Given technological advances, the veritable explosion in their usage, their capacity to carry heavier payloads and their ability to travel vast distances, the potential for injury or damage resulting from drone operations is ever increasing. Their increased deployment through transport and delivery services in high density population areas will further enhance personal injury and property damage risks.

Regulatory authorities across the globe are grappling with the task of incorporating drone operations into aviation and other regulatory frameworks, while the range of applications for drone use – both commercial and recreational – is ever expanding.  This exponential growth in the use and deployment of drones poses challenges for regulators, and also insurers. Currently, for example, one of the most significant issues from a regulatory perspective is the lack of clarity regarding regulation for recreational drone use, despite the fact that drone use is increasing day by day. The increase in drone use both recreationally and commercially also brings with it a risk of significant damage to people and property – the past few years have seen a number of incidents and also very significant near-misses which, if the risk had eventuated, would have resulted in major losses.

Given the regulatory uncertainty, the ongoing development of insurance products by insurers has played and will continue to play a significant role in understanding and mitigating the risks associated with drone operations. In this context, as is usually the case with other emerging risks insurance has a role to play in not only responding and providing cover for the risks as they are currently understood (and for which data is available), but also in shaping, refining and predicting the ongoing and future risk environment.

Some of the key risks associated with drone operations are not likely to change.  Other risks will emerge. At present, some of the extant risks include first party damage to the drone and related components, first party drone loss, third party liability including injuries to others, damage to property and nuisance, and breach of privacy.  There are also costs of expenses incidental to each of those risks when they occur, such as investigation and legal expenses.

The insurance industry initially adopted an approach to drone insurance using standard aviation wordings on an annual basis, adapting those policies by removing coverages such as passenger liability. However, the recent and rapid growth of industries which have expanded their business activities to include some drone operations, together with the proliferation of the recreational drone market and its ongoing expansion, have led to the development of a range of further innovative insurance solutions to meet that demand. In addition to providing add-on or write back cover within existing lines of insurance to encompass drone operations, insurers have responded by developing bespoke policies and on-demand "pay as you fly" products.

In relation to recreational operators of drones, the vast majority of recreational drone operators are unlikely to be insured to cover damage or injury caused by devices under their control. Some operators will purchase a specialised public liability product for the use of their drone and some others may have recourse to third party liability cover under their home and contents insurance where damage caused by a drone occurs on the insured property. Whether a home and contents policy will provide third party cover for such damage will, of course, depend on the wording of the policy. For example, some commonly available home and contents policies contain express exclusions for legal liability arising out of an accident involving a drone and most home and contents policies exclude cover where the liability relates to commercial endeavor; that is, being used for business purposes.

Given the evolving and complex environment of drone insurance, diverse approaches are needed to meet demand in relation to the commercial, quasi-commercial and recreational proliferation of drones, and to meet demand in industries which have expanded their business activities to include drone operations.

Globally there are differences in opinion or approach in relation to compulsory third-party liability insurance for drones. This is not surprising. Inevitably there will be significant variations in drone regulations and insurance requirements from country to country as regulatory authorities struggle to adapt current and prospective laws to new technology and to national social, economic and political priorities.

In many jurisdictions, such as the UK and the EU, compulsory insurance requirements are already in place with commercial and recreational drone operators required to have cover dependent upon the risk their operations pose. Factors such as weight and specifications of the drone and the operation it is intended to undertake determine the level of risk. Conversely, in the USA, Australia and New Zealand, for example, drone operators are not at present required to take-out third-party liability insurance, but such cover is strongly recommended.

Globally a good model for jurisdictions to consider in relation to compulsory third party insurance could be the Automated and Electric Vehicles Act 2018 (UK), which introduced an extension to existing motor accident injury schemes to cover crashes caused by automated vehicles.

A similar treatment to the proposed uses of UAVs could provide a regulatory framework for mandating liability insurance for operators and ensure that members of the public have recourse to compensation in the event of drone accidents occurring.

There is little doubt that the increasing use of drones in high density population areas will also focus regulators’ minds on compulsory third party liability cover – particularly for recreational users, who may be less mindful of litigation risks than commercial drone users.

Finally, it should be noted that the benefits of public liability insurance cover extend far beyond individual compensation. Coupled with a robust registration regime, operators with insurance cover become more visible, accountable, and traceable in the case of an accident or incident. Formal registration, certification of the operator and mandatory insurance cover, may act as a deterrent for unsafe flight. 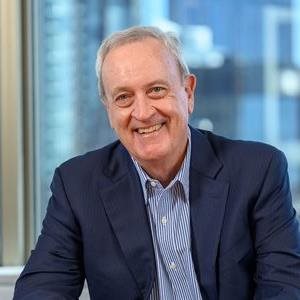 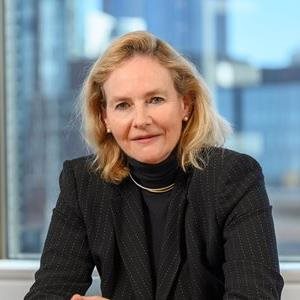