Can you still enforce awards in Germany that have been set aside?

This is the fourth article in Clyde & Co’s international arbitration series covering the possibility of enforcing arbitral awards that have been set aside by a court in the seat of arbitration. In this piece, associate Victor Gontard from our Munich office provides the German law perspective.

The first issue to confront is what qualifies as a foreign award. Among several theories suggested to settle this question, the “territorial” approach has emerged in line with a reform of the ZPO, which now makes the place of arbitration in Germany the key criterion for the applicability of the provisions of the ZPO. Thus, German courts will consider an award to be foreign if the place of arbitration is located outside Germany.

As provided by Section 1061 of the ZPO, the recognition and the issuance of a declaration of enforceability of a foreign arbitral award by a German court is governed by the provisions of the New York Convention of 1958 (NYC). Therefore, recognition and enforcement may be refused by a German court if one or more grounds for refusal listed in Section 5 of the NYC exist. This covers the situation where an arbitral award has been set aside or suspended by a competent authority of the country in which (or under the law of which) such arbitral award was made (Section V(1)(e) of the NYC).

German courts usually limit their review to the question of whether the requirements or grounds for refusing a declaration of enforceability pursuant to Section V of the NYC exist or not. In principle, German courts seem to consider that the mere existence of a decision of a competent court setting aside the arbitral award would constitute a sufficient ground to hinder its recognition and enforcement.

The Federal Court of Justice, Germany’s supreme court, has not issued a ruling that conclusively settles the question of whether a German court may enforce an award that has been set aside by a foreign competent court. Certain German commentators consider that the formulation of Article V(1)(e) NYC, stipulating that a court may refuse the enforcement of an arbitral award that has been set aside, is to be interpreted as if may means must. However, this approach is controversial and other prominent commentators take the opposite view.

The more restrictive approach arguably loses part of its relevance when the parties involved are from the contracting states of the European Convention on International Commercial Arbitration of 21 April 1961 (EuC). Article IX of the EuC limits the application of Article V(1)(e) of the NYC to decisions setting aside an award on the four grounds listed exhaustively in the same Article IX of the EuC. A decision refusing enforcement in Germany should therefore be preceded by a review of the reasons for setting aside the respective award to confirm that such decision is based on one or more grounds set out in Article IX of the EuC. In such circumstances, it is difficult to justify the German courts only considering the existence or otherwise of a decision to set aside the arbitral award.

A decision rendered in 2008 by the German Federal Court of Justice illustrates the uncertainty surrounding this point (BGH, 21.05.2008 - III ZB 14/07). The Highest Regional Court (Oberlandesgericht, OLG Dresden) of Dresden was asked to recognise and enforce an arbitral award rendered by an arbitral tribunal formed under the international arbitration rules of the Belarusian Chamber of Commerce and Industry (BCCI). The award had been set aside by the Supreme Economic Court of Belarus based on an alleged infringement of the BCCI rules regarding the composition of the arbitral panel. The applicant argued that the annulment of the award by a Belarusian court was nevertheless unlikely to hinder its enforceability in Germany.

Interestingly, the OLG Dresden did not base its refusal to recognize and enforce the award on the mere existence of a decision rendered by a competent Belarusian court. Instead, the OLG Dresden conducted a substantive review of the annulment decision to determine whether the arbitral award had been correctly set aside (“im Ergebnis zu Recht”). This review led the OLG Dresden to the conclusion that the setting aside of the award was justified considering the alleged procedural infringement.

The applicant subsequently filed an appeal to the German Federal Court of Justice. However, the Court did not explicitly comment on the approach taken by the OLG Dresden but upheld the decision refusing enforcement of the award simply by reference to the existence of a ground for refusal pursuant to Section 5(e) of the NYC.

The decision of the German Federal Court of Justice therefore leaves room for interpretation as to the nature of the review to be carried out by German courts when deciding on the enforcement of a foreign award set aside by a competent court. The lack of subsequent conclusive decisions in this respect leaves open the question whether the decision of the OLG Dresden is an isolated one or whether it reveals a trend towards substantive review of decisions setting aside foreign arbitral awards.

In summary, as long as an order setting aside of an arbitral award has been issued by a competent court, a German court will in principle refuse the enforcement of the award. However, in the absence of a decisive ruling by the Federal Court of Justice to the contrary, a move towards a more “recognition-friendly” approach is not excluded. The judgement of the OLG Dresden mentioned above is an expression of a potential (slow) evolution in this direction. Indeed, one cannot exclude the possibility that the German view will converge with that of certain other jurisdictions where the binding effect of an arbitral award is not systematically superseded by an annulment judgment of a relevant national court.

In time with Spain’s “Open de Arbitraje 2022” which runs on 4-5 May, this series will conclude next week with the Spanish law position on enforcing arbitral awards that have been set aside. 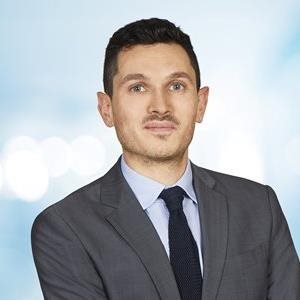