Following our previous article, in which we discussed carbon capture and storage in order to produce blue Hydrogen, we would like to analyze the current permits, that are already contemplated in Mexican Regulations and could be transposed to regulating Hydrogen Generation.

Mexico’s Environmental Law (General Law of Ecological Balance and Environmental Protection) establishes that any entity that carries out activities that can be considered as hazardous requires an environmental impact assessment and a risk assessment which considers the environmental risks that each activity generates.

These Assessments will be necessary in order to determine the mitigation measures and other necessary measures to avoid and to reduce the negative effects related to a hydrogen project, taking into consideration that hydrogen is a highly volatile and flammable element.

According to the Law of National Waters, the exploitation or use of national waters for desalination purposes must be carried out by means of a concession of use of water issued by the National Water Commission (CONAGUA, for its Spanish acronym).

Additionally, the Law of National Waters regulates water use in electric power generation indicating that:

“Article 80. Individuals or legal entities must request a concession from “the Commission” when they require the exploitation or use of national waters for the purpose of generating electric power, under the terms of the applicable law on the matter.”

In this regard, the Regulations of the Law of National Waters indicates that in the application for the concession for the exploitation or use of national waters for the production of electric energy or driving force, the applicant must submit before the CONAGUA (i) the constructive project to be developed, (ii) the use that will be given to the water, (iii) the water return site, and (iv) the actions to be carried out in terms of control and preservation of water quality and environmental impact, prevention and control of floods, and prevent the disruption of stream flows.

Hence if water will be extracted in order to generate hydrogen, the companies that will be carrying out this process will require a Concession for use of Water.

According to the Law of National Waters, a wastewater discharge permit, issued by the CONAGUA, is required for permanent or intermittent discharge of wastewater.

If water is desalinated, as it is the case for some ways of producing Hydrogen, it can generate brine which is discharged into receiving bodies, i.e., national waters, national property, or other lands when they may contaminate the subsoil or aquifers.

Hence a water discharge permit may be required in order to generate Hydrogen in Mexico.

Concession of the Federal Maritime Terrestrial Zone (ZOFEMAT, for its Spanish acronym)

The General Law of National Assets defines the ZOFEMAT as a common use asset, and in order to have the right to use or exploit it in a sustainable way, a concession, granted by the SEMARNAT through their Federal Delegations, must be obtained.

Some Hydrogen production facilities may be close to the coast, hence said facilities will require a concession in order to build and operate their installations, as long as the same is not located in a port or terminal that has already obtained said concession.

Pursuant to the provisions of the Electricity Industry Law (LIE, for its Spanish acronym) and its Regulations, those who aim to develop an electricity industry project must submit before the Ministry of Energy (SENER, for its Spanish acronym), a Social Impact Assessment that includes the identification, characterization, prediction, and assessment of the possible social impacts that could result from the activities of the project to be developed.

Consequently, this permit will be applicable to projects for the generation of Hydrogen, considering the fact that hydrogen is highly volatile this social impact assessment may require a prior consultation with the population that is close to the project.

According to the Hydrocarbons Law, the Energy Regulatory Commission (CRE, for its Spanish acronym) will issue the pertinent permits for the regasification of hydrocarbons, petroleum products or petrochemicals. In addition, the Regulation of the activities referred to in the Third Title of the Hydrocarbons Law indicates that regasification permits will be granted to those who have systems through which the natural gas in liquid phase is subjected to a process to gasify it, with the purpose of injecting it into a pipeline system or in exploitation facilities.

Considering that Hydrogen is subject to the same process than natural gas, when it comes to its liquefaction and regasification, we are of the opinion that these permits could also be applied to hydrogen generation.

According to the Hydrocarbons Law, the CRE will issue the permits for the transport and storage of hydrocarbons, petroleum products or petrochemicals. In this regard, the CRE may analyze its impact on the efficient development of such activities and the common infrastructure needs in the corresponding region, and it may require that the nature and scope of the facilities be modified.

It is noteworthy that transportation by pipelines must comply with the General Administrative Provisions that provide the Guidelines on Industrial Safety, Operational Safety and Environmental Protection for land transportation of oil, petroleum products and petrochemicals by means of pipelines, published on the Official Federal Gazette (DOF, for its Spanish acronym) in March 2017.

These permits are already used for the transport and storage of natural gas; hence they can be adapted for the storage and transport of Hydrogen.

Currently there are no permits for CCS, however, the General Law on Climate Change establishes that in order to reduce emissions, the agencies and entities of the federal public administration, Federal Entities and Municipalities, within the scope of their competence, will promote the design and development of mitigation policies and actions, including carbon capture in the agriculture and forest sectors and other uses of land.

Even if there are no specific permits for the generation of Hydrogen in Mexico, several of the permits that are in place for natural gas can be adapted in order to regulate Hydrogen generation, its transport and storage.

If you have any comments or questions, please contact Enrique.garzatello@clydeco.com. 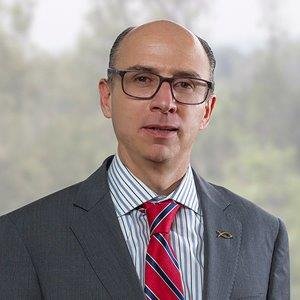