With Brexit now a reality, and the growth of Asian arbitral seats, one wonders what does the future hold for more traditional seats such as London, Paris and Switzerland. Their profile is strong but is their position as global hubs sustainable? Are there any emerging global dispute resolution hubs?

The undeniable positive development is the steady increase in the number of cases reported by all arbitral institutions combined with the growth of ad hoc arbitration. The subject matter of arbitration cases has now expanded to include financial matters, fintech, TMT, energy transition, life sciences and so many other new matters.

Most major cities compete to attract arbitration work as there is now support for the proposition that arbitration contributes to the local economy: Singapore, Mauritius, London, Paris, New York, and other cities have marketed themselves as arbitral seats.  London generally appears to be the preferred seat with Singapore and Paris being very popular. Switzerland, Hong Kong and New York are also major strongholds.

According to empirical data, the most significant factors one expects to see at a preferred seat include the legal infrastructure at the seat, including both the national arbitration law but also the track record in enforcing agreements to arbitrate and arbitral awards in that jurisdiction and the jurisdiction’s neutrality and impartiality. The law governing the substance of the dispute is also relevant to the choice of seat, almost as important as convenience, i.e. location, industry specific usage, prior use by the disputing parties and their legal representatives, established contacts with lawyers in the jurisdiction.

In terms of general infrastructure, cost is the most important aspect that influences that choice of seat, followed by good transport connections and hearing facilities (as well as the availability of ancillary professions, including translators, interpreters and court reporters). Efficiency and promptness of court proceedings is also very important, followed by an accessible language and cultural familiarity.

Against this background, it is undisputed that of the traditional seats, London is still the one that does best in the last fifteen years with Paris and New York starting to slowly lag behind. The reason for London’s popularity must be the dominance of English language, the accessibility of English law (England attracts the highest number of foreign law students), the enduring appeal amongst Commonwealth countries and the appeal of London amongst “new arbitration markets”, e.g., Middle East. At the same time, regional arbitration centres solidify their global position as disputes hubs.

We should specifically note the strong positions of Singapore, and to some extent, Hong Kong, and also the strong position of Cairo and Dubai. There seems to be no regional leader in Latin America or in Africa, although Brazil has shown very strong domestic and regional growth and Cairo shows good numbers of cases.

A final comment would be that, although it is commonplace that the UNCITRAL Arbitration Model Law, in its 1985 and 2006, versions represents international standards, it appears that two thirds of arbitration cases are seated in non-Model Law countries. It seems, that the Model Law alone is not sufficient to establish a country (or city) as a seat of arbitration. One cannot underestimate not only the importance of local judiciary, legal and ancillary professions and general infrastructure such as hotels, transport links and hearing rooms, but also of sustained marketing through conferences, tax incentives and promotion through arbitration institutions. And the competition is rather fierce!

This must be good news for users of arbitration services: competition is normally a very good thing for consumers of services. There is more choice and better awareness amongst seats as to what is needed to solidify their global positions. Hence competent legal advice and careful drafting of arbitration agreements is always very important. 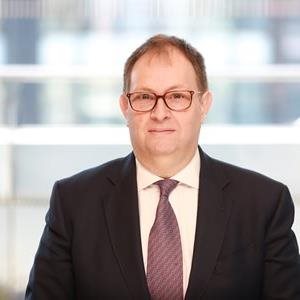