Building Safety Act 2022 now in force: what does this mean for real estate developers?

The long-awaited Building Safety Act 2022 (the Act) received Royal Assent on 28th April 2022 and the full text of the Act was published last week. The Act is expected to be fully in force within the next eighteen months, but some key provisions will come into effect sooner and developers, particularly those of ‘higher-risk buildings’, need to prepare for the impact of the Act now.

The long-awaited Building Safety Act 2022 (the Act) received Royal Assent on 28th April 2022 and the full text of the Act was published last week.

In our Real Estate Visions 2022 article Building Safety Bill: high stakes for ‘high-rise’ developers, published earlier this year, we highlighted the practical steps that developers should take throughout a high-rise building’s lifecycle in anticipation of the Building Safety Bill becoming law. Now that the Act has been passed, we set out below some of the key measures to impact developers and some last-minute changes that were made to the Bill during the final stages of its passage through Parliament.

A significant measure is the extension of the statutory limitation period during which homeowners may bring a claim against developers, contractors, and professional consultants if their dwelling is ‘not fit for habitation'. The Act extends the limitation period under the DPA from six years to fifteen years in respect of any work carried out on or after 28 April 2022 (including new builds, refurbishment and rectification works) and, retrospectively, to thirty years for any work completed before 28 April 2022.

The new limitation periods come into force two months after the date the Act was passed (28 June 2022) and so developers must act now to update development agreements and construction contracts to ensure any extended DPA liability is ‘backed off’ with contractors and the professional team.

A late addition to the Bill (and subsequently the Act) is the concept of remediation orders and BLOs.

Remediation orders can be issued against landlords and their associated companies, requiring them to remedy ‘relevant defects’ that cause a ‘building safety risk’ (not limited to risks arising purely from defective cladding) within a prescribed period.

BLOs can be granted by the High Court to extend the specific liabilities of one body corporate (eg a company or limited liability partnership) to any of its associates (eg parent and sister companies) and make them jointly and severally liable. This is intended to address the fact that many developers use Special Purpose Vehicles to deliver projects, and those SPVs may have been wound down and so are no longer a recovery target for leaseholders.  BLOs can cover a claim under the DPA or any claim resulting from ’building safety risk’.

Developers of new build homes must provide buyers with a new homes warranty lasting for fifteen years. This requirement will come into force under secondary legislation, expected in the next twelve to eighteen months.

The requirement on ‘dutyholders’ (which, during design and construction, captures developers) to maintain a ‘golden thread’ of building information at all times throughout the lifecycle of higher-risk buildings was a key concept of the Bill and has taken on a life of its own in the Act. Secondary legislation and guidance will provide further details of the golden thread obligations.

The delivery of the golden thread requirement is closely linked to another key concept of the Act - that dutyholders must be ‘competent’(ie have the necessary skills, knowledge and experience) for their role.

Developers have only twelve to eighteen months until these requirements come into force, so should be putting the necessary recording practices in place and assessing their own and their professional teams’ competence now.

One of the most controversial changes made to the Bill during its final stages was the removal, on cost grounds, of the proposed role of Building Safety Manager (ie a person intended to take on day-to-day duties for assessing and managing building safety risk for 'higher-risk' buildings during the occupation phase).

Under the Act, these new duties remain but the role will now fall to the ‘Accountable Person’ for the building (ie the person(s) who either has the legal estate in possession of, or is under a relevant repairing obligation for, any part of the of the common parts of the building).  Given the extensive nature of the new health and safety duties, it is highly likely that landlords will employ professional managers to carry out this role, the cost of which could ultimately fall on leaseholders.

Secondary legislation is awaited, with further details and the timing for implementation of these provisions.  Developers and landlords should note that all occupied ‘higher-risk’ buildings must be registered with the new Building Safety Regulator by October 2023.  Failure to register is a criminal offence.

Originally, the Bill provided for landlords to charge tenants a separate Building Safety Charge to pass on certain costs incurred by the landlord in meeting building safety duties. Late in the day, the Building Safety Charge was removed from the Bill and new provisions limiting the costs which can be passed on to tenants for remedying building safety defects have been included in the Act.

No costs for the replacement of defective cladding will be recoverable from tenants. Instead, building owners or developers will be responsible for these (government funding may be available for some of the costs).

Landlords may pass on some of the costs of remedying other building safety defects to tenants through the service charge payable under certain leases, but the Act contains controls on what can be included in the service charge and a statutory cap on the amount that can be charged.

These provisions will come into effect two months after the date the Act was passed (ie 28 June 2022).

As can be seen, the Act introduces significant changes for the real estate and construction sectors.  Developers, particularly of ‘higher risk’ buildings, must be up to speed with the new requirements, some of which will come into effect shortly. 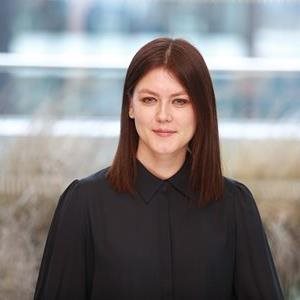 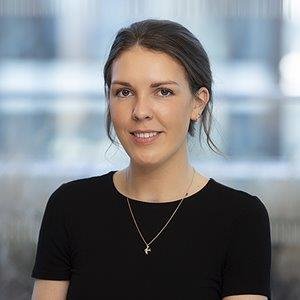