In November 2021, the Financial Conduct Authority (FCA) published its review into mortgage prisoners. The review considers the effect of the regulatory interventions imposed by the FCA in recent years to assist mortgage prisoners, as outlined in our previous insight. The review also sets out data to enable the Government and the mortgage industry to consider further solutions to help affected borrowers. We summarise below the FCA’s findings and comment on the effectiveness of its interventions.

What are mortgage prisoners?

The FCA defines “mortgage prisoners” as borrowers who are up to date with their payments, but cannot switch to a different lender or product when it might benefit them to do so. This is because they have loan and/or borrower characteristics that are outside current lender risk appetite.

Some stakeholders define “mortgage prisoners” differently, by reference to a wider group of borrowers, including those who are not up to date with payments. These same stakeholders criticise the FCA’s restriction of the term, arguing that those who are behind on payments are in such a situation simply because they are paying much higher rates, particularly on interest-only mortgages.

The difficulties facing mortgage prisoners stem back to the major changes in lending practices during and immediately after the 2008 financial crisis. Some lenders became “inactive” and stopped competing in the mortgage market for new customers. Notable examples are Northern Rock and Bradford & Bingley following their nationalisation and subsequent restructuring. Other active lenders stopped offering new introductory rates to their existing customers or sold mortgages to inactive lenders.

As a result, despite previously qualifying for a mortgage, borrowers found that they were often unable to re-mortgage with their existing lender or re-mortgage with another provider as they did not now pass the stricter affordability requirements introduced by the Financial Services Authority (now the FCA) following the financial crisis. These borrowers became “trapped” in paying higher interest rates than those offered by active lenders in the mortgage market.

The FCA began a review of the mortgage market in 2016.  As a result of its consultations, the following measures were introduced to reduce barriers to switching:

The purpose of this data is to assist the Government and industry to consider if there are further practical and proportionate solutions that will enable borrowers to switch their mortgage where they would benefit from doing so. The FCA has pledged to continue to provide any further regulatory assistance that may be needed.

The review also considers the effect of the FCA’s recent interventions to remove regulatory barriers to switching for these borrowers, namely the modified affordability assessment and the intra-group switching rule.

Intra-group switching rule: A small number of financial groups have both an active lender and a closed book that is in a different entity to the lender. The FCA found that, as result of its rule that active lenders no longer have to make an affordability assessment when they offer a new deal to borrowers in closed mortgage books of a lender in the same financial group, most, but not all, borrowers in this situation have, or will have, access to new deals. Aside from this comment, the FCA’s report offered little update on the effectiveness of this rule change.

Only 200 borrowers have been directly helped to switch to a new deal as a result of these changes. Of the small number of borrowers who applied to lenders, the majority have borrower/loan characteristics that do not meet lenders’ credit risk appetites.

However, over 2,000 borrowers were able to switch to another lender without using the modified affordability assessment. Although the FCA cannot be certain, it anticipates some of these borrowers might have been prompted to switch by its requirement for inactive firms to contact customers about their options.

The FCA estimates that around 6,000 mortgages held by mortgage prisoners might be close to the risk appetite of lenders. The FCA’s review encourages lenders to consider whether they can adapt their lending criteria, or use the flexibility in the FCA’s rules, to lend to closed book borrowers who are close to meeting their lending criteria at a lower rate or a rate that enables them to fix their payments if they want to.

It is clear from the FCA’s review that its interventions have had a limited effect to date, possibly because the measures are largely voluntary.  The FCA has referred in particular to the limited lender appetite to introduce a modified affordability assessment and whilst some lenders have adopted this proposal, not all have. The FCA acknowledged, at the time of implementing the measures, that they would only benefit a small proportion of the mortgage prisoner population and, even then, mainly those that were already in the strongest financial positions.

Further, the FCA’s measures do little to assist the elderly. Age appears to be a factor that makes many mortgage prisoners unattractive to other lenders, with research suggesting that almost twice as many people with inactive lenders are over the age of 56, and almost four times as many are aged 76 or over. A large outstanding balance later in life makes finding an alternative lender even more difficult.

Critics remain unsatisfied, as do the mortgage prisoners themselves.  Our previous insight discussed one example of this - the ongoing group action litigation, led by Harcus Parker, by individuals who consider themselves to be mortgage prisoners and the possible causes of action. It remains unclear where this litigation stands.

Life for mortgage prisoners looks set to become increasingly difficult. In 2021, MPs voted against a cap on SVRs that would have limited the amount lenders could charge to a rate of two percentage points above the base rate. Further, for the fourth time in quick succession, the Bank of England base rate increased from 0.75% to 1% in May 2022, with the effect that the repayments on tracker mortgages will increase and lenders may also increase their SVRs. As such, there will likely be a disproportionate impact on mortgage prisoners. Whilst the FCA considers the total number of mortgage prisoners to be reducing, mortgage prisoner litigation of some degree, could continue for some time. 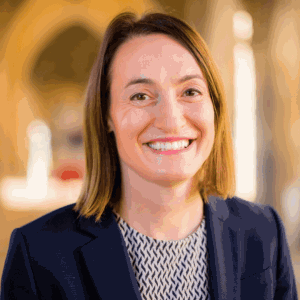