Our previous articles in our Corporate Governance in 2022 series have looked at the strengthened legislative and regulatory regime in Australia with respect to climate risk and compliance risk. This article explores various legislative reforms in Australia that will directly affect Australian businesses engaged in international trade and commerce including sanctions, anti-money laundering and counter-terrorism financing and modern slavery. We discuss recent and anticipated legislative developments in Australia and highlight the measures that boards should expect to be in place within an organisation to ensure compliance.

Given the global exposure of many Australian companies, either directly through their own customer base or through their supply chains, it is important that boards are aware of various legislative reforms in Australia that directly affect international trade and commerce.

Governments around the world are increasingly working together to impose financial sanctions to achieve geopolitical outcomes, and coordinate laws against terrorism financing and money laundering to strengthen the security of the global financial system.  The issue of modern slavery has also resulted in the introduction of reporting requirements in a number of jurisdictions.

In this update, we discuss recent and anticipated legislative developments in Australia and highlight the measures that boards should expect to be in place within an organisation to ensure compliance.

In response to the ongoing war in Ukraine, Australia has imposed extensive financial sanctions against over 800 individuals and 60 entities. Australia’s approach is in lockstep with other foreign governments including the United States, Canada, the United Kingdom and the European Union.

The sanctions imposed against the Russian entities include targeted financial sanctions (asset freezes) which make it illegal to deal with, or provide assets to, designated individuals or entities.

As part of the Government’s strategy to target areas of economic or strategic significance to Russia, Australia has also imposed trade embargoes encompassing a broad range of arms and weapons, natural resources and luxury goods.

The breach of an Australian sanction is a criminal offence subject to strict liability. However, for companies (bodies corporate), there is a defence available if the company has exercised due diligence and taken reasonable precautions to avoid breaching sanctions.

This due diligence defence has not been tested by Australian courts in the sanctions context, and there is no statutory guidance on what counts as ‘due diligence’ and ‘reasonable precautions’ in the circumstances. However, it is important that companies consider deploying risk management tools (such as sanctions training, screening for sanctioned persons as part of payment processes, and undertaking internal audits) to ensure that there is an awareness of potential sanctions exposure and an ability to manage such risks.

Organisations that may be at high risk of exposure to sanctions regimes may also want to consider engaging a third party to carry out an independent sanctions risk assessment to assess the policies and processes within an organisation to identify and manage sanctions risk.

The Anti-Money Laundering and Counter-Terrorism Financing Act 2006 (AML/CTF Act) sets out the regulatory regime, including reporting requirements, for entities who provide ‘designated services’. The designated services currently specified in the AML/CTF Act as those which have been determined to pose the greatest risk of money laundering and/or terrorism financing.

In March 2022, the Federal Senate Legal and Constitutional Affairs References Committee released its report in relation to the adequacy and efficacy of Australia’s AML/CTF Act and whether the regime should be extended to cover other businesses.

The Committee recommended the inclusion of the additional non-financial businesses and professions in the AML/CTF regime. The additional businesses and profressions to be covered by the AML/CTF Act would include 'professional facilitators' or 'gatekeeper professions' such as real estate agents, lawyers, notaries, other independent legal professionals and accountants, trust and company service providers and dealers in precious metals and precious stones.

The potential inclusion of additional businesses in the AML/CTF regime has been discussed for a number of years and there has been increasing support for this reform in Australia. Although Australia was a founding member of the Financial Action Task Force (which oversees the global implementation of AML/CTF legislation) it is one of the few founding countries that has not yet extended regulation to the ‘gatekeeper professions’.

The other area of focus for AML/CTF regulation is cryptocurrency. The Australian Transaction Reports and Analytics Centre (AUSTRAC) has been tasked with the regulation of digital assets since 2018, where any digital currency exchange must register with AUSTRAC in order to demonstrate the processes they have in place to meet their AML/CTF obligations.

Earlier this year, AUSTRAC released its Financial Crime Guide ‘Preventing the Criminal Abuse of Digital Currencies’ designed to aid Digital Currency Exchange providers in understanding, identifying, and reporting criminal activity facilitated through digital currencies. It is expected that the Government will look to license digital currency exchanges and introduce custody requirements for cryptocurrency assets in the future.

The proposed reforms are designed to remedy the gaps in the current AML/CTF landscape created by expanding roles for the ‘gatekeeper professions’ and technological innovations. We anticipate that legislative reforms will be introduced to deal with these issues and more stringent enforcement on the part of AUSTRAC will follow.

Businesses who may be affected by the reforms will have the opportunity to contribute through public consultation processes but should not expect a lengthy transition period if legislation is introduced. Any improvements that can be made to the ‘know your customer’ process in advance will ease the regulatory burden down the track. All companies should expect that procurement of services from ‘gatekeeper professions’ will also be subject to greater scrutiny.

After a legislative review found constitutional difficulties with NSW having its own modern slavery regime, the amendments remove the requirement for businesses operating in NSW to prepare a modern slavery statement. The NSW modern slavery regime will still apply to Government entities and an Anti-Slavery Commissioner has been appointed to oversee the regime in NSW.

The only modern slavery reporting requirements for businesses in Australia are now those set out in the Commonwealth Modern Slavery Act 2018 (Cth).

An Australian entity or an entity that carries on business in Australia with total revenue over $100 million for a reporting period, is required to issue a modern slavery statement and it must be approved by the principal governing body of the organisation (e.g. for a company – the board of directors).

The Review of the Commonwealth Modern Slavery Act 2018 was announced in March 2022. The terms of reference include assessing whether civil penalties should apply to enforce compliance and the appropriateness of the $100 million reporting entity threshold.

The requirement for board approval of a modern slavery statement demonstrates that the approach organisations take to dealing with modern slavery risks should be driven by the “tone from the top”.

In our last article, we discussed the trends in modern slavery reporting and the need for organisations to carry out due diligence across the supply chain, scrutinise supplier activities and train staff to raise awareness across high risk areas of the business.

In signing off modern slavery statements, points for boards to consider include:

As the Review is finalised later in 2022, boards will need be alert to the possibility that further reforms may be introduced to the Commonwealth’s modern slavery reporting regime in the future. 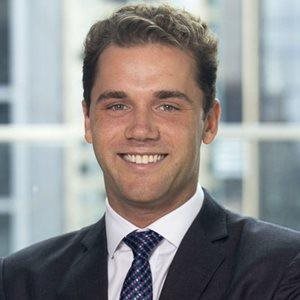