Judgment was recently handed down in the case of Muyepa v Ministry of Defence [2022] EWHC 2648 (KB). It is a case that has already attracted media coverage due to the nature of the claims brought (and surveillance obtained) and now the finding that the claimant was Fundamentally Dishonest.

As part of the judgment, the court also provided a useful reminder of what is required from experts (particularly care experts), their duties and what is expected of them.

The judge was critical of both the care expert and employment expert instructed by the claimant, stating

“Experts should constantly remind themselves through the litigation process that they are not part of the claimant’s or defendant’s “team” with their role being the securing and maximising, or avoiding or minimising, a claim for damages. Although experts always owe a duty to exercise reasonable skill and care to those instructing them, and to comply with any relevant professional code, as CPR 35.3 expressly states they have, at all times, an overriding duty to help the court on matters within their expertise. That they have a particular expertise and the court and parties do not (save in some professional negligence claims) means that significant reliance may be placed on their analysis which must be objective and non-partisan if a just outcome is to be achieved in the litigation.”

The judge was keen to emphasise that experts should consider all material facts, including those that might detract from their opinions and the need under part 35 CPR to deal with any range of opinions.

The court reviewed whether care, and /or aids or equipment are reasonably required commenting that damages will not be recoverable if the cost is disproportionate to the benefit and that it is necessary to consider the interaction of care and equipment /aids.

After hearing evidence, the claimant’s expert realised that the significant figures she had allowed in her reports for care were unsustainable. However, despite being given an opportunity to provide a revised report /recalculation during the trial (and before she gave evidence), she did not.

The court also found that, if an aid/piece of equipment enables a claimant to do tasks for himself/herself, it may remove or reduce the reasonable necessity for care to assist with that task. Also, if care/aids or equipment are used to confer therapeutic or pleasurable benefits, consideration should be given as to whether any loss which is sought should be assessed as part of the claimant’s general damages. Further, if a reasonable requirement is identified, it is then necessary to consider 2 additional questions:

Here, the claimant’s expert came under criticism for recommending a number of items, such as kitchen equipment, apparently without any thought as to whether they were ordinary household items or not. Also, there was a recommendation for the cost of breakdown roadside assistance but the expert could not say if she had asked the claimant whether he had had it pre-NFCI or would have been likely to purchase it once he left the army, in any event.

It is also of particular interest that the judge commented that the claimant’s care expert had been preparing reports solely on behalf of claimants for 9 years. Acknowledging the risks of that, he stated “in my view the risk came to fruition and the reports she prepared contained some partisan views designed to maximise damages for the claimant rather than recommendations made, as they should have been, after balanced and objective application of the relevant principles”.

Conversely, it was noted that the defendant’s expert had a balance of instructions- roughly two thirds defendant and one third claimant. After a review of surveillance evidence (which ultimately resulted in the claim being dismissed) and the defendant’s expert stating that the evidence gave her “an awful lot more” than she gained from her initial assessment and showed a completely different level of function to what had been explained to her, the judge preferred her evidence.

With ever increasing care claims, this is a timely reminder of the obligations and requirements that the courts place on care experts. It was specifically mentioned in the case that comparatively few cases reach a final hearing where the issues of care/aids and equipment are contested and, as a result, few reminders are given by the courts of the correct approach to be adopted. With many reports failing to properly analyse what should be claimed/funded, it is all the more important to properly interrogate opponent’s (as well as your own) care evidence. 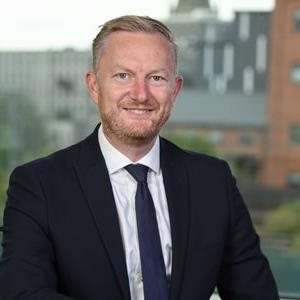