PFAS (per- and polyfluoroalkyl substances) are man-made chemicals which have been used in various products ranging from food packaging to waterproof clothing, to non-stick cookware and firefighting foams for decades. Despite their utility, in recent years the scientific community has started waking up to the risks that these chemicals present to public health and the environment. So too have regulators and, more recently, litigants.

In this article, we explore:

What makes these chemicals harmful?

PFAS are often referred to as ‘Forever Chemicals’ because their specific molecular structure means that they do not biodegrade, or do so extremely slowly. This longevity in the environment, coupled with their widespread use, has meant that they have been detected widely in the air, soil, water (including drinking supplies), animals and humans across the globe. As an example, last month it was reported that PFAS have been found in every one of nearly 30,000 samples of babies’ umbilical cord blood tested across 40 studies conducted over the last five years[1]. This is concerning because current research links PFAS with various health issues including thyroid disease, increased cholesterol, inflammatory bowel diseases and various forms of cancer[2].

How PFAS are regulated

Although there are over 4,700 chemicals in the PFAS category, only two (PFOS and PFOA) are widely regulated.

Internationally, both fall within the scope of the Stockholm Convention on Persistent Organic Pollutants 2004[3], which seeks to limit and eventually eliminate the use of PFOS and PFOA. The EU and UK have followed suit with their own POPs regulations to limit the use of these chemicals.

The concern with current regulation, however, is that their specificity permits what is referred to as ‘regrettable substitution’ of regulated types of PFAS with unregulated types, but without any assurance that these are any less problematic. Indeed, in 2019 the Chemtrust noted that ‘recent studies have started to reveal that some alternative PFAS could be as toxic as the ones they replace’[4].

The EU, in particular, has announced an intention to regulate the entire category of PFAS chemicals uniformly, with restrictions potentially coming into force as early as 2025[5].  The US is also seeking to regulate PFAS as a collective via legislation such as the federal PFAS Action Act[6], although Senate approval is required before it becomes law.

PFAS-related claims first began in the early 2000s in the US with the DuPont litigation, in which residents of a West Virginia town sued DuPont in relation to the contamination of their water supplies with PFOA from DuPont’s manufacturing plant. This resulted in the creation of a Science Panel which found a ‘probable link’ between PFOA and six diseases. DuPont then settled 3,500 related personal injury claims at c. USD200,000 per claim.

A Multi District Litigation has been established in North Carolina concerning PFAS contained in Aqueous Fire Fighting Foams. This is part of a growing trend of environmental product liability claims against manufacturers. The MDL now contains over 2000 claims, which are broadly made up of:

The first cases in the MDL are due to be heard in the spring of 2023.

Other PFAS-related class actions have also been brought, such as the action by the residents of Hoosick Falls, which secured a settlement of $65 million earlier this year from manufacturers Saint-Gobain, Honeywell and 3M in relation to the alleged contamination of the town’s water supply.

More recently, we have also seen cases brought against fast food manufacturers McDonalds and Burger King by their customers, who allege that the corporations’ food packaging contains PFAS and is therefore unsafe.

Given the widespread use of PFAS across a variety of industries, and the evolving understanding of the harmful effects of these compounds, it is likely that the number of PFAS-related claims will only increase in coming years.

As the number of PFAS-related claims grows, it is important for insurers to consider the extent to which their policies might be affected. Product liability, employer’s liability, public liability and environmental liability policies might all be susceptible to being triggered by PFAS claims.

From an underwriting perspective, insurers may wish to consider the extent to which they are comfortable with underwriting PFAS as a risk going forward.

From a claims perspective, the growing body of notifications means that a number of key coverage issues are starting to emerge, which insurers may wish to consider when facing PFAS-related claims. These include:

For further information on this topic, or for advice on specific coverage issues arising, please do not hesitate to contact us. 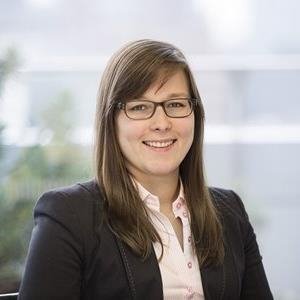