The Clause, which is available on the BIMCO website, is designed to assist owners and charterers with implementing IMO’s new carbon intensity regulations due to come into force on 1 January 2023. The measure will apply to cargo, RoPax, and cruise ships 5,000 GT and over, trading internationally.

CII, or “Carbon Intensity Indicator”, is an IMO measure intended to assess the efficiency of a ship, based on factors including fuel consumption, distance travelled and cargo capacity. It forms part of a series of measures intended to further the organisation’s stated goals of reducing the carbon intensity of international shipping by 40% by 2030 and 70% by 2050 (compared to 2008).

A ship’s CII is calculated, and reported annually, using an IMO-prescribed formula, and the vessel given a rating from A to E (A being the best).  Those with low ratings (D for three consecutive years, E for any length of time) will be required to submit corrective action plans setting out how they intend to improve the vessel’s performance and reach the rating of C or above.

Owners and charterers will be required to collaborate and share these tasks in order to advance the goal of carbon-emissions reduction.

Under the recently adopted BIMCO Clause, the owner and the charterer are to pre-agree a target CII value to be achieved each calendar year: the Agreed CII, (clause (d)).  General obligations are placed on the parties to co-operate in identifying best practices, sharing data, and seeking to improve the vessel’s energy efficiency, (clause (b)).

In practice, as CII is an operational measure, attaining a higher rating will necessitate changes to how the ship is used and operated. Potentially, this could require changes to speed, route, and cargo capacity.

Consequently, the new BIMCO Clause places responsibility for CII compliance primarily on the charterer (on the basis that a time charterer makes operational decisions during the term of the charter), see clause (e), although clause (f) also gives the owner specific due diligence obligations pertaining to CII compliance, including vessel maintenance, (clause (f)(i)(1)), and the monitoring and provision of fuel consumption data, (clause (f)(ii)).

Pursuant to clause (c), the charterer is obliged to operate the vessel “in a manner which is consistent with the MARPOL Carbon Intensity Regulations” and specifically to avoid the Attained CII exceeding the Agreed CII set out in the charterparty, (clause (c)(i)(2)).

BIMCO indicates that the CII Clause can be incorporated into an existing time charter, and the Clause, therefore, also addresses the fate of existing performance warranties (which are an obvious source of potential conflict with CII compliance requirements): these warranties are retained, and the charterer is, generally, still entitled to pursue a claim for their breach, (clause (c)(ii)).  However, the charterer will not be able to rely on breach of performance warranties as grounds to avoid meeting their obligations under the CII Clause, or to bring a claim for their breach where the warranties fail to be met because of a valid invocation of clause (g) – on the Attained CII deviating from the Agreed CII.

Clause (g) addresses the scenario where vessel data suggests the charterer is likely to fail to meet its obligations under clause (c), and, consequently, the vessel is likely to fall short of the Agreed CII.

Here, the charterers are required to prepare a written plan “detailing any proposed commercial operation of the Vessel for at least the next voyage” (clause (g)(i)), and if the owners can reasonably show that this will lead to noncompliant performance, the parties are required to “cooperate and work together in good faith” to adjust it as necessary, (clause (g)(ii)).

During this period (while the parties try and agree an adjusted plan), owners are entitled not to follow charterers’ orders, and to reduce the vessel’s speed or take other necessary steps to improve the vessel’s Attained CII and bring it into line with the parties’ contractual agreement, (clause (g)(iii)).  The owner also has a general right under clause (j) to bring claims for losses suffered as a result of the charterers’ breach of the CII Clause.

While the new clause is a welcome development that should assist parties in the practical management of CII compliance and apportionment of risk, it remains to be seen how it will work in practice (as is the case with the CII regime more generally) and how charterers – particularly those in strong negotiating positions, discussing the addition of the clause to existing charterparties – respond to its allocation of risk, especially given industry concerns that CII figures can potentially be distorted by operational factors such as short voyages. Naturally, the clause released by BIMCO can be adapted by parties to suit their particular set of circumstances and they can also use a bespoke clause of their own making, but in all cases, they should, as always, be mindful of the contractual consequences of any terms they adopt. 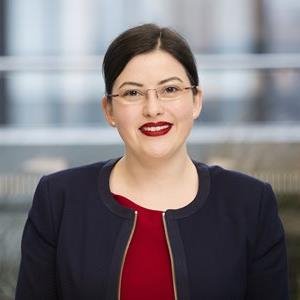