The recent decision of SYT Consultants Pte Ltd v QBE Insurance (Singapore) Pte Ltd [2022] SGHC 251 dealt with issues of assumed liability in connection with a settlement agreement and commented on conditions precedent in the context of a Professional Indemnity Policy (the “Policy”).

A developer and builder of a building project sued the Insured and its director, who were providing engineering, architecture and project management services, for breach of contract and negligence. Parties subsequently reached a settlement for the insured and its director to pay circa $3m to the developer and builder on the basis of 100% liability (“the Settlement Agreement”). The Settlement Agreement was recorded in a Consent Judgment. By that time, QBE had declined cover under the Policy and as such was not in a position to comment on or object to the settlement and the Consent Judgment.

Subsequently, the Insured commenced legal proceedings against QBE for indemnity under the Policy in respect of its liability under the Consent Judgment up to the Policy Limit of $2m.

QBE denied cover on the primary basis that the Policy did not respond as the Insured had not established that the settlement reached was reasonable.  Alternatively, QBE submitted that the Insured breached a condition precedent to coverage under the Policy requiring it to provide “all information and assistance that [QBE] may reasonably require to investigate and/or defend any Claim and/or circumstance” and further relied on the Intentional Acts exclusion under the Policy in relation to the director’s actions.

“We will pay You or on Your behalf for:

2.1.1 any legal liability to pay Compensation; and

arising from any civil liability from a Claim for breach of professional duty in the conduct of Your Business…”.

“This Policy covers Your civil liability, which includes liability for:

3.2 Contractual Liability (Tort Liability) – Claims arising from a breach of contractual obligations or a duty of care to provide professional services in the conduct of Your Business, but this does not extend to cover any liability assumed by You under any express warranty, guarantee, representation, hold harmless agreement, indemnity contract or similar agreement unless such liability would attach in the absence of any such agreement.”

The Insured argued that the Consent Judgment would fall within the ambit of “Compensation” under Clause 2.1 of the Policy and that there was no requirement that any settlement agreement entered into needed to be reasonable. The Court disagreed and said that on a proper construction of Clause 2.1, the “legal liability” to pay “Compensation” must arise from “civil liability” ([41]-[42]). The scope of “civil liability” is defined in Clause 3.2 of the Policy. The Court was of the view that the Settlement Agreement fell within the carve-out of assumed liability under Clause 3.2 ([44]) and accordingly that liability would only be covered if it would have attached in the absence of that agreement ([43] – [44]).

Accordingly, the Insured needed to show that its liability under the Consent Judgment would have attached in the absence of the Settlement Agreement. To do so, the Court held that the Insured must show actual, as opposed to arguable, tortious liability. This did not necessarily mean that the Insured must show, on a balance of probabilities, that every element of the tortious claim had been established and that damages would be at least as much as the settlement amount.  Instead, the Insured can simply establish that the settlement agreement was reasonable ([50]).

The non-exhaustive list of relevant considerations in this regard included whether the negotiations were conducted bona fide, the assessment which could properly be made at the time of settlement of the prospects of success or failure of the claim based on materials then available, and whether, in the round, the settlement figure was objectively assessed and properly calibrated against the context of the entire factual matrix ([52]).

Separately, QBE’s unchallenged evidence was that the Insured failed to respond to various requests for information and documents. The Court found that this was a breach of Clause 7.7 of the Policy which provided that “You will provide Us with all information and assistance that We may reasonably require to investigate and/or defend any Claim and/or circumstance”. However, the issue was whether this was a condition precedent to coverage of the claim under the Policy.

Finally, the court found that the insured’s director did not clearly appreciate that he was doing something wrong and as such the Intentional Acts Exclusion did not apply.

In this Policy, the carve-out for assumed liability was folded into the Scope of Cover clause. The Court therefore placed the burden of proving that the settlement agreement was reasonable on the insured.  As seen in this case, meeting that burden of proof may not be straightforward and insureds should not assume that a court will agree that a settlement was reasonable.  This decision provides some useful guidance as to how a Singapore court will approach this question in an insurance context.  As a general proposition, insureds should seek their liability insurers’ consent prior to agreeing a settlement and, indeed, that is commonly an express requirement of liability policies.  This case also underlines that if insurers wish a condition to operate as a condition precedent to liability, clear language should be used to that effect. 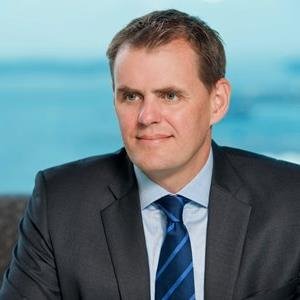 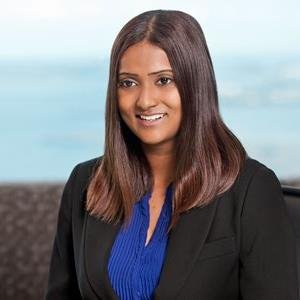