The broad reach of your duty of care

The complexities surrounding the duty of care tends to leave many assuming that such duty arises only in instances where there is an explicitly defined relationship. However, the court in Davids NO v Western Province Athletics and Another (A 205/2021) [2022] ZAWCHC 21 has reminded us that the duty of care has an even broader extension when dealing with the unconventional duty of care between runners and pedestrians.

On 6 April 2014, the late Ms Jasmin Salie (“the plaintiff”) and an unnamed friend took a stroll along the Cape Town Promenade in Sea Point, where the annual Spar’s Ladies’ Race was taking place. The plaintiff was then approached by Ms Olckers, who requested the plaintiff to take a photograph of herself and some friends. However, at this point, the plaintiff stepped into the runners’ path to hand the camera back to Ms Olckers, which resulted in her being collided into and knocked down by one of the runners, Ms Kalmer (“the defendant”).

The plaintiff sustained several injuries from the fall and instituted legal action against both the defendant and Western Province Athletics. The plaintiff claimed that Western Province Athletics as the race organiser had breached its legal duty to ensure the public’s safety along the race route, and that the defendant as a participant breached the duty owed to the members of the public, particularly, the plaintiff, to take effective and reasonable steps to guard against causing harm.

The court a quo dismissed the plaintiff’s claim on the account that evidence before it indicated that both Western Province Athletics and the defendant, in their respective roles, had exercised reasonable care in relation to the plaintiff’s safety. Furthermore, the court a quo held that as a spectator, the plaintiff was reasonably expected to keep a proper lookout and not disregard her own safety by stepping into the runners’ path.

On appeal, the court had to determine whether the plaintiff had established causal negligence on Western Province Athletics and the defendant's part. The appeal court set aside the court a quo’s decision in relation to the defendant’s liability and held that the defendant had failed to keep a proper lookout of her surroundings.

The court accepted that it was common cause that the race’s standard conditions afforded pedestrians the right of passage in using the roads. Furthermore, while the defendant testified to not being aware of this fact, it was established that this much had also been made clear to all runners prior to the race. Thus it was said to be reasonably foreseeable to the runners that pedestrians could cross their path or travel. As such, in participating in the race, runners acknowledged that they owed to the pedestrians a duty of care not to cause bodily harm.

In this regard, court explained that

“… [the defendant] entered a race which wound its way through an area where the prospect of encountering non-runners along the way was entirely foreseeable. She was thus under a duty to keep a proper lookout for any such potential obstacles as she sped along both the Promenade and the sidewalk in her quest to achieve maximum points on the day.”

On the issue of the plaintiff having been a spectator, the court clearly indicated that while spectators to a sporting event do assume some level of risk arising from the event, not everyone in the vicinity can be assumed to be a spectator, nor can the assumption be basis to absolve the runner of the duty to take reasonable care.

“… [A] reasonable runner would take into account the non-chalance and lack of interest of ordinary pedestrians who were out and about enjoying the fresh air rather than watching an athletics race. Ordinary human experience tells one that such persons might behave irrationally and get in the way.” 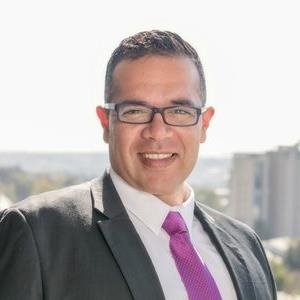