There are no two ways about it – holiday pay is complex and calculating it can be burdensome for employers, big or small. In the recent case of Harpur Trust v Brazel, whilst providing some clarity, the Supreme Court has added to employers’ woes having unanimously decided that the holiday pay of part-year workers should be calculated in the same way as full-time workers.

Who are “part-year” workers and who does this case apply to?

Part-year workers include anyone who is employed for the whole year but for whatever reason only works some weeks and not others. In practice, however, the case’s application is broader, affecting any worker, and the companies that employ them, who doesn’t have normal working hours. This includes workers on zero-hour contracts.

In essence (as explained further below), the greater the number of non-working weeks for part-year workers, the greater the holiday entitlement (and therefore holiday pay) will be as a percentage of actual working time and earnings.

The latest ONS statistics reveal that between April – June 2022, there were 17,000 workers in the construction industry employed on zero-hour contracts (without accounting for other part-year arrangements). This may not seem significant but the number is likely to be substantially higher on the ground, as the very purpose of these contracts are their flexibility and casual nature. There are a number of other individuals working in the sector who would likely fall within the scope of this ruling owing to the need to service on and off project work, often at short notice.

Mrs Brazel was employed on a zero-hour contract by Harpur Trust to teach clarinet and saxophone to students at Bedford Girls’ School. Her working hours were variable each week depending on the number of lessons she was required to teach, and she was only required to work at the school during term time.

Mrs Brazel was consequently classified as a “part-year” worker (different to a part-time worker whose hours are fixed). Owing to Mrs Brazel’s irregular working pattern (e.g. due to school holidays), Harpur Trust paid her 5.6 weeks’ holiday per year pro-rated. She was required to take this during the school holidays.

How was Mrs Brazel’s holiday pay originally dealt with and what was the outcome at the Supreme Court?

To calculate her holiday pay, following guidance from ACAS (now updated), Harpur Trust used a method which was recently defined by the Supreme Court as the “Percentage Method”:

This involved taking the 127 hours worked by Mrs Brazel during the spring term and applying 12.07% to reach a holiday entitlement of 15.33 hours. Multiplying it by her hourly rate of £29.50 gave her holiday pay of £452.20 for the holiday she was treated as taking during the Easter holiday.

However, the Supreme Court ruled that attempting to pro-rate the requirement into the Working Time Regulations 1998 (WTR) made it an entirely different scheme and that the formula set out in the WTR should be relied upon even if it means part-year workers end up receiving a higher proportion of holiday pay than full-time workers.

The Supreme Court even acknowledged that this may lead to “absurd” and “disproportionate” results.

The consequence is that what the Supreme Court referred to as the “Calendar Week Method” (as argued by Mrs Brazel) should be relied upon going forward:

In summary, the amount of leave to which a part-year worker under a permanent contract is entitled can no longer be pro-rated to that of a full-time worker.

The Construction Skills Network’s latest report has predicted an extra 266,000 workers will be needed from 2022 – 2026 to meet UK construction output. To meet this increased demand, it is likely companies will take on many more casual workers who would fall within the scope of this ruling. So what can companies do to avoid the increased cost burdens arising from it?

Opt instead for fixed-term contracts which end on a particular date or at the end of an assignment.

Use temporary contracts which terminate at the end of each job. This would be for a set period and there would be no ongoing obligation to employ the worker again (essentially a variation of a fixed-term).

Engage individuals on permanent contracts to ensure you get the best value for the work carried out and have certainty of liabilities going forward.

Rather than taking on new staff or changing existing arrangements, depending on the nature of the work, offer existing employees more working hours in a particular week based on increased demand.

To maximise value for money, give those on part-year arrangements (e.g. zero hour contracts) at least some work every week when they are not taking annual leave.

First, the good news – the position is now clear – businesses must rely on the “Calendar Week Method” in compliance with the WTR to determine the annual holiday entitlement of all employees, including casual and zero hours workers.

Second, however, construction companies need to be alive to existing workers on similar arrangements to Mrs Brazel, and consider updating those arrangements (see our solutions above). There is always a risk that workers may come forward (particularly on termination) with unlawful deduction from wages claims in respect of underpaid* holiday. Generally speaking, these claims must be brought during employment** or within 3 months of termination, and, since 1 July 2015 there has been a two-year backstop limiting the amounts that can be recovered in most unlawful deduction claims in Great Britain, but not Northern Ireland. Note that the position is different where workers have been misclassified as self-employed independent contractors and haven’t received any holiday entitlement at all.

Third, in light of the uptake in recruitment in the sector, consider carefully how you will contract with new workers in light of this ruling. Some employers may even consider paying low rates as a result of the increased liability.

Time will tell if the WTR is updated to confront the “absurdity” of this decision and indeed it is a change worth looking out for as employment rights are reviewed in this post-Brexit era.

For advice around holiday pay arrangements or draft contracts themselves, please get in touch. 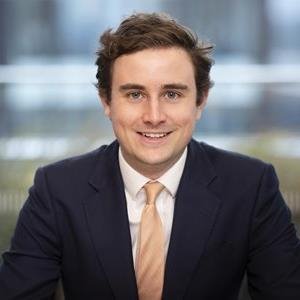