ESG concerns will drive interest in renewables ahead of COP28

With the rapid contraction of international capacity for conventional energy operations globally, carriers will be focusing on construction business and renewable opportunities as the UAE gears up for COP28

Capacity from major international (re)insurance carriers for conventional energy assets has shrunk in recent years as concerns about the ESG implications of supporting fossil fuel projects has seen underwriters withdraw from operational coal and hydrocarbon facilities.

The decision by a number of (re)insurance carriers to cease underwriting new fossil fuel projects, coupled with the cost of doing business in regional hubs and significant regional energy losses, has seen rated Middle East energy capacity shrink further in the past year. National oil companies in the GCC region have therefore started to become more reliant on captive-led insurance programmes for operational cover.

However, there is a growing regional focus on developing renewable energy projects, particularly in Saudi Arabia, and companies in the United Arab Emirates (UAE) have also caught the ESG bug – especially with the COP28 summit due to be held in the UAE next November.

The location of the International Renewable Energy Agency (IRENA) in carbon-neutral Masdar City in Abu Dhabi also continues to drive interest and focus in the development of wind and solar projects in the UAE and the wider region.

The changes coincide with a renewed focus from sovereign wealth-backed GCC energy companies on developing renewable projects to diversify their asset portfolios. With construction continuing to form an important part of the broader energy book, new projects with novel technology, such as a recently-announced major onshore wind farm in Saudi Arabia, are likely to need international underwriting experience.

Energy contractors are typically experienced (re)insurance buyers in the international market and it is to be expected that the majority of capacity for construction projects in the region is likely to come from more experienced international carriers.

With all the GCC jurisdictions requiring policies to be issued by locally licensed insurers and with the reduction in local capacity, particularly with the closure of a number of syndicates on the Lloyd’s DIFC platform, coverage is likely to be structured on the basis of significant treaty and facultative reinsurance capacity support being provided behind primary policies written by local capacity providers. 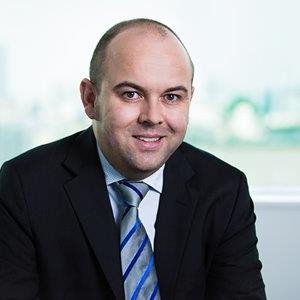