Is there such a thing as implied novation? And what does “such consent not to be unreasonably withheld” actually mean?

We are all used to seeing novations in construction projects but they are usually limited by express contractual terms requiring them to be effected through written novation agreements. However, the judgment in Gama Aviation (UK) Ltd & International JetClub Ltd v MWWMMWM Ltd [2022] EWHC 1191 is a reminder that conduct may amount to both an implied novation and the other party being estopped from relying on express contractual provisions excluding the operation of such implication.

As a result of corporate restructuring in 2014, the second Claimant International JetClub Ltd (IJL), who was party to an Aircraft Support Services Agreement (ASSA) with MWWMMWM Ltd (MWWMMWM) dating back to 2008, became a subsidiary of the first Claimant, Gama Aviation (UK) Ltd (Gama). This change did not affect the ownership of IJL, but did affect its operational control, with Gama then holding all regulatory permissions and becoming the receiver of payments from the MWWMMWM. So when, in 2017, MWWMMWM requested its Aircraft be deregistered in the US and registered in Bermuda, it GAMA who executed the request.

In 2019, after an accrual of $1.35m in unpaid sums, Gama requested MWWMMWM’s consent to assign to itself IJL’s rights under the ASSA. After becoming apparent that consent was not forthcoming, Gama and IJL executed the deed of assignment.

Gama commenced proceedings against MWWMMWM, seeking amongst other things summary judgment in respect of the unpaid sums.

MWWMMWM pleaded that as a result of the express terms of the ASSA, neither the implied novation nor the assignment was valid, relying on clause 13.6 of the ASSA, which stated: “Save as is expressly provided in this agreement, neither party shall assig its rights under this agreement except with the written consent of the other party, such consent not to be unreasonably withheld”.

Finding in IJL and Gama’s favour, the main issues dealt with by HHJ Kramer were the particulars of when an implied novation can be said to have occurred and the circumstances in which it can be said that consent has been unreasonably withheld.

The court found that, following Seakom Ltd v Knowledgepool Group Ltd, Evans v SMG Television and Capital ATL Pension Trustees Ltd v Sedgewick, a novation can be inferred from conduct if that inference is necessary to give business efficacy to what happened. Evidence of subsequent conduct is admissible in establishing whether there has been such a novation. Negotiations with a view to enter into a revised agreement are not necessarily inconsistent with a finding of novation. The fact that the novation rescinded and replaced the original agreement rendered the ASSA clause (requiring any variation be effected through a written agreement signed by the parties) irrelevant.

The judge nevertheless considered whether the clause stating that the contract continued until terminated by 3 months’ notice by either party precluded an implied novation. Out of the two possible readings of this clause, the judge followed the interpretation more consistent with commercial common sense. Since the clause had no bearing upon the question of whether termination by mutual agreement was available, and the ASSA contained no provision setting out formalities as to how the ASSA was to be terminated by agreement, HHJ Kramer found that there was no bar within the contract for termination by implied novation.

In dealing with Gama’s argument that the MWWMMWM was estopped from denying the novation, the judge applied the reasoning of the Supreme Court in Rock Advertising Ltd v MWB Business Exchange Centres Ltd [2018] UKSC 24. Here, it was recognised that estoppel can operate to circumvent the injustice that would be caused by one party relying on the express terms of an agreement and the other relying on an informally varied contract and finding itself unable to enforce the contract. In our present case, HHJ Kramer found that such estoppel arose as to prevent MWWMMWM from denying novation had occurred.

This judgment interestingly (and helpfully) also considered the meaning and use of the phrase “such consent not to be unreasonably withheld” - a phrase that that is often scattered throughout agreements without stopping to think for long what it means or how it would be interpreted - the judge considered the following authorities:

Despite MWWMMWM’s arguments, that the assignment was for the purposes of litigation rather than for ordinary business purposes and that it was unclear in its effect because it was said to be without prejudice to the arrangements for the provision of services made between GAMA and IJL, the judge applied the authorities mentioned above and ruled in favour of Gama and IJL. It found that Gama and IJL were entitled to clarify their position in relation to their respective obligations to the other, but this did not undermine the validity of the assignment. Moreover, it found the assignment to be comprehensive and perfectly clear in what it assigned and as a result found MWWMMWM to have been unreasonably withholding consent.

So, there is such a thing as implied novation where giving business efficacy to what happened is necessary, and considerable thought has been given to what “such consent not to be unreasonably withheld” means and common sense prevails again, so scatter away. 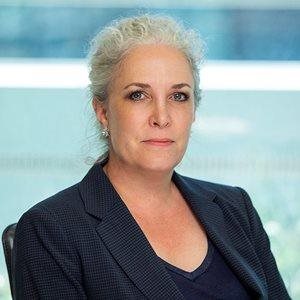