Witnesses compelled to give evidence in Aged Care COVID-19 Inquest

A recent decision of the Victorian Court of Appeal considered the power of the coroner under the Coroners Act 2008 (Vic) to order witnesses to give evidence at an inquest when they oppose doing so on the grounds that their evidence may tend to incriminate them.

During the COVID 19 pandemic St Basils Home for the Aged, a nursing home in Melbourne, Victoria suffered the death of 50 residents. A coronial investigation was undertaken regarding those deaths. Extensive evidence was heard by the coroner. Two persons said to be involved in the management of St Basils, Mr Konstantin Kontis, chairman and Ms Vesna Kos, facility manager and director of nursing were summoned by the coroner to give evidence. They opposed these summonses and after submissions from them and other interested parties the coroner ruled they must give evidence. They unsuccessfully sought a review of the coroner’s ruling in the Supreme Court. They appealed to the Victorian Court of Appeal.

The appeal considered the legislative powers of the coroner to compel witnesses to give evidence in these circumstances and the right of a witness to the protection from self-incrimination, a fundamental principle of our criminal justice system. Relevantly, the need to balance the rights of witnesses who may be potentially exposed to criminal or civil penalties and the statutory duty of the coroner to investigate a death. The Act provides it must be in the “interests of justice” to compel a witness to give evidence. The coroner had found the applicants evidence was likely to be relevant and probative.

Mr Kontis and Ms Kos considered they were at risk of prosecution under the Occupational Health and Safety Act 2004 which imposes duties on persons regarding workplace health and safety. They had not been charged with any offence, but WorkSafe had indicated to the coroner that it was investigating criminal offences under that Act regarding St Basils.

Whilst the applicants could avail themselves of a certificate under 57 (5) of the Act which provides that anything they said in evidence could not be used against them in a subsequent criminal prosecution, they argued that even under that protection, their evidence alone would give prosecuting authorities a forensic advantage. Further, they submitted that even if a suppression order was made regarding their evidence, they remained at risk of being deprived of the full protection of the accusatorial system of criminal justice. They also submitted their evidence was of low probative value and was unnecessary.

The Court of Appeal found the coroner’s ruling was not in error. The judgment considered the requirements of the Act and whether the coroner had addressed its requirements. It commented upon the tension between the coroner’s duty to investigate and the constraint on that duty by an “interest of justice” inquiry required when determining whether to compel a witness to give evidence.

The decision also affirms several principles. A coroner is obliged to investigate the deaths and pursue all reasonable lines of inquiry. A coroner must discover all he or she can about the circumstances of a death. Compelling witness to give evidence is a necessary consequence of this investigation. Whether to compel a witness to give evidence required a consideration of the coroner’s statutory obligation to investigate and the doing of justice to a witness. In determining these issues, it was recognised that to a compel a witness to give evidence in these circumstances involved a higher consideration than simply being satisfied that their evidence may be relevant. Importantly, a coroner is to undertake an evaluative assessment of the interests of justice, balancing range of criteria considering the scope and purpose of the Act.

The Court of Appeal noted the coroner had recognized that in compelling the applicants to give evidence, a certificate under s 57(5) would provide incomplete protection and their evidence would provide a forensic advantage to investigating and prosecuting authorities. However, he had properly balanced those considerations with other considerations regarding his obligation to investigate the deaths.

The decision suggests a high bar will need to be met by witnesses seeking to resist an order to give evidence in these types of inquests. Where a criminal offence or the risk of prosecution is not readily apparent from their potential evidence or on the facts before a coroner, the witness’s evidence is important to the coroner in discharging his or her investigative function, a witness may be compelled to give evidence and be subject to cross examination, albeit with the protection of a s 57 (5) certificate.

Due to the high level of deaths in aged care facilities nation wide following the pandemic, those responsible for the control and management of these facilities are likely to be considered relevant and compellable witnesses in any coronial inquest. Those wishing to investigate their conduct, including those who have potential civil claims for damages against aged care facilities may successfully persuade a coroner that those witnesses be compelled to give evidence. 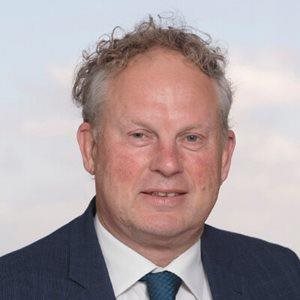