The Court of the King’s Bench of Alberta was not inclined to allow the Special Economic Measures (Russia) Regulations, to be used as a tool to allow debtors to hold off their creditors, where there was a transparent act of self-interest that was intended to avoid execution of the debt.

On February 24, 2022, the Russian Federation invaded Ukraine. In response, the international community issued a number of sanctions and trade restrictions against Russia and its allies. In Canada, the Special Economic Measures (Russia) Regulations (“Russian Sanctions”) was imposed and a number of individuals and entities were listed in Schedule 1 to the Russian Sanctions.

Any dealings with these entities or individuals could result in financial and criminal penalties.

Canada has limited cases where enforcement of international sanctions has occurred, however, the Court of the King’s Bench of Alberta recently released its decision in Angophora Holdings Limited v Ovsyankin where the Court dismissed an application by a debtor to stay enforcement of an award issued by a creditor that was indirectly owned and controlled by Gazprombank JSC (“Gazprom”), a sanctioned entity under the Russian Sanctions.

Canada imposes sanctions that target foreign states through the Canadian Special Economics Measures Act (“SEMA”) and its accompanying regulations. SEMA applies to all individuals and businesses in Canada as well as to all Canadian citizens and Canadian incorporated businesses doing business outside of Canada.

Canadian sanctions are enforced by Global Affairs Canada. It is a criminal offence in Canada to willingly contravene sanctions legislation. To be found in violation of sanctions under SEMA, a contravention must be made wilfully in order to establish criminal liability. The doctrine of wilful blindness allows for a person to be found guilty of a criminal offence by merely “looking the other way.” Any attempt to avoid prosecution by exercising due diligence cannot absolve the threat of charges being laid or avoid the cost and risk associated with defending such charges.

The London Court of International Arbitration granted Angophora Holding’s Limited (“Angophora”) an award in December 2020 against Mr. Ovsyankin. The Court of the King’s Bench of Alberta (“Court”) granted a recognition and enforcement order (“REO”) with respect to the arbitration award. This order was not appealed. Furthermore, all avenues of appeal of the arbitral award and of the REO in Alberta were exhausted.

After the REO was obtained, Angophora began taking enforcement steps against Mr. Ovsyankin’s assets in Alberta. However, while enforcement was ongoing, the war in Ukraine began and, consequently, Canada imposed several sanctions against Russia and certain designated individuals. These sanctions were put in place to hinder Russia economically, both directly and indirectly through entities owned or controlled by Russia.

Angophora is a wholly owned subsidiary of MIR Capital, a Luxembourg company, that is owned equally by two banks. These two banks are Intesa Sanpaolo S.p.A, an Italian bank, and Gazprombank JSC, a Russian bank.

Mr. Ovsyankin applied to the Court for an interim stay that would remain in place while Gazprom remained a “designated person” pursuant to the Russian Sanctions. In determining the above, the Court addressed whether Angophora was controlled by or acting on behalf of an entity designated under the Russian Sanctions and whether that had any implications for the enforcement of the REO.

As explained below, the Court dismissed Mr. Ovsyankin’s application for an interim stay of the REO, while addressing the fact that there was a prima facie case that Angophora was controlled by an entity designated under the Russian Sanctions.

Section 3 of the Russia Sanctions imposes an asset freeze and dealings prohibition on designated persons, which includes both individuals and entities. The prohibitions located in this section are clearly designed to prevent Canadian persons or entities from knowingly aiding any “designated person” from dealing with property in Canada.

Under Section 3 of the Russian Sanctions, it is a prohibition for any person in Canada and any Canadian outside Canada to:

In arriving at this conclusion, the Court held that Russian Sanctions do not provide a definition of control, leaving the issue of whether a non-designated person is controlled by or acting on behalf of a designated person as a factual issue to be determined by the circumstances.

To address this issue, the Court looked at the approach of other jurisdictions. In the U.S, the test for control is based upon whether a blocked person owns, either directly or indirectly, a 50 percent or greater interest in an entity. By this standard, Angophora would be considered a ‘blocked person’ since Gazprom has a 50 percent ownership stake. Ultimately, while the Court declined to make a final decision with respect to the issue of control, the Court did decide that a strong prima facie case existed based on the available facts.

Applying a fair, large, and liberal construction and interpretation that best ensures the attainment of the objectives of the Russian Sanctions, the Court accepted the American definition of control, as well as factors identified by Mr. Ovsyankin relating to the functional control of Angophora, to hold that a strong prima facie case existed. The Court, coming to this decision looked at factors including: the ownership test as set out in the US, evidence from the arbitration, and the fact that the relationship between Mr. Ovsyankin and Angophora was one that was primarily overseen by Gazprom.

The Angophora decision suggest courts will assess the question of control in the context of the Russia Sanctions as a factual issue to be determined by the circumstances. Although a court may find that a strong prima facie case exists for a corporation being controlled by a designated person, it may still not grant a stay of an enforcement order, where the second and third requirements of the RJR-Macdonald test[2] are not met. Notably, a court will not be inclined to allow the Russian Sanctions to be used as a tool to allow debtors to hold off their creditors, where there is “a transparent act of self-interest in the hope of avoiding execution”.

The Angophora ruling indicates that the existence of a strong prima facie case arguably creates difficulties for Canadian persons and entities with business relations to entities that have been recently listed as “designated persons” under SEMA. Notably, in the Angophora case, the REO was granted on September 10, 2021, before Gazprom was added as a designated person to the Russian Sanctions and, therefore, before any Canadian person or entities would have any reason for concern about facilitating or aiding the enforcement process. 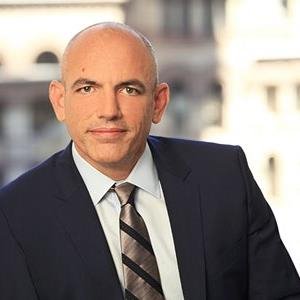