Last week, Clyde & Co received a judgment in our clients’ favour from the British Columbia Supreme Court in Centurion Apartment Properties Limited Partnership v Loco Investments Inc., 2022 BCSC 2273. Clyde acted for a structural engineering consultant and its principals in relation to claims made by a building owner and the design-builder of a high-rise apartment building. The resulting decision significantly limits the consultant’s exposure.

The plaintiffs in the case are the legal and beneficial owners of a high-rise apartment building that was constructed during mid-2017 to early 2019. The plaintiffs alleged that the building suffered from dangerous structural defects that required remediation and brought claims against the builder, the consultant and its principals, the municipality, and others.

A numbered company was created to hold legal title to the building with a related company being the beneficial owner pursuant to a bare trust agreement. The legal owner entered into a design-build contract with a contractor for the design and construction of the building. The design-build contract placed responsibility for both design and construction on the contractor.

Following completion of the building the beneficial owner sold the shares of the legal owner, and its beneficial interest in the property, to an unrelated buyer. Several months later, the new buyer learned that there were certain structural deficiencies and Building Code compliance issues with the building. The municipality, concerned that these issues presented a risk to the safety of the residents, revoked the occupancy permit and ordered an evacuation of the building. The building was then remediated and a new occupancy permit was issued.

The legal owner and new beneficial owners commenced an action against the former beneficial owner, the design-build contractor, the municipality, the structural consultant, and several associated individuals. Various third party claims were filed.

On behalf of our clients, Clyde brought an application to summarily dismiss the plaintiffs’ negligence claims on the basis that, due to the allocations of risk apparent in the contracts between and among the owners, the design-build contractor, and the consultants there was no relationship of proximity between the plaintiffs and the structural consultants sufficient to establish a duty of care to support a negligence claim. Additionally, the application sought an order enforcing the limitation of liability clause in the consultant’s contract with the design-builder.

The Court dismissed the plaintiffs’ negligence claims against our clients and declared that the liability of the consultant and its principals to the design-builder, or to any party seeking contribution and indemnity for the claims of the design-builder, is indeed limited to the amount of the consultant’s fees. Recent developments in the law of negligence were critical to the Court’s decision.

On the basis of the majority decision of the Supreme Court of Canada in 1688782 Ontario Inc. v Maple Leaf Foods Inc., 2020 SCC 35, as well as a decision of the Nova Scotia Court of Appeal in Tri-County Regional School Board v 3021386 Nova Scotia Limited, 2021 NSCA 4, the Court found that all of the parties were sophisticated commercial entities that allocated risks by contract.

Although the consultants were not parties to the design-build contract, the Court determined that the allocations of risk apparent in that contract precluded a finding of proximity between the consultants and the owners of the property.

This appears to be the first time that the proximity analysis commentary in Maple Leaf Foods has been applied in the construction context. This case demonstrates that construction participants and owners need to think carefully about how they structure their relationships and allocate risks. The decision in Maple Leaf Foods suggests that courts will not lightly interfere with those choices. Further, construction participants facing negligence claims by owners, even when there is no direct contractual relationship, must closely examine the specific relationships and contracts between and among the parties to determine whether proximity exists between them and the plaintiff that would support a claim in negligence.  This decision demonstrates that courts will not permit sophisticated parties to circumvent the allocations of risk that they have agreed to in their contractual arrangements. 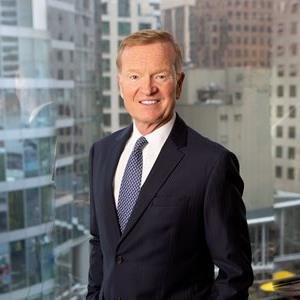 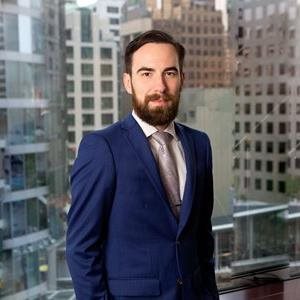