Over the course of the last twelve to eighteen months, via a combination of direct criticism and judicial guidance, the Courts have repeatedly addressed the wide-ranging topic of expert evidence.

In a two-part series Marc Harries and Emma Hague of Clyde & Co’s expert subject matter group highlight those considered of most importance for both experts and solicitors alike.

The Issue – Whether The Expert Was Objective

“I believe that he allowed himself to lose objectivity in his analysis and in some instances, on the individual trades expressed his conclusions with a greater degree of certainty than the raw data available to him would justify.”

In this case, the defendant sought to criticise the claimant’s expert on the basis of his experience. The judge did not accept that he was not competent to give a view but did have concerns that he “gave his oral evidence in a way which appeared to be advancing the claimant’s case rather than providing his objective opinion.” It was also established that in some instances his opinions were “not as firm as might appear on their face or were not supported by the evidence.”

The court must be “satisfied that expert witnesses can properly give the opinions that they express and that those opinions have a sufficient evidential foundation to be relied upon.” The judge concluded that the expert had sought to give his honest opinion but that he “allowed himself to lose objectivity” and on occasions “expressed his conclusions with a greater degree of certainty than the raw data available to him would justify.” The expert had failed to “put before the court a balanced view of the possible (and likely) conclusions” and instead approached his analysis in a way which tended to confirm his views.

“It is not for an expert to disregard the instructions they have received from the court and the party instructing them and to thereby whole scale ignore evidence which does not support their opinion.”

In this property case the Master had given permission for the parties to reply on expert evidence. This was not a general permission and the Master set out the specific issues the experts were to address. At trial the judge held that “both experts in the case failed to comply with their duties to the court, failed to follow their instructions and were partisan in formulating both their reports and their evidence to the court.”

The claimant’s expert had disregarded part of his instructions. Whilst it was accepted by the judge that there is a level of discretion afforded to experts and that “they can emphasise for the court the factors that they opine are most important or influential in reaching the opinion they have” it was stressed that they must not “whole scale ignore evidence which does not support their opinion.”

The defendant’s expert faced similar criticism for “his frequent overstepping of the bounds of his instructions both in his written report and in his oral evidence and his refusal to answer questions which were averse to the view he professed.”

Dr Mercier had acted as an expert witness for the claimant in a dental negligence claim. At trial the claimant’s case in respect of breach of duty and causation rested solely on his evidence. Whilst the trial started, the claimant discontinued immediately after Dr Mercier gave evidence. The NHS Trust sought a third-party costs order against the expert submitting that he should not have been giving evidence in the case at all and had an ongoing, and continuing, duty to the court to ensure that he was the appropriate expert to assist the court.

The judge was “entirely satisfied” that but for the expert’s report the claim would not have been brought and ordered that Dr Mercier, for his “flagrant disregard for his duty to the court” pay the Defendant Trust’s costs.

The appeal judge held that the expert had not “stepped outside the boundary of his expertise in giving his opinion about breach of duty and causation”. Whilst there may have been grounds to criticise the expert’s performance as an expert witness and attack his conclusions, this “was not an exceptional case and did not involve a flagrant or reckless disregard of an expert's duty to the court.” It was therefore deemed not just to make a costs order against the expert.

The Issue – The Expert Was Tending Towards Being An Advocate

“[The expert] had a tendency to veer towards the approach of an advocate by arguing for the different position rather than assisting the court as to how and why it could prefer that position.”

The judge in this matter was concerned that the defendant’s expert had a tendency to veer towards the approach of an advocate by arguing for a different position rather than assisting the court as to how and why it could prefer that position. The evidence of the claimant’s expert was preferred as it was held to be “more helpful, measured and ultimately more informative than the evidence” provided by the defendant’s expert.

“In my view [the expert] has done what any expert should do. She kept an open mind and conducted as thorough a review as possible of the literature before reaching her ultimate conclusion.”

Medical evidence in this case was highly contentious. Four experts had originally agreed that the injuries in question were most likely to have been caused by shaking. However, one of the experts then changed her view and concluded that, on the balance of probabilities, it was more likely that a short fall caused the injuries. This expert then became ill, and it was said that reliance could not be placed upon her evidence.

Two other experts criticised the change of opinion, but this was not accepted by the judge. She found that the expert had done what any expert should have done – “she kept an open mind and conducted as thorough a review as possible of the literature before reaching her ultimate conclusion.” 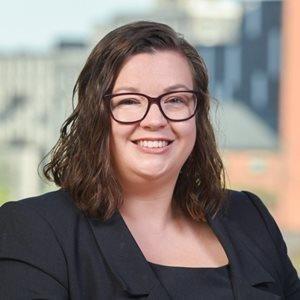