With the current Administration’s goal to deploy 30 gigawatts of offshore wind in the US by 2030, and the expectation that this will require the construction and installation of approximately 2,100 turbines, owners and contractors will likely be building at a frenzied pace. In addition, many developers and contractors will have to deal with the Jones Act for the first time, which, in short, requires any cargo shipped between US points to be carried by US-flagged, Jones Act-compliant vessels, of which there are not many prepared to service the construction and operation of the projected US offshore wind industry.

With project development involving on-shore and off-shore construction and marine activity expected to ramp up quickly, anticipated risks are abundant. Without Jones Act-complaint WTIVs, WTIVs will need to be brought in from Europe and other areas of the world at a time when off-shore wind construction activity is expected to ramp up across the globe. Even if a US project contractor is able to get their hands on a foreign-flagged WTIV, a feeder vessel system will need to be employed using a Jones Act-compliant vessel to transport turbine components to the offshore project site followed by a transfer of the components to a foreign-flagged WTIV for installation. This will lead to more offshore lifts of project cargo compared to similar campaigns elsewhere in the world, each of which brings with it increased risk.

This increased risk has the potential to bring additional claims across numerous insurance business lines including first-party property, liability, hull, and marine pollution. The alternative is to load turbine components on a foreign-flagged vessel outside of the US and transport them to the offshore project site in US waters. This is likely impractical for large scale projects and, in any event, would likely lead to increased unsustainable project costs. 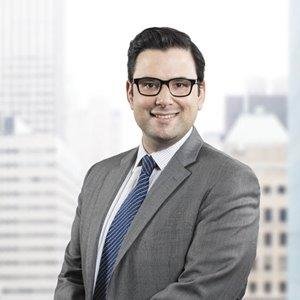