This is the fourth article in Clyde & Co’s latest international arbitration series covering the scope of court powers on issues or violations of international public policy across various jurisdictions. In this piece, associate Moamen Elwan from our Dubai office provides the legal perspective from the UAE.

The United Arab Emirates (UAE) is unique in that it is a country with two legal systems and three sets of arbitration laws. Public policy remains a vexed issue and the lack of any coherent principles, particularly in the onshore regime, has led to uncertainty.

Overview of the onshore arbitration law

The UAE ratified the New York Convention in 2006. A ‘new’ arbitration law based largely on the UNCITRAL Model Arbitration Law was issued in 2018 (the UAE Arbitration Law). Consistent with other jurisdictions, public policy is one of the grounds that may be invoked as a basis for challenging the enforcement of a foreign arbitration award or annulling (in whole or in part) a domestic arbitration award.[1]

Overview of the offshore arbitration laws

Within the UAE there are two common law based ‘offshore’ jurisdictions: (1) the Abu Dhabi Global Market (ADGM) and (2) the Dubai International Financial Centre (DIFC). These jurisdictions have their own legal and regulatory frameworks in relation to civil and commercial matters which are modelled on the English/common law system. The DIFC and ADGM also have their own arbitration laws: DIFC Law No. 1 of 2008 and ADGM Arbitration Regulations 2015. These laws are based on the UNCITRAL Model Law and contain similar public policy exceptions in relation to the enforcement/annulment of arbitration awards, in turn based on the “public policy of the UAE”.

The UAE Arbitration Law does not draw a distinction between international and domestic public policy. It simply provides that an arbitration award should not conflict with the “public order and morality of the State.” There is no exhaustive list to determine whether something is an issue of public policy/order/morality and the matter is in a state of flux; so what might be considered a rule of public policy in the past might not be regarded as such in the future and vice versa.

Article 3 of the UAE Civil Code provides guidance on the sorts of matters that may be considered issues of public policy. However, the definition is extremely broad and includes issues relating to:

[…] personal status such as marriage, inheritance, and lineage and matters relating to systems of government, freedom of trade, the circulation of wealth, rules of individual ownership and the other rules and foundations upon which society is based, in such a manner as not to conflict with the definitive provisions and fundamental principles of the Islamic sharia.

Case law has identified several other markers of public policy including:

In an important development in the commercial context, the Dubai Court of Cassation found that disputes arising out of agency contracts could be subject to arbitration. The case arose out of an agency contract subject to arbitration in the Netherlands under the rules of the Netherlands Arbitration Institute. In its decision in Dubai Court of Cassation, Challenge No. 993 of 2017, the court considered Article 226 of the (now repealed) Commercial Code of 1993, requiring that the court in which circuit the agency agreement was executed has jurisdiction over the dispute arising out of that agency agreement.  The court determined that Article 226 applies only when the state courts have jurisdiction but does not apply when the parties to the agency agreement agree to arbitrate. In its reasoning, the court differentiated between the functional and territorial jurisdiction of the courts and considered that Article 226 deals with the territorial jurisdiction while the issue related to the functional jurisdiction of the arbitral tribunal, which is not relevant for the purpose of Article 226.  This is a welcome approach because Article 6 of the Commercial Agencies Law was historically regarded to grant the local courts exclusive jurisdiction over all disputes arising out of commercial agencies as a matter of public policy.

Given the relative infancy of the offshore regimes, particularly the ADGM, there is limited guidance on public policy.

In Loralia Group LLC v Landen Saudi Company [2018] the DIFC Court confirmed that the public policy of the DIFC is the same as that of the wider UAE, whilst acknowledging that the outcomes may differ:

In Lucinethlucineth v Lutinalutina Telecom Group Ltd [2019][6], the court set out guidelines on when a public policy type argument may be invoked:

The UAE has two legal systems and three sets of arbitration laws. Although the systems may differ, the reference appears to be to the same notion of public policy; albeit, with potentially different outcomes.  The definition of public policy adopted in the UAE Civil Code is extremely broad and encompasses matters such as the “freedom of trade”, “circulation of wealth” and “rules and foundations upon which society is based”. This has led to a lack of consensus and it remains the case that there is, understandably, an evolving definition of the notion of public policy.

This series will continue next week with the position from Germany. 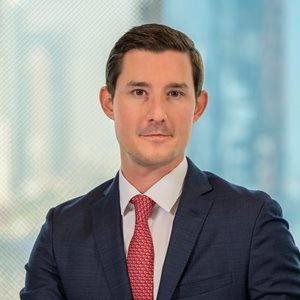 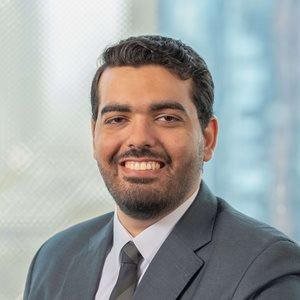