In December 2017, CD underwent an open myomectomy to remove fibroids on her uterus. The operation was performed by the Defendant and was, on the face of it, entirely uneventful. Unfortunately, 6 days after the procedure CD required a laparotomy to investigate the cause of a peritonitis which had developed shortly after the myomectomy. During that laparotomy, a micro-perforation of the ileum was identified and repaired.

CD commenced legal proceedings, with trial taking place in Cardiff County Court in December 2022.  Judgement has now been handed down.

The fundamental issue for the Court to consider was whether the evidence could establish, on the balance of probabilities, the cause of the perforation. The Claimant advanced two hypotheses – that the perforation was caused by diathermy during closure of the rectus muscles at the end of the myomectomy, or that it was caused by a suture injury during closure of the rectus sheath when a loop of bowel extruded through the muscle wall. The fact that the injury occurred was, it was alleged, indicative that something went wrong and the causal mechanisms being advanced were the likely culprits.

Having considered the evidence, the judge accepted our analysis that, unfortunately, this was one of those rare occasions where it was simply not possible to establish, on the balance of probabilities, what happened to cause the injury. Neither theory was anything more than a remote possibility premised on unproven but unlikely sequences of events; and while CD’s expert sought to explain how the injury had occurred, he had fallen into the Sherlock Holmes fallacy – simply because everything else was implausible, the Court could not, through simple exclusion, elevate the hypotheses being advanced to the level of probable causes. Science cannot, unfortunately, explain everything.

Accordingly, the claim was dismissed.

Care should always be taken to test how an expert seeks to explain the mechanism of injury. The trap here was triggered by not taking a step back and looking to derive the cause from the known evidence; the expert’s desire to positively explain the injury meant that improbable causes were given more weight than they could really carry. 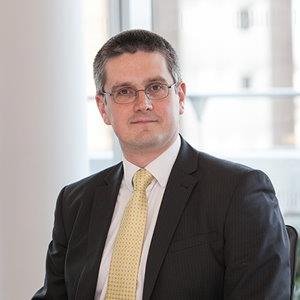