Interviewed by paralegal at Lexis®PSL Diego Salinas, Zaneta Sedilekova, associate at Clyde & Co, and Wynne Lawrence, legal director at Clyde & Co, consider the new legally binding environment targets set out by the government, including the background to these targets, the requirements imposed, and the reaction from the wider industry.

Background to the UK’s environment targets

In December 2022, the UK government published its first set of legally binding environment targets under the Environment Act 2021 (EA 2021) with an aim to protect the environment, clean up air and water and boost nature (see: LNB News 19/12/2022 10). The publication of the targets follows an extensive consultation process, the results of which were published in March 2022 (see: LNB News 16/03/2022 86).

The government is mandated to bring forward various environmental targets to tackle issues related to air quality, water, biodiversity, resource efficiency and waste reduction under Part 1 of the EA 2021. The government proposed several draft targets before the legally binding ones were adopted in December 2022. Reflecting perhaps the intense scrutiny by activists and non-governmental organisations in this area, the government’s failure to meet an original deadline of November 2022 under the EA 2021 was challenged in an official complaint to the Department for Environment, Food and Rural Affairs (Defra). The complaint was shared with the new green regulatory body, the Office for Environmental Protection (OEP), which has the power to initiate enforcement proceedings against the government, if it finds that its failure to comply with the EA 2021 amounted to a serious breach of environmental law. The OEP was created in November 2021 under the EA 2021 as a new public body to hold the government to account for breaches of environmental law by public bodies. It has general powers to scrutinise environmental plans, targets and laws, advise the government on environmental laws, as well as enforce failures to comply with such laws (see: LNB News 22/07/2022 3).

The final legally binding environment targets were published strategically, during the 15th Conference of Parties (COP15) to the Convention on Biological Diversity, the international treaty to which the UK is a signatory designed specifically for the protection, conservation and restoration of biodiversity. The UK government’s environment targets are therefore aligned with its pledges in the closing declaration of COP15, the Kunming-Montreal Global Biodiversity Framework (GBF), whereby signatories committed to conserving 30% of land and sea for nature by 2030.

Breakdown of the UK’s environment targets

Under the published environment targets, the government is required to:

Although, as explained above, these targets were published in the context of the momentum created by international biodiversity negotiations at COP15, their remit expands beyond biodiversity. While biological diversity or biodiversity refers to living elements of ecosystems, such as animals and plants, nature also comprises non-living elements, such as rocks, air and soil. By setting out specific targets for air and water, the UK’s environmental targets aim to be all-encompassing and comprehensive.

These targets will be made by way of statutory instruments; drafts were published in December 2022.

Reaction to the UK’s environment targets

The targets have been nevertheless criticised by green activists for lack of ambition and ambiguity. The general language of the biodiversity target, for instance, may need to be further tailored and include specific targets for species distribution, extinction risk, habitat extent and condition. The omission of targets on river health, water quality, protected sites for nature, nature reserves and nature’s recovery (as opposed to merely halting its decline) has also been highlighted as a significant shortcoming of the published environment targets.

Some argue that the targets are intentionally unambitious so as to be easy to achieve. For instance, an environmental campaign group has asserted that under the current targets, only 4% of new habitats will be added to the properly protected nature in England, which currently stands at 3%, meaning that the UK may miss its international commitment to protect 30% of land for nature by 2030. Such a cautious approach is hard to justify given the global recognition of the biodiversity loss crisis. However, it may have been influenced by the previous failure of the UK government (and indeed most governments worldwide) to meet the Aichi targets, predecessors to the GBF, which were set out for the decade of 2010—2020 to address and mitigate biodiversity loss across the globe.

The UK government will have an opportunity to respond to these concerns and provide a detailed plan on how to achieve its environment targets in the Environmental Improvement Plan due to be published in January 2023, which is expected to include interim targets as well. The published targets together with the Environmental Improvement Plan are meant to provide legal certainty and clarity for businesses. It is expected that as they cascade though various government departments and bodies, the targets will impact both procurement chains and the way business is conducted in the country. Corporates may be asked to identify, assess and mitigate their impacts on nature and natural resources, and make their impact analysis public. Such a step, if taken, is likely to create increased accountability and potential avenues for legal or regulatory scrutiny. 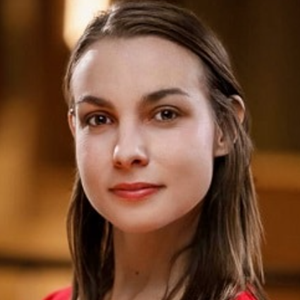 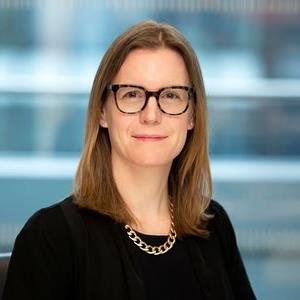