The Bill will implement as law in South Africa the UNCITRAL Model Law on International Commercial Arbitration (the Model Law), and will update existing provisions in respect of the 1958 Convention on the Recognition and Enforcement of Foreign Arbitral Awards, also known as the New York Convention (NYC). These reforms are long overdue and will give South Africa a modern system of international commercial arbitration.

The introduction of the Model Law will bring South Africa in line with the major hubs of international commercial arbitration such as Singapore, New York and London. It will also give parties to international commercial agreements confidence that dispute resolution clauses providing for arbitration will be given effect in South Africa.  What is significant is that care has been taken not to tinker with the wording of the Model Law – this is welcomed as the ultimate goal is uniformity with other Model Law jurisdictions.

The most important development will be the curtailing of the intervention of South African courts, thereby reducing avenues for delays and infractions of process that otherwise breed procedural uncertainty, which is problematic for investors.

The provisions of the Bill relating to the NYC will ensure that foreign arbitral awards will be enforced in South African courts.  Importantly, the Bill only permits a South African court to refuse to recognise or enforce a foreign award in limited and defined circumstances.

Significantly, the enforcement of foreign arbitration awards, which relate to transactions connected with the mining, production, importation, exportation, refinement, possession, use or sale of or ownership to any matter or material, of whatever nature, whether within, outside, into or from South Africa, is currently prohibited, unless the Minister of Economic Affairs consents to such enforcement.  The Bill seeks to repeal this prohibition.  This development is particularly important to South African mining houses which are involved in mining ventures beyond the borders of South Africa.

Despite the promising reforms that the Act will bring, it is unlikely that South Africa will become a hub for international commercial arbitrations overnight (refer to the comparative Australian experience discussed below). There also remain a number of legal issues which suggest hesitancy on the part of the South African government to embrace international commercial arbitration wholeheartedly.

Most troubling is recently passed legislation, being the Protection of Investment Act (enacted on 15 December 2015).  However, the President is yet to proclaim the date of commencement, and the Act is therefore not yet in force. The Act limits the ability of investors (across the board) to engage in arbitral action against the Government of South Africa.  Investors first have to exhaust domestic remedies, and thereafter the State has the discretion to decide whether it consents to arbitration with a foreign investor.  Investors are limited in choice to engaging with Government in a non-binding mediation process, and/or “approaching any competent court independent tribunal or statutory body”. The exclusion of an absolute right to international arbitration has been criticised as diminishing the security of foreign investments and has led commentators to question whether South Africa indeed wishes to be Africa's international arbitration hub.

Why is such legislation being introduced at this juncture, coincidental with the introduction of the International Arbitration Act, and what is the context?

The once secretive world of international arbitration is now very much in the public eye. This is especially true for investor-State arbitration, which has become a highly political topic in the ongoing negotiations over the Trans-Pacific Partnership (TPP), the Transatlantic Trade and Investment Partnership (TTIP) and the Canada/E/U/ Comprehensive Economic and Trade Agreement (CETA). A recent string of negative pieces in leadings newspapers has arbitration practitioners concerned about an emerging 'backlash' against investment arbitration.

What is most encouraging is the advent of the China-Africa Joint Arbitration Centre (CAJAC).  This centre has its main operational centres in Johannesburg and Shanghai and has been established primarily to resolve both trade and investment disputes which may arise between nationals, legal entities and authorities of China and Africa as a whole.  The centre is supported by the China Law Society, which enjoys substantial government support in China, and the Arbitration Foundation of Southern Africa (AFSA). The establishment of this body will serve to foster the desirability of using South Africa as an international arbitration centre.

Australian Experience of the Model Law

The NYC has had the force of law in Australia since the passage of the federal International Arbitration Act in 1974. That Act was amended in 1989 to implement the Model Law. The most recent and substantive amendments to the Act were made in 2010, adopting the 2006 version of the Model Law.

In a recent decision of the High Court of Australia, Chief Justice French and Justice Gageler noted that:

The Model Law itself requires in its interpretation that regard be had "to its international origin and to the need to promote uniformity in its application and the observance of good faith".

The Australian experience has however shown that it can take some time for domestic courts to become accustomed to grappling with the global nature of the Model Law.  Australia has witnessed an increasing willingness by courts to enforce arbitration agreements and arbitral awards by respectively staying court proceedings and narrowly applying the grounds on which the enforcement of awards will be refused (particularly the public policy ground).  Courts have therefore become more attuned to the policy behind the International Arbitration Act being, in the words of the High Court, to "recognis[e] and encourag[e] private arbitration as a valuable method of settling disputes arising in international commercial relations".

It is also hoped that a domestic arbitration bill will also be tabled in the South African Parliament, in the not too distant future, with a view to modernising the current domestic arbitration laws, and in particular limiting the role of the South African courts and fostering party autonomy by allowing parties freedom to choose how their disputes should be determined.

We will continue to publish developments in relation to the Bill/Act, the Protection of Investment Act, and our domestic arbitration laws. 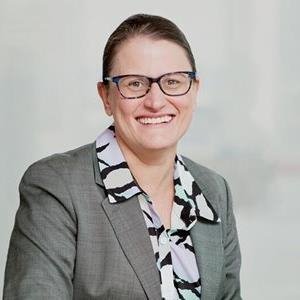