The state of "Competent Professional Practice" across Australia

The end of 2019 saw three medical negligence judgments handed down by the Supreme Courts of New South Wales and Victoria, and the Western Australian Court of Appeal. Central to all three was a consideration of the correct standard of "Competent Professional Practice" (CPP).

The cases reveal that the law around this area remains uncertain in parts. The use of CPP as an appropriate standard is based on three different statutes. It highlights potential issues with the piecemeal, state-based tort reforms to the common law across Australia. This article will briefly summarise the three cases, look specifically at two issues around CPP; the question of whether "a practice" needs to be identified and the issue of irrational/unreasonable practice and provide some tips for healthcare practitioners when faced with a potential claim.

The Plaintiff was born extremely premature at 27 weeks and three days, on 19 January 2004, at Wagga Wagga Base Hospital. At the time the hospital was not accredited to deliver a baby of fewer than 32 weeks gestation or to manage a neonate of fewer than 34 weeks gestation. The Plaintiff suffered from hyaline membrane disease, a complication of the lungs. The Plaintiff's primary case was that his mother should have been transferred to Canberra Hospital, the closest tertiary hospital, for confinement from 5 January 2004, and had this occurred the Plaintiff would have avoided suffering hyaline membrane disease. The Defendant maintained that in the circumstances that providing treatment while still at Wagga Wagga Base Hospital conformed to competent professional practice, and therefore complied with the appropriate standard of care provided for in s5O of the Civil Liability Act 2005 (NSW).

Ronald Boxwell began experiencing chest pain and was taken by ambulance to Frankston Hospital, where he remained for eight hours for examination, observation and investigation. No cause was found for his chest pain, and he was discharged without a diagnosis. He died the next day as a result of acute aortic dissection (AD). The Plaintiffs were Mr Boxwell's wife and children. They alleged that the Defendant was negligent because it failed to consider and exclude AD and failed to performed CT aortogram, which would have detected the condition in time for life-saving surgery. The Defendant maintained that by discharging Mr Boxwell without a diagnosis it was acting in a manner widely accepted by a significant number of respected practitioners in the field of emergency medicine as competent professional practice in the circumstances, and therefore within the appropriate standard of care provided for in s59 of the Wrongs Act 1958 (Vic).

The respondent was 16 months old when he suffered burns to approximately 18% of her body. While being treated by the appellant in their burns unit, she developed Acute Respiratory Distress Syndrome (ARDS). ARDS is an acute, diffuse and inflammatory lung injury that can lead to hypoxia. ARDS, in turn, caused the respondent to suffer cardiac arrest, multi-organ failure, brain damage and cerebral palsy. The trial judge accepted that the appellant's doctors and nurses had been negligent by failing to detect and treat sepsis and to prescribe antibiotics as quickly as reasonably possible. The appellant's case was that the timeliness of administering antibiotics was within a practice widely accepted as competent professional practice pursuant to s5PB of the Civil Liability Act 2002 (WA).

What is Competent Professional Practice and why is it important?

The legislative history of s50, s59 and s5PB all stem from the Review of the Law of Negligence Final Report 2002 (the Ipp Report). The intention was to reintroduce the Bolam standard of care for professionals to Australia; that a professional was not negligent if he or she acted in accordance with a practice accepted as proper by a responsible body of opinion. Previously the High Court of Australia had rejected this rule, accepting that competent professional practice was not determinative of the standard of care. Instead, it was for the Courts, and not doctors to determine the appropriate standard of care.

A professional can adduce evidence that establishes that he or she acted in a manner that was widely accepted in Australia by peer professionals as competent professional practice. Subject to the Court not finding that the practice is irrational; this establishes the standard of care. So long as the Defendant conforms with that practice will mean he or she "does not incur a liability in negligence". The test gives little room for judges who may disagree with the professional standard to impose their own different or higher standards.

The test of Competent Professional Practice

Generally, to establish that his/her actions were to the standard of competent professional practice, a professional needs to prove that:

However, as this modified standard is a creature of state-based statutes and not common law rules, as we will see, its interpretation is not uniform in its application across Australia. This piecemeal nature is reflected in two particular areas of controversy;

The distinction between "a practice" and practice has been usefully articulated by Basten JA in Sparks v Hobson [2018] NSWCA 29:

In NSW there is some controversy over the correct interpretation, but the NSW Court of Appeal currently favours the requirement of 'a practice'. This was confirmed by the NSW Court of Appeal in McKenna v Hunter & New England Local Health District [2013] NSWCA 476. However in the subsequent decision of Sparks, the Court of Appeal split on whether the requirement of 'a practice' was correct. Macfarlan JA accepted the construction reached in McKenna. Basten JA disagreed. Simpson JA, the third member of the Court, disagreed with the reasoning of McKenna but considered that she was obliged to accept it. Unfortunately, in Coffey, the trial judge failed to address the issue, and the position in NSW remains unclear.

On the other hand in Boxell, Keogh J accepted the criticisms of McKenna by Basten and Simpson JJA in Sparks and held that the text of s59(1) did not speak of "a practice" and therefore in Victoria a standard of competent professional practice is not limited to a specific practice and may cover professional practice in a more general sense.

WA has managed to avoid the issue as s5PB expressly refers to "a practice" widely accepted by peers as competent professional practice. In Mabior the WA Court of Appeal confirmed that the controversy in NSW over McKenna was avoided in WA due to the statutory language and the decision in McKenna was directly applicable to s5PB.

A Court can intervene and determine that a doctor's conduct breached the standard of care, even if his or her actions were in accordance with competent professional standards if the practice is determined by the Court to be irrational (in NSW) or unreasonable (Victoria and WA).

Since the decision of South Western Sydney Local Health District v Gould [2018] NSWCA 69, an opinion will be irrational if there can be no rational basis and that it would be exceptional to find a widely held opinion irrational. Although irrationality was raised in Coffey, the Plaintiff failed to prove the allegation, as he had failed to plead it as an issue and was not put to the Defendant's witnesses in cross-examination. As a result Harrison J held that it was not open to the Plaintiff to rely on an argument that the practice identified was irrational and that there was no evidence at all to support this contention. The hospital was able to establish that its staff's conduct was in line with CPP and was able to defend the proceeding successfully.

In contrast, Victoria relies on a lower threshold that an opinion must only be unreasonable rather than irrational. Keogh J confirmed that to establish that CPP is unreasonable means that it "cannot withstand logical analysis". He also noted that it would be a rare case for an opinion held by a significant number of respected practitioners is unreasonable. It would require either the fact that those practitioners have not directed their minds to the comparative risks and benefits of a particular practice, or that their opinion has no logical basis. In Boxell, the Plaintiff's if the failure to consider the diagnosis of AD was CPP; it was an unreasonable opinion. Keogh J held that this practice was not widely accepted in Australia; the protection of s59 failed at that point, and the judge did not need to consider the issue of unreasonableness. The judge accepted the evidence of the Plaintiff's experts that in the circumstances, the hospital should have conducted a CTA to confirm or exclude AD and was therefore negligent.

The position in WA is even stronger than in NSW and Victoria. In s5PB a practice must be 'so unreasonable' that 'no reasonable health professional' in the same position, could have acted or omitted to do something in accordance with that practice, making it more difficult to make out.

Conclusion and tips for Claims Managers and Medical Practitioners

The decisions of Coffey, Boxell and Mabior demonstrate that the law around CPP is not uniform. Different statutory wordings and requirements may lead to varying results for doctors defending medical negligence claims.

Claims professionals must remember to consider the correct state's legislation when seeking initial instructions from an insured professional.

If faced with a claim from a patient, doctors need to consider whether any clinical guidelines in Australia may support their decisions. Alternatively, if a doctor decides to depart from clinical guidelines, then they should be satisfied that their peers would consider this competent professional practice in the circumstances. Doctors should also ensure that they keep up-to-date records of conferences and seminars they attend and what topics were discussed. If a particular practice is addressed at a conference, it may be easier to establish that it represents a widely held opinion in Australia amongst professionals in this area. 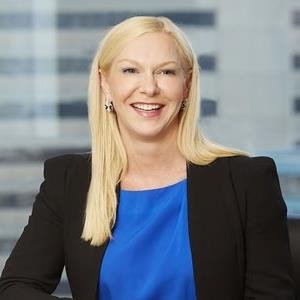