The Ministry of Planning and Investment of Vietnam has published a new draft law on PPP investments that has since been going through the legislative process in Vietnam, with final approval slated for May of this year. The draft PPP law is anticipated to address the rising demand for private sector funding for infrastructure projects in Vietnam. This article explores some of the key elements of the proposed draft PPP law.

The breakneck rate of economic growth in Vietnam over the last decade has the country facing an infrastructure bottleneck. According to estimates provided by the World Bank, up to USD 25 billion of capital will be needed annually for infrastructure projects in Vietnam. As the government has been running a budget deficit for the past few years, coupled with a self-imposed 65% debt-to-GDP ceiling, state capital is unlikely to be able to meet the required funding needs of such projects.

Infrastructure projects in Vietnam therefore have a pressing need for private sector funding, and having a functional and attractive public-private partnerships ("PPP") program could offer a solution.

The Vietnamese government has in recent years attempted to create a clear legal framework to attract investments in PPP projects. The current PPP regime in Vietnam however, as some critics have noted, still lacks the transparency, flexibility and regulatory clarity to support the long-term nature of PPP projects. Given that no PPP project has been signed since the establishment of Vietnam’s PPP pilot programme in 2011, the legislative environment needs to be improved in order to attract the investment needed to meet Vietnam’s robust demand for infrastructure development.

In May 2019, the Ministry of Planning and Investment of Vietnam released a draft law on PPP investments that seeks to consolidate the current tangle of PPP-related laws, decrees and regulations into one comprehensive law that would ease legal bottlenecks and improve the effectiveness of the current legal framework. An updated version of this draft law was introduced in late August 2019 following discussions between the government and the private sector. The Vietnamese government has since submitted the latest draft bill to the National Assembly for review, with final approval slated for May of this year.

Some of the key elements in the proposed draft PPP law are as follows:

Permitted sectors. The draft law appears to permit PPP projects in a wider range of sectors than before, but precludes PPP projects which may have a "major impact" on the environment such as nuclear power plants and projects which use land in a national park, preservation area or watershed protection forest.

The envisaged permitted sectors include:

Revenue risks allocation. The draft law would allow the state to commit to sharing revenue risks with private sector parties, by permitting the contracting state agency to share up to 50% of the shortfall between committed and actual revenue for the project in return for the private sector investors sharing up to 50% of actual revenue received above the committed revenue. Under the draft law, state agencies will also be allowed to increase tariffs or service fees (or extend the operational term) of the PPP project if the actual revenue derived by the project is lower than that agreed between the parties. These revenue risk allocation models would reduce project risk for private sector investors and also provide some certainty when evaluating potential revenue for the purpose of assessing project profitability.

Minimum equity of investors. The draft law seeks to impose a minimum equity requirement on investors in PPP projects of at least 15% of the total investment capital. The minimum equity provided for Build-Transfer arrangements must also be in compliance with other requirements (if any) under other relevant laws, for instance, those on investment, construction or land.

Governing law. The draft law requires the main project contracts with the state authorities to provide for Vietnamese law as the governing law. It is not unusual for PPP project contracts to be governed by the laws of the jurisdiction where the project is undertaken, given that such contracts concern state authorities' legal obligations and may involve matters of public policy. This requirement may however, dissuade potential investors and/or lenders as the law of a well-established legal system could be preferred for the purposes of certainty and clarity of contractual terms.

It should be noted that the draft law is still going through the legislative process in the Vietnamese National Assembly and that the abovementioned provisions are subject to amendments.

Vietnam's fast growing economy and demand for private sector funding for infrastructure projects presents apparent opportunities. However, a clear and certain regulatory environment is a crucial prerequisite for investors to commit to such long-term and capital-intensive infrastructure projects. Potential investors should therefore keep an eye on the developments with Vietnam’s new PPP law which could, when enacted, create a more conducive environment for bankable PPP projects. 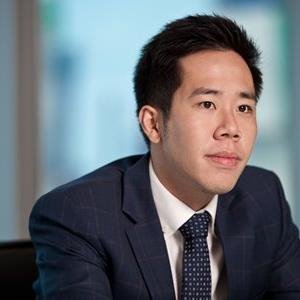