COVID-19 UK: Professional Services: The claims landscape as a consequence of the pandemic

Professional indemnity insurers and their insureds will be familiar with the uptick in claims which follows an economic downturn. The recessions of the early 1990s and after the 2008 financial crash were both followed by a surge in the number and severity of claims against professionals and what we saw in each of those (distinct) cases is instructive – though we predict some differences this time. So what pattern and what types of claims against solicitors do we expect to see as a result of COVID-19, the lockdown and the ensuing economic downturn?

This topic was discussed in detail by a global panel of our colleagues as part of our recent GC Forum series of webinars.  If you would like to watch that webinar, which is available to view until 18 June, please contact Ellen Livett. This article draws out some of the key points relating to the UK, with some additional commentary based on our perspective from the Edinburgh office.

In the 1990s, claims against law firms materialised about 12-18 months after the onset of the recession and remained at substantially elevated levels for the next six years, with many claims arising out of the residential property market (with allegations by lenders of failure to spot the indicators of mortgage fraud).  In 2008 the spike of claims fell back to previous levels much more quickly – and while lender claims were again part of the mix, they were not so sustained (perhaps in part because there was not the same widespread house price crash in the UK as interest rates remained low).

This time, we expect claims to start to come through more quickly.  This is due both to the sudden and extreme impact of the lockdown, especially on some client sectors (for example travel, leisure, hospitality, aviation) and to the much greater availability and flexibility of claims funding, which will allow cash-strapped clients to advance claims without having to commit too much, if any, of their own funds.

Clients’ financial difficulties often motivate claims against their lawyers in a downturn, of course – in some cases as pre-emptive strikes or counterclaims in fee disputes and more generally in the hope of recovery from (highly) solvent firms and the perceived “deep pockets” of their insurers.

We expect some of the claims which will be made will be of the sort familiar from previous recessions, for example:

Claims arising out of this pandemic – previous work

Other claims are likely to be made which are more specific to the circumstances of this pandemic and the associated lockdown:

Claims arising out of this pandemic – current work

Then there will inevitably be claims arising from errors and lapses made by lawyers as a result of the sudden and complete shift to remote working and the operational and financial pressures on law firms themselves. Our previous briefings have discussed the many risks inherent in the new environment, including to the confidentiality/security of data and documents, from technical difficulties, cyber risks, staff changes and the repurposing of lawyers, management, supervision and mental health issues, rapid changes in legislation, court procedures and regulatory guidance and the legal and practical challenges arising in relation to client work.

In terms of court business in Scotland, HMCTS made arrangements to use telephone, video and other technology to continue as many hearings as possible remotely and paused jury.  The Court of Session adopted a similar approach and moved to conducting procedural hearings by telephone conference, and in May 2020, the first virtual proof (trial) was successfully conducted.  Appellate hearings in the Inner House of the Court of Session have been conducted virtually.  Criminal jury trials have also been suspended in Scotland, although the courts are coming under pressure to reintroduce those and are currently taking steps to do so.  The Scottish Sheriff Courts have adopted a non-uniform approach in terms of how court business is conducted during the COVID-19 crisis.  Whilst the courts are agreed that certain urgent business should be dealt with, the hubs have issued differing guidance as to how those cases are to be processed.  As such, we can expect to see claims against solicitors arising from failures to progress cases efficiently or to comply with court deadlines due to a misunderstanding of the various arrangements implemented by different courts.  Solicitors should carefully consider whether they can now be taking steps to progress cases in the sheriff courts and should not be assuming that they cannot do so.

As for the financial pressures on law firms, we note that The Law Society of Scotland's recent analysis of the “Economic Impact on the Private Practice Sector of the Scottish Solicitor Profession” of COVID-19 reported that 80% of the solicitors surveyed reported a reduced turnover and 90% reported a fall in new business.  In such circumstances, partners may be tempted to take on clients with riskier profiles, to cut corners during client inception (for example as regards conflicts checks or due diligence procedures) or to accept “mission creep” on existing matters into areas outside their expertise.

It seems to us that while some aspects of the current working situation are novel, the underlying causes of the claims which they will give rise to are not, and we will see familiar allegations including failures in relation to the scope of retainers, conflicts of interest, supervision, advising outside expertise and missed deadlines.  As ever, prevention is better than cure and good risk management practices are the best way for firms to limit their exposure to this category of claims arising from the pandemic. 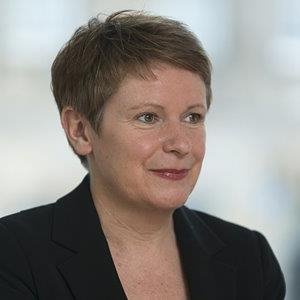