The application of the SAAMCo principle in cases of breach of trust: LIV Bridging Finance Ltd v EAD Solicitors LLP

The High Court has handed down judgment in LIV Bridging Finance Ltd v EAD Solicitors LLP. This confirms that the SAAMCo principle (as elucidated in the 2018 case of Hughes-Holland v BPE Solicitors) limiting recovery of damages in certain circumstances applies to cases of breach of trust by solicitors.

The case concerned four loans paid over a 10 month period as part of short term bridging facilities for use in the development of land. LIV, the lender, contended that it suffered loss as a result of the solicitors paying away the loan monies in breach of trust without ensuring that they were first secured by a first legal charge over specific properties, contrary to their instructions. Therefore, when the borrowers defaulted, LIV sustained significant losses and sued the solicitors for breach of trust, seeking recovery of the full amounts lost.

The Court only partially granted LIV's summary judgment application since causation and loss were only established in relation  to two of the four loans. It was held that the SAAMCo principle operated to limit the recoverable losses by reference to the solicitors' scope of duty.

Equitable compensation for breach of trust is based on the principle of putting the trust back into the position that it would have been in had the trust never been breached (Target Holdings Ltd v Redferns [1996] 1 AC 421).

However, the SAAMCo principle operates to limit damages by reference to the scope of duty owed by a professional. Where the professional's duty is limited to providing information which may form part of a client's decision making process as to whether to enter into a transaction or proceed with a particular course of action, the damages which the client will be entitled to recover will be limited to those which foreseeably arise from the professional having provided incorrect information.

However, where the professional's duty is to advise the client as to whether to enter into a transaction or proceed with the course of action, the damages will not be capped in this way and the principle of restoring the trust into the position it would have been in but for the breach by the professional will apply.

In Main v Giambrone & Law [2017] EWCA Civ 1193, the Court of Appeal had applied the SAAMCo principle in assessing the damages payable in the context of a breach of fiduciary duty. However, in that case, the Court found that the clients had been fully reliant on the solicitors' advice and had "put themselves into the hands of Giambrone" when deciding whether to go ahead with the transaction. Therefore, the claimants were entitled to recover the full amount of their loss.

However, in LIV Bridging Finance Limited v EAD Solicitors LLP, although the claimant argued that it had "totally relied" on the defendant's advice, the judge found that, unlike in Giambrone, there was no evidence to support the suggestion that the defendant solicitor was "expected to guide the whole decision-making process." Therefore, this case was one in which the professional's duty was limited to 'information' rather than 'advice', and the SAAMCo cap operated to limit the recoverable losses to those which arose from the solicitors' breach of the specific duty to obtain adequate security and confirm that this had been obtained, rather than all losses that had resulted from LIV entering into the transaction. In other words, the damages recoverable were limited to the consequences of the security not having been obtained.

The court gave summary judgment in respect of the full principal amount of the second and third loans, plus equitable or statutory interest, on the basis that there was no evidence before the court that the value of the relevant properties, over which first charges should have been obtained by the solicitors, were not sufficient to cover the loans advanced by LIV. Accordingly, if a charge had been obtained, the claimant would not have suffered loss.

In relation to the first and fourth loans, it was possible that LIV had already recovered more than the principal amount of the loans and there was a question as to whether equitable or statutory interest was payable. The judge held that these matters required investigation at trial.

It is notable that the judge considered that he could rule on the scope of the solicitors' duty under the SAAMCo principle on a summary basis.  In the previous case of BTI 2014 LLC v PwC LLP the Court had considered that the SAAMCo principle was a "notoriously difficult area of the law" requiring "clear factual findings" which could not be made on a summary basis.

So, the SAAMCo principle is now established as a means by which the Court will limit the damages recoverable in cases in which there is a breach of trust by solicitors. 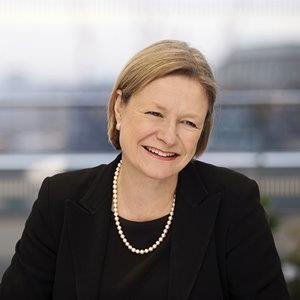