What happens when passengers' baggage ends up being delayed, damaged or lost and who's responsible?

In this article, we will address the most recent European case law on the legal liability and the right to compensation - regulated by the Montreal Convention - of European passengers whose luggage is unfortunately affected by an incident of this nature.

In this article, we will address the most recent European case law on the legal liability and the right to compensation - regulated by the Montreal Convention[1] - of European passengers whose luggage is unfortunately affected by an incident of this nature.

On July 9, 2020, the Court of Justice of the European Union (hereinafter, CJEU) gave a preliminary ruling (Case C-86/19) that had been submitted by the Juzgado de lo Mercantil No. 9 of Barcelona court in 2018, and which, in essence, requested a double interpretation on the following: first, to clarify whether in cases of a permanent loss of baggage the airline must pay the maximum amount of compensation provided for by the Montreal Convention or, on the contrary, if that amount must be moderated by the courts according to the damage caused to the passenger in each particular case; and second, to clarify what method to follow when calculating the compensation amount to be received by passengers in the event of no compensation for the maximum account referred above.

Before continuing with the analysis of the ruling, it is worth recalling three points:

“2. In the carriage of baggage, the liability of the carrier in the case of destruction, loss, damage   or delay is limited to 1,000 Special Drawing Rights for each passenger unless the passenger has    made, at the time when the checked baggage was handed over to the carrier, a special declaration of interest in delivery at destination and has paid a supplementary sum if the case so requires.”

A reading of the article of the Montreal Convention provides for a liability regime that sets a maximum limitation, but does not say anything about whether this maximum should always be paid by the carrier or, on the contrary, how should the damage be quantified when it occurs. It is within this framework, as we said, that the procedural dispute addressed by the Barcelona court (Juzgado de lo Mercantil No. 9) arose, which was referred to the TJUE in order to obtain, once and for all, an interpretation that would help put some order into the national legal landscape.

As one might expect, the judgment issued by the CJEU on July 9, 2020 is consistent with previous decisions - and with the conclusions of the Advocate General on March 11, 2020 - as it had already indicated that the limit of Article 22 of the Montreal Convention does not establish an automatic right to compensation for the 1,288 SDRs. This conclusion is based on three ideas that are briefly discussed below:

First, the Court stated not only that it had previously declared that the air carrier's liability in the event of destruction, loss, damage or delay was "limited" to 1,288 SDRs per passenger, but also that the limit provided for in that provision constituted a maximum compensation that could not be applied ipso iure and on a lump-sum basis to every passenger, even in the event of loss of their baggage.

Second, the limitation of compensation laid down in the Montreal Convention must be applied to the entirety of the damage caused, irrespective of the material or moral nature of the damage itself, unless the passenger has made a special declaration of value when handing over his checked baggage to the carrier.

And thirdly, the national court shall be the one to determine the specific damage caused to the passenger by means of the evidence submitted in the court proceedings.  In relation to this, the Court indicates that, when the injured passenger does not provide any proof of the damages caused, the national judge may take into consideration other information — such as the weight of the lost luggage and the circumstance that the loss occurred during the outward or return journey — in order to evaluate the damages suffered and therefore fix the amount of compensation that should be granted to the injured passenger.

Although none of the arguments put forward by the CJEU are excessively novel, the truth is that this ruling is expected to put an end to the decisions that were taking place in some Spanish cities, where the maximum compensation of the Montreal Convention was imposed on airlines without any further consideration.

It would not be fair, however, to forget to mention that, at least in our experience, the majority of our current case law - in line with the Walz C-63/09 and Espada Sánchez C-410/11 cases - had been dictating that passenger compensation had to be weighed, as seen, for example, at the Commercial Court No. 3 of Valencia in the Verbal Judgment 1196/2018, when it denied the passenger a compensation of 1.500 €, and instead granted him 50 euros, stating that, as we indicated in our reply to the lawsuit from Clyde & Co., "the system establishes a compensation limit, not an automatic compensation in every case and circumstance".

The truth is that, in addition to unifying case law, this CJEU’s ruling will bring material justice to this type of claims, as it has been and continues to be frequent to find claims regarding damage or loss of luggage, where passengers take the chance and ask for extremely high compensations, when in most cases, the majority of goods they were carrying did not even reach a third of the amount limit of the Montreal Convention - especially in events that occurred during short trips, such as weekends.

Finally, we do not want to end this article without sending our warmest support to the entire Aviation Industry, who is suffering so much these days because of the Covid-19 pandemic. Just as all previous crises have passed, this one will pass too. Let us hope and trust that it will do so very soon. 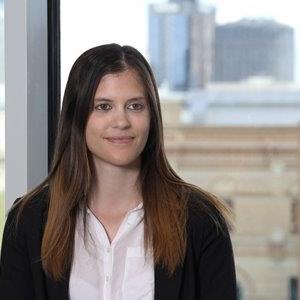