The Federal Court of Australia has provided helpful guidance on the relationship between the packing and preparation exclusion Clause 4.3 and the attachment of insurance under Clause 8.1 of the Institute Cargo Clauses (A) 1/1/09.

By a helicopter cargo insurance slip policy ("Policy"), arranged under a broker's master slip facility for risks attaching during the period 23 May 2017 to 22 May 2018 ("Facility"), the defendant Insurer agreed to insure the plaintiff Assured in respect of a containerised helicopter for a single transit between the United States and Australia.

The helicopter was moved into a hangar at the shipper's premises on 15 May 2018 to be dismantled for shipment. It remained there until about 15:00 hours local US time on 18 May 2018 when, in a more or less continuous process, the shipper's employees moved the helicopter out of the hangar, prepared it for loading, and stowed it in a container, which was loaded onto a lorry "shortly before" 17:00 hours which departed for the port of New Orleans "at or shortly after" 17:00 hours.

The helicopter was damaged in transit.

It was agreed that this was because it was inadequately secured within the container.

"Coverage is extended to include Static Cover for up to five days prior to loading" ("Static Cover Extension").

The ICC (A) relevantly provide:

"1. This insurance covers all risks of loss of or damage to the subject-matter insured except as excluded by the provisions of Clauses 4, 5, 6 and 7 below"

"4. In no case shall this insurance cover … 4.3 loss damage or expense caused by insufficiency or unsuitability of packing or preparation of the subject-matter insured to withstand the ordinary incidents of the insured transit where such packing or preparation is carried out by the Assured or their employees or prior to the attachment of this insurance (for the purpose of these Clauses "packing" shall be deemed to include stowage in a container and "employees" shall not include independent contractors)"("Clause 4.3")

"8. 8.1  Subject to Clause 11 below, this insurance attaches from the time the subject-matter insured is first moved in the warehouse or at the place of storage (at the place named in the contract of insurance) for the purpose of the immediate loading into or onto the carrying vehicle or other conveyance for the commencement of transit,

continues during the ordinary course of transit

"11. 11.1  In order to recover under this insurance the Assured must have an insurable interest in the subject-matter insured at the time of the loss.

11.2  Subject to Clause 11.1 above, the Assured shall be entitled to recover for insured loss occurring during the period covered by this insurance, notwithstanding that the loss occurred before the contract of insurance was concluded, unless the Assured were aware of the loss and the Insurers were not." ("Clause 11")

The only question before the court was therefore as to the timing of the attachment of insurance under the Policy for the purposes of Clause 4.3.

Neither party's primary case was that the insurance attached under Clause 8.1 alone. However, they each advanced alternative arguments in case the Court determined that Clause 8.1 regulated attachment:

The Assured advanced a further argument that attachment under the Policy should be assessed by reference to Australian time, not local US time, which would again result in the insurance attaching before stowage of the container was carried out.

At first instance [2020] 1 Lloyd's Rep 592 the single Judge, Allsop CJ, held that, on a true construction of the insurance contract in its commercial and contractual context, including the Facility, the Period Clause had to be given contractual force and the Static Risk insurance (which logically preceded any attachment of risk upon first movement for the purpose of immediate loading under Clause 8.1) attached at 00:00 local US time on 19 May 2018 - after the helicopter had been stowed in the container. Accordingly, the stowage was deemed to be "packing" within Clause 4.3, , and the loss was excluded.

The Judge stated, obiter, that if it had been necessary to determine attachment of the risk by reference to Clause 8.1 alone (which was not the case), the insurance would have attached at about 15:00 on 18 May 2018 local US time, when the helicopter was first moved in the hangar to take it outside to be stowed into the container for placement immediately thereafter on to a truck for immediate departure; thus "the immediacy required for Clause 8.1 was present or satisfied".

The Assured appealed to the Full Court.

The Insurer's case on appeal was that the insurance attached under the Period Clause from a point in time, i.e. 00:00 hours local US time on 19 May 2018, that commenced after transit was under way. The defective stowage of the container was carried our prior to such attachment of the insurance and was therefore deemed to be "packing", so Exclusion 4.3 applied to preclude recovery.

The Assured's case on appeal (as developed "to emphasise the significance of the Facility terms for the proper construction of the [Policy]") was that the insurance applied to the whole of the transit plus an additional period of up to 5 days before loading under the Static Cover Extension. The defective stowage was carried out within this period of insurance, after the risk had attached, the stowage was therefore not deemed to be "packing", so Exclusion 4.3 was inapplicable and the loss was covered.

On appeal neither party relied on "first movement" of the goods to attach the insurance under Clause 8.1 and the Judge's obiter statement as to the effect of Clause 8.1 alone was not considered by the Full Court.

Ultimately, this was a decision as to the way in which a bespoke clause, the Static Cover Extension, interacted with the standard provisions of the ICC (A).

Nevertheless, the decision provides interesting guidance as to the correct approach to construing bespoke and standard attachment provisions together, as to the nature and effect of the ICC (A) provisions for attachment of insurance by first movement of the goods for immediate loading, and as to the relationship between those provisions and "the time of attachment" of the insurance for the purposes of the deemed "packing" provisions of exclusion Clause 4.3.

To date, no English Court has had occasion to address the effect of packing and preparation exclusion clause 4.3, and it was necessary to look to the Australian decision of Helicopter Resources Pty Ltd v Sun Alliance Australia Ltd (The 'Ice Bird') [1992] LMCLQ 21  for guidance on the meaning of "packing" and "preparation".

Once again, the Australian Courts have provided helpful guidance, this time on the likely effect of the attachment provisions of Clause 8.1 and as to the relationship between Clauses 4.3, 8.1 and 11 of the ICC (A).

Note: This article was corrected on 16 November 2020 to clarify that the lorry departed for the port of New Orleans and to correct some dates from 2019 to 2018. 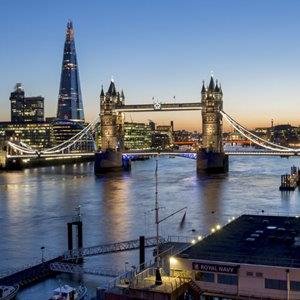