The FinCEN Files – no hiding from suspicious activities

The latest data leak of the FinCEN Files over the weekend will deliver a hefty blow to law enforcement and reporting entities across the globe. As we have seen from past leaks, incomplete and highly confidential data being leaked into the public domain invariably has serious consequences for the businesses and authorities involved.

What are the FinCEN Files?

The FinCEN Files comprise 2,657 documents leaked from the Financial Crimes Enforcement Network (FinCEN), the United States Department of the Treasury’s regulatory bureau set up to combat money laundering, terrorism financing and other economic and financial crimes.

In 2019, the FinCEN files were leaked to Buzzfeed News who promptly shared them with the International Consortium of Investigative Journalists. Over the past 16 months, 400 journalists from 88 countries have sifted through the leaked records and conducted a number of their own investigations.

The documents are said to include 2,121 suspicious activity reports (SARs) sent to the US authorities concerning transactions that took place between 1999 - 2017.   SARs are reports required to be filed by financial institutions when they suspect their clients are engaging in financial crime. The leaked SARs in question are said to cover “some of the international banking system's most closely guarded secrets”.  They relate to over 200,000 suspicious transactions valued at over USD 2 trillion that occurred over two decades.

This is just the latest in a string of leaks over the past five years that have exposed a number of politicians and high net worth individuals who have been linked to secret deals and Ponzi schemes, as well unearthing numerous cases of money laundering and other financial crimes.

Although the leak is smaller in scale compared to the leaks concerning the Paradise Papers (April 2016) and the Panama Papers (November 2017) its impact may be the greatest yet.

Why is the FinCEN leak different?

The FinCEN Files are different to these past leaks because they are not just documents sourced from one or two companies - they come from a number of the world’s leading financial institutions.

Indeed, various media sources confirm that the FinCEN Files provide important insight into what the leading financial institutions allegedly knew “about the vast flows of dirty money across the globe".

Whilst the financial institutions involved have quite rightly reported suspicious behaviour via their SARs (which incidentally are not proof of wrongdoing or crime), and may have complied with their legal requirements in this regard, it has been alleged that several of them continued to move large sums of allegedly illicit funds, despite red flags about the origins of the money. Of course, it remains to be seen whether these serious allegations have any foundation, however, any business with solid evidence of criminal activity must also act on it and stop the transactions concerned.

The latest leak will therefore, not only, once again shine the spot light on issues such as money-laundering and corruption but also raise serious questions as to whether enough has been done to tackle these issues by the largest banks and governments across the globe.  Also, the preservation of confidentiality around SARs is critical for the effective functioning of the disclosure regime. This latest leak could actually lead to under-reporting in future via this regime, if individuals and businesses feel exposed.

As for the insurance implications, the financial institutions mentioned in the FinCEN Files may now need to consider their potential exposure to claims, investigations, and related adverse media coverage.  This will not be welcome news for financial lines insurers who are experiencing an increasingly hard market, and this latest incident comes at a time when they are also facing a sharp rise in notifications generally due to the recessionary times caused by the Covid-19 outbreak. Coverage will need to be carefully considered in respect of notification triggers and also in light of the nature of the allegations made.

More broadly, it will be interesting to see whether this latest leak will re-ignite discussions in the UK, concerning the need for further reforms to reduce financial economic crime.

Whilst the introduction of a new criminal offence making corporations liable for their failure to prevent economic crimes, such as money-laundering, was first mooted over three years ago now, the Ministry of Justice has still not responded to the consultation which ended back in March 2017.

However, on 18 September 2020, the UK did unveil plans to reform its register of company information to clamp down on fraud and money laundering.

Under the new plans, directors will not be able to be appointed until their identity has been verified by Companies House.

The changes aim to increase the reliability of the data showing who is behind each company so that businesses have greater assurance when they are entering transactions with other companies. It will also improve the ability of law enforcement agencies, such as the National Crime Agency, to trace their activity for suspected fraud or money laundering.

Whilst these are steps in the right direction, only time will tell if this is enough. 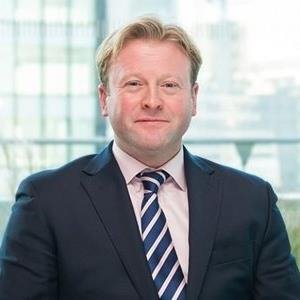