On 13 November 2020, the Court of Appeal of the Supreme Court of Queensland upheld the validity and enforceability of champertous litigation funding agreements entered into for the purposes of funding representative proceedings.

The appeal arose from representative proceedings brought by fishing and processing businesses in Gladstone (Plaintiffs), against the Gladstone Ports Corporation (GPC) for the collapse of the fishing industry following GPC's controversial Gladstone Port expansion project in 2011. The class action is being funded by litigation funder Litigation Capital Management (LCM).

The decision at first instance

In the proceedings below, GPC contended that the funding litigation funding agreements were champertous and unenforceable. Accordingly the Plaintiffs applied for declarations that the funding agreements in this case were not unenforceable by reason of maintenance or champerty, or by reason of being otherwise contrary to public policy. LCM was joined as a respondent for the purposes of the application.

GPC opposed the application, and argued that maintenance and champerty remained applicable as part of the common law in Queensland, including in the context of class actions. It argued that the mischief that the torts were designed to address was an impermissible level of practical control that might be exercised over proceedings by a third-party litigation funder and that LCM had that level of control, in this case, which was contrary to public policy.

GPC appealed. LCM was named as the fourth respondent to the appeal.

In dismissing the appeal the Court made a number of important observations.

Having undertaken a detailed examination of the historical basis of the tort of maintenance, back to its medieval origins, the Court observed that over many centuries the mischief for which the tort was originally intended to address had long since ceased to exist. As a result, exceptions to the rule against maintenance burgeoned, and the scope of the tort itself dwindled. Accordingly today, unless there is some particular aspect of public policy that would render third party funding 'improper', the law of maintaining has now been subsumed in the modern law of abuse of process.

The Court of Appeal concluded that there was nothing in the litigation funding agreements that was contrary to public policy, or that could amount to such abuse of process. It found that the litigation funding agreements in this case preserved the orthodox relationship between the clients and the solicitors, and that ultimately they ensured that it would be the Member that had the final say as to any proposed resolution of the proceedings.

In circumstances of complex and expensive litigation, such as the proceedings below, the Court of Appeal observed that it was inevitable that a significant degree of control should rest with a litigation funder. Indeed, it was efficient that appropriate control be exercised by the funder to ensure that solicitors are able to receive and act on instructions efficiently. Further, the Court of Appeal reasoned that as the motivation of a litigation funder is the same as the motivation of a litigant in person, there is no basis to be concerned that a litigation funder is more likely than an ordinary litigant to engage in unlawful behaviour.

The Court of Appeal further accepted the submission made by the Plaintiffs that the provisions of Part 13A of the Civil Proceedings Act 2011 (Qld), which deal with class actions, reserve a significant supervisory role to the Court, to an extent even greater than litigation undertaken on behalf of those lacking capacity.

Finally, the Court of Appeal recognised that current policy of the law, as found in the provisions of Part 13A which permit and regulate class action proceedings, recognises the public benefit to be derived from class actions which indeed depend on champertous agreements for their efficacy.

The judgment is an important one on a number of levels. Relative to this particular case, it preserves to the Plaintiffs the ability to proceed with their claim, in circumstances where the complex and expensive litigation simply could not proceed without the benefit of litigation funding. On a wider note, it sends a powerful message to other litigants in Queensland and other States that litigation funding can be provided in a manner that preserves the solicitor/client relationship and is not contrary to public policy. Finally, it gives guidance to litigation funding companies as to the limits of the control they may seek in their funding agreements without stepping over the threshold of public policy.

The successful Plaintiffs were represented by a legal team led by Clyde & Co partner Maurice Thompson. 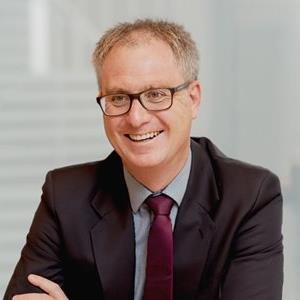