Choosing the applicable jurisdiction is one of the key factors to consider in maximising recoveries. It can be the most complex point that arises in a recovery case, but can also make the largest difference to the eventual sum recovered.

In general, there are two categories of claim to consider: contractual claims where the jurisdiction is usually expressly stated in the contract, and tort/bailment claims.

For tort and bailment claims, the jurisdiction will by definition not be subject to contractual arrangements, although in some cases where a bailment on terms arises, it can be derived from the terms of a related contract.

Even where there is an express choice of jurisdiction, in circumstances where:

a) the local law at the load or discharge port will ignore some or all of the contractual provisions, or

b) where there is a choice of forum for a tort claim,

Some of the variances between jurisdictions that can affect the level of recovery include differences in the law affecting package and/or weight limits, differences in global (tonnage) limitation, and/or the absence of some defences which might be available to the carrier in other jurisdictions.

There may be other differences between jurisdictions to consider, as a consequence of the variation in arbitration or litigation procedures. These may include the disclosure of evidence, the recoverability of costs, the ability to initiate court empowered investigations, whether a Power of Attorney is required, and last but not least, the burden of proof.

The cargo claimant may have already considered these provisions when protecting any time bars or when obtaining security for recovery claims.

For bill of lading claims, a dispute resolution clause may be found on the face of the bill, on the reverse of the bill, or it may be incorporated from another contract, such as the charterparty – which the claimant may not have!

Whether or not wording incorporating a dispute resolution clause from another contract (such as a charterparty) will be considered as effectively incorporating those terms will in turn depend on the law governing the bill of lading.

For example, in accordance with English law, it is necessary to refer expressly to the "Arbitration clause" in the charterparty in order for it to be properly incorporated into the bill of lading.

As discussed elsewhere in this series, it is essential to identify whether the recovery claim lies under the bill of lading or charterparty.  It is quite possible that the bill of lading and charterparty will have different dispute resolution clauses. Therein lies a trap. The question then arises, which clause (and similarly, which contract) will prevail for the cargo claim?

Where the lawful holder of a bill of lading is not a charterer, their claim will be under the bill of lading and the cargo claimant will be bound by the dispute resolution clause in the bill of lading. In this case, it may be possible to bring a claim under the charterparty in the name of the charterer, which should be considered if that jurisdiction is more advantageous. Of course, if the jurisdiction in both contracts is the same, that uncertainty will fall away.

Claims in tort or bailment may arise when there is an underlying contract. In these cases, the question of whether the tort claim will be subject to the law and jurisdiction provisions of the underlying contract will depend on the view taken by the court asked to deal with the claim. From an English law perspective, the court may find, for example, that a bailment on terms applies, which could also bind the claimant to the applicable contractual jurisdiction and/or other contractual provisions.

If there is no jurisdiction that is binding in the terms of bailment, either express or implied, again the national and/or international rules will dictate where the claim should be litigated, unless the parties can agree on a forum after the event.

Tort claims often arise when there is no contractual relationship, e.g., where a colliding vessel causes damage to cargo on the carrying ship. In those cases, there may well be more freedom to select the most favourable jurisdiction for the claim. It may be possible to sue the carrier in the jurisdiction where the goods were loaded or discharged, or where the incident occurred, if the court in any of those places will accept jurisdiction.

It may also be possible to sue the carrier in the place where the vessel is legally owned or by arresting the vessel to found jurisdiction.  Whether or not that is a desirable jurisdiction will depend on the laws of that country and how they impact any defences or limitations the carrier can rely upon, as well as the procedural requirements that come with the particular jurisdiction.

The enforcement strategy needs to be decided before embarking on significant steps to pursue the recovery. Most claims will be secured and enforcement will therefore be directed at the security e.g. the LOU.

If security has not yet been obtained but the claim is still considered viable, it is crucial to sue either in the jurisdiction where the carrier’s assets are located, or to be confident that any award or judgment will be recognised in the country where assets are located or where the ship can be arrested.

Careful jurisdiction selection is perhaps the most complex area to consider in recovery claims. Getting the choice right can make all the difference to the outcome of a claim, notwithstanding the underlying substantive merits.

Suitably experienced legal advice is the key to determining the correct jurisdiction. Where a choice exists, access to expertise in all of the potential jurisdictions together with the ability to critically assess the options will be crucial in selecting the best forum for maximising recoveries. 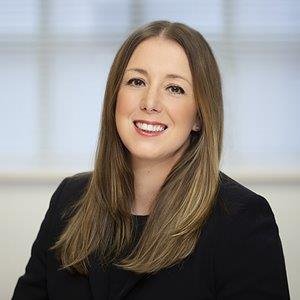