Following recommendations issued by the Law Commission in July 2020, the UK government has announced plans to overhaul laws relating to leasehold ownership of houses and flats, including lease extensions and ground rents, which have been described by critics as "feudal" and "unfair". We look at the key proposals and consider the potential impacts on parties interested in residential real estate in England and Wales.

The Ministry of Housing, Communities & Local Government has announced sweeping reforms of the laws governing ground rents and leasehold ownership of residential property.  This is the latest attempt by the Government to address the imposition of rising ground rents which have been described as "unscrupulous" and follows the announcement in 2019 of plans to ban the sale of new leasehold houses and eliminate ground rents for new leases.

The proposed changes would apply to residential properties in England and Wales, but not the remainder of the United Kingdom.

The news will be welcomed by leasehold homeowners who have been campaigning for changes to what they perceive to be unfair ground rent laws.

The impact on developers and housebuilders, particularly in the elderly and retirement sectors, is less clear, but it is likely to affect the legal structuring of both the ownership and the ongoing management of new housing developments.  The UK’s largest retirement housebuilder, McCarthy & Stone, has already commented that the proposed changes are likely lead to higher priced homes for the elderly.

The detail of the legislation will need to be scrutinised when the draft legislation is tabled and debated in the next Parliamentary session.  However, given that the proposals recommended by the Law Commission in July 2020 purported to move the law in favour of leaseholders, it will be interesting to see what steps (if any) are taken to protect the interests of landlords and developers.

The Law Commission also made various recommendations aimed at "reinvigorating commonhold". The Government's announcement confirms that it intends to bring forward a response to those recommendations in due course. 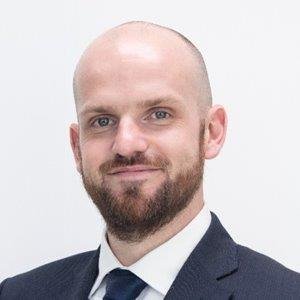