Many perceive Venezuela as a difficult jurisdiction. Its political instability, high inflation rates, a questionable independence of its judiciary and the foreign exchange control regime in force since 2003, inter alia, have for long justified this belief.

For years, a remarkably-overvalued but legal “official” rate of exchange coexisted with a much more realistic but illegal “parallel” rate. The wide margin between them deterred international and local creditors, including subrogated aviation insurers, aircraft lessors and other aviation stakeholders from pursuing the repayment of their credits in the local courts as debtors could easily -and validly- settle their debt in local currency by converting a small fraction of the original USD amount owed at the parallel rate of exchange. Litigation was therefore an unattractive and ineffective mean of dispute resolution.

The substantial disparity between the two rates also generated distortions in the aviation insurance sector. It was the bone of contention between aviation insurers and their insureds in the coverage of losses occurring in Venezuela. Whilst insureds would typically seek the reimbursement of local expenses in foreign currency at the official rate set forth in the insurance policy, insurers would seek to reimburse these expenses in local currency by doing the conversion themselves in order to prevent their insureds from making a profit out of the policy to the insurers’ detriment.

Since 7 September 2018, however, things have changed. On this date, the Venezuelan government issued a new Exchange Agreement (Exchange Agreement No. 1) which aimed to establish the free convertibility of the local currency throughout the country and repealed all of the Exchange Agreements upon which the 2003 exchange control regime had been built.

The new regime liberalised the official rate of exchange, which now fluctuates in accordance to rules of supply and demand. Although it still coexists with the parallel rate, they mirror each other; so, the difference between them is insignificant. Furthermore, it allows contractual obligations to be agreed in a foreign currency. Thus, in the event of breach, they can now be effectively enforced in the Venezuelan courts without the risks for the claimant of seeing their credit settled in local currency at a fraction of its value. This has been  confirmed by the Supreme Court of Justice though Decision No. 128 handed down by the Civil Cassation Chamber in the case of Dennis Flores et al v. Promociones Top 19-20, C.A. on 27 August 2020.

In summary, litigation is once again an effective mean to enforce breached obligations and a deterrent for parties to default on them in Venezuela.

For this reason, we provide an overview of the Venezuelan legal and judicial system and explain how it applies to the resolution of aviation disputes in the local courts. This is particularly relevant now as an avalanche of COVID-19-related claims looms.

The Venezuelan legal system in based on the civil law. As such, its procedural and substantive laws are all codified in written statutes.

The Venezuelan judicial system is hierarchycally structured as follows:

The Supreme Court of Justice

Only matters whose value exceeds 15.000 Fiscal Units can be heard over by the Supreme Court of Justice. Fiscal Units are a special unit of measure similar to the IMF Special Drawing Right, whose value is updated by the Venezuelan fiscal authority (SENIAT) every year. Its value was last set in the amount of VES1.500,00 through Resolution SNAT/2020/00006 of 21 January 2020, which was publicised in the Official Gazette 41.839 of 13 March 2020.

The Superior Courts are the second-highest court in the Venezuelan judicial system. They hears over all the appeals and challenges filed against interlocutory and final decisions handed down by First Instance Courts.

First Instance Courts, on their part, are the courts at which most civil aviation and other general disputes normally commence. As they can eventually go up to the Supreme Court of Justice, the value of claims must exceed the equivalent of 15.000 Fiscal Units.

Finally, Municipal Courts are the lowest courts in the Venezuelan judicial system. These courts normally hear  non-contentious or small claims whose value is below the equivalent of 15.000 Fiscal Units.

Since 2005, Venezuela has prided itself on having a specialized first instance and superior court with exclusive jurisdiction on aviation matters.

This resulted in nine first instance and superior courts with jurisdiction to hear over aviation, maritime, civil, commercial and banking matters scattered throughout the country.

These changes have increased access to justice as aviation claimants, especially passengers residing in cities other than the Capital city, can now file their claim in a local court located in their own estate or at least in a neighboring one. Travel to Caracas for this purposes is no longer needed as it was before.

The changes have also helped to decongest the Civil, Commercial and Banking Courts as new matters in these areas can now also be heard by the former Aviation Court. The same cannot be said in the opposite direction as the number of new aviation matters received by the courts are much less than those of a civil, commercial and banking nature.

However, as new judges with very basic knowledge in a technical and highly-specialized area of law such as aviation law will now have jurisdiction to rule upon aviation disputes, there were also fears that the uniformity of the aviation case-law will somehow be affected and that, for example, the new courts may now start applying local law provisions with preference over the provisions contained in international liability conventions. Luckily, this has not been the case so far.

Jurisdiction of the Aviation Courts

Article 157 of the Law of Civil Aeronautics sets out the scenarios in which the Venezuelan first-instance aviation court will be competent to hear over the matter. These include, inter alia:

Civil procedural rules in Venezuela are codified in the Code of Civil Procedure of 1.990 (CCP).

The CCP provides for a general procedure (Ordinary Procedure) which, pursuant to Article 338, shall be applied to all disputes unless a special procedure is applicable.

The Ordinary Procedure is structured as follows:

Article 346 of the CCP provides for defences that can be invoked by the defendant as a preliminary motion to dismiss. This includes, inter alia:

The submission of a preliminary motion to dismiss based on the any of the defences set forth in Article 346 may lead to the suspension or an early termination of the proceedings if the court finds in favour of the defendant. Therefore, it is common for defendants to present a preliminary motion to dismiss before responding to the claim on the merits.

Litigation of aviation disputes is conducted in accordance to the Ordinary Procedure. It was so established by the Supreme Court of Justice in ruling No. RC-00114 (File No. 2007-819) issued by the Civil Cassation Chamber in the claim of Alberto Colucci v. Iberia, Líneas Aéreas de España S.A. on 12 March 2009.

As such, arguments, counter-arguments and any form of pleadings and communication between the parties and the court are submitted in written form. Any oral activity such as the questioning of witnesses or cross-examination must be typewritten and recorded on the file.

Furthermore, the court system is totally manual. All briefs and pleadings must be printed out and filed in person at the court by the party’s legal counsel. With the Covid-19 pandemic, however, some changes have been introduced. E-mail addresses have been activated for each court in order for the parties to e-mail their briefs. However, personal attendance by the parties is still required as the brief must also be submitted and signed in person before the Court’s Secretary.

The use of technology in the court, however, is not ruled out. A couple of years ago, in a maritime proceedings, the court admitted a witness cross-examination to be carried out via a video-conferencing system. This set a positive precedent as it comes in handy for the collection of expert witness statements when the experts live abroad and are unable or unwilling to travel to Venezuela. Notwithstanding, this concession was given on an exceptional basis and cannot be taken for granted.

Since the enactment of the National Constitution of 1999, access to justice in Venezuela has been free, with all court fees repealed. There is therefore no need to pay court fees to bring a claim before a Venezuelan court. However, copies, bailiff or usher transportation fees, official translations and the like must be covered by the litigants as these expenses are not covered by the court.

Finally, interim injunctions such as freezing orders, arrest or seizure can always be requested, but will only be granted if is satisfied with the applicant’s demonstration of the fumus bonis iuris or the smoke of good law and the periculum in mora or danger that the delay jeopardize such a good law.

Pursuant to Article 27 of the Law of Civil Aeronautics, all aircraft, even those under construction, can be subject to interim injunctions. Their sole recording in the National Aviation Registry gives the holder of a lien the right to be paid with preference to any other creditor except those with privileged credits. However, aircraft engaged in the provision of public air carriage services can only be arrested by an order contained in a final ruling.

For further information, please contact Rodolfo A. Ruiz or Aurelio Fernandez-Concheso in our Caracas office. 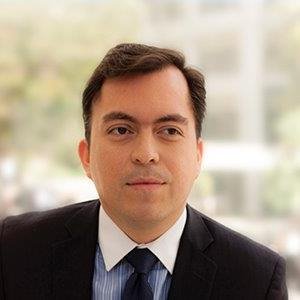