The Crossing Rules: Supreme Court hands down historic appeal judgment in ongoing litigation between owners of the EVER SMART and ALEXANDRA I

In the latest twist in the ongoing collision litigation involving the owners of the EVER SMART and ALEXANDRA I, the Supreme Court has allowed an appeal by Evergreen Marine (UK) Limited on the applicability of the crossing rules. The Supreme Court’s decision overturned the decisions on the issue in the Admiralty Court and Court of Appeal and is the first decision regarding collision liability by the country’s highest court since the House of Lords gave judgment in The Savina [1976] 2 Lloyd’s Rep 123, almost 50 years ago.

In 2017, the experienced Admiralty judge Teare J apportioned liability 80:20 in favour of Nautical Challenge Ltd on the basis of the EVER SMART’s very serious breaches of the Collision Regulations. In breach of the narrow channel rule, EVER SMART had drifted from the starboard to the port side of the narrow channel leading from Jebel Ali to the pilot boarding area. She was also going much too fast while keeping a defective radar and visual look out, and making assumptions based on “scanty information”. At 23:42 local time, she collided with the starboard bow of the ALEXANDRA I, causing significant damage. Teare J held that the ALEXANDRA I was also partially to blame for failing to keep a good aural look out, with the result that the Master misheard or misunderstood a relevant VHF conversation and failed to turn to starboard towards the narrow channel. However, Teare J found that the faults of the EVER SMART, particularly her excessive speed, were much more culpable than those of the ALEXANDRA I, and apportioned liability accordingly.

The issue subject to appeal

Following the dismissal of their appeal by the Court of Appeal (Gross, Leggatt and Lewison LJJ) in October 2018, the owners of the EVER SMART appealed to the Supreme Court on one aspect of Teare J’s decision, namely whether the crossing rules applied in circumstances where the ALEXANDRA I was manoeuvring in the pilot boarding area waiting for a pilot with a view to then entering the channel while the EVER SMART (being to the starboard side of ALEXANDRA I) was proceeding in the narrow channel outbound from Jebel Ali towards the pilot boarding area.

Both Teare J and the Court of Appeal had held that the crossing rules did not apply for two reasons: (i) because it could not have been intended that a vessel in a narrow channel might simultaneously be bound to comply with both the narrow channel rule (requiring her to keep to starboard) and also the crossing rules (which might require her to do something different by requiring her to maintain her course and speed); and (ii) because the ALEXANDRA I (the putative “give way” vessel) was not on a sufficiently steady course for the crossing rules to be engaged, it being insufficient for the stand on vessel alone to be on a steady course. Instead, ALEXANDRA I was under an obligation to follow the rules of good seamanship having regard to the requirements of the narrow channel rule as and when she entered the channel. Gross LJ, who gave the leading judgment in the Court of Appeal, noted that “there was neither need nor room for the application of the crossing rules”.

Following a hearing in October 2020, Lord Briggs and Lord Hamblen (with the agreement of Lord Lloyd-Jones, Lady Arden and Lord Burrows) allowed the appeal. Emphasising that the crossing rules were not to be lightly disapplied, the court found that only when an incoming vessel proceeding from the west was on her final approach to the entrance of the narrow channel (adjusting her course so as to proceed down her own starboard side of the channel) would the crossing rules cease to govern her passing a ship in the narrow channel which was on her starboard side. In addition, the court found there was no textual justification in the collision regulation requiring two crossing vessels to be on a steady course before the crossing rules applied. In particular, there was no requirement for either the stand on vessel or the give way vessel to be on a course before the crossing rules applied so long as they were moving relative to each other in a manner that objectively gave rise to a risk of collision.

The decision, which overturns the findings of the Admiralty judge and a Court of Appeal experienced in admiralty matters, will be of considerable interest to the maritime community and will have significant ramifications for vessels entering and exiting narrow channels and the rules to be observed at different points of a vessel’s manoeuvre.

The case will now be returned to the Admiralty Court for a decision as to whether the apportionment of liability should be varied in light of the Supreme Court’s ruling. 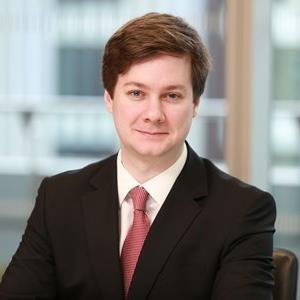