The Disclosure Pilot Scheme: change on the horizon

Revisions to the Disclosure Pilot Scheme are due to come into force on 6 April 2021. We look at some of the key changes, and at judicial treatment of Practice Direction 51U in its first few years.

After an initial term of two years, commencing on 1 January 2019, the Disclosure Pilot Scheme (which currently applies only to cases in the Business and Property Courts) has now been extended to the end of 2021. However, many of the changes to the disclosure process which it introduced are likely to be with us longer term.

The Disclosure Pilot Scheme aims to make disclosure more proportionate and tailored to the circumstances of each case. It includes the requirement for parties to agree issues for disclosure, and to disclose documents in two stages: “Initial” (usually when serving statements of case) and “Extended”, with the latter including a menu of disclosure “Models” to choose from. Additional procedural steps were also introduced which require the parties to cooperate, including in completing the Disclosure Review Document (“DRD”) prior to the first Case Management Conference.

In providing feedback, many court users reported that the pilot scheme rules as originally drafted resulted in greater bureaucracy, with several elements of the process having become more onerous. Court users provided feedback on the initial rules, and proposed amendments were published in September 2020.

The finalised amendments are due to come into force from 6 April 2021, and include the following changes:

The original pilot scheme rules have also been clarified by the courts in several recent cases, with the courts seeking to ease the burden on parties which some of the new rules had introduced.

The requirements when giving Initial Disclosure were considered and confined in two 2020 cases, Breitenbach v Canaccord Genuity Financial Planning Ltd [2020] EWHC 1355 and Qatar v Banque Havilland [2020] EWHC 1248.  In Breitenbach, the court held that documents sought at this early stage needed to be necessary in order to understand the defence that the claimants had to meet and answer. The court in Qatar also ruled to limit the scope of Initial Disclosure: it is to be “very tightly focused”, covering, for instance, a contract or key meeting note. Initial Disclosure is unlikely to be intended to cover more than “really very necessary documents”, in line with the pilot’s aims of streamlining disclosure generally.

The scope of Issues for Disclosure was considered in McParland v Whitehead [2020] EWHC 298, with the court concluding that these are very different from the issues for determination at trial. Issues for Disclosure are “issues to which undisclosed documentation in the hands of one or more of the parties is likely to be relevant and important for the fair resolution of the claim”. In many cases, the issues will not be numerous, need not be detailed or complicated, and they will almost never be legal issues. Factual issues resolved through Initial Disclosure do not need to be included.

Peter Eggers QC also commented on the need to limit Issues for Disclosure in Lonestar Communications v Kaye [2020] EWHC 1890, stating that they must not become “tangled in a complex distillation of issues, both great and small, thrown up by the statements of case”.

The requirement to disclose known adverse documents has also been considered by the court, with Stuart-Smith J holding in Castle Water v Thames Water Utilities [2020] EWHC 1374 that a party must undertake “reasonable and proportionate checks”. If a party discovers that it has, or has had, known adverse documents, it must then undertake “reasonable and proportionate steps” to locate them. This is a fairly significant ruling, as it is effectively adding something new to the rules: Practice Direction 51U defines “known adverse documents” as documents of which a party “is actually aware (without undertaking any further search for documents than it has already undertaken or caused to be undertaken)”. In relation to the continuing obligation to disclose known adverse documents imposed by the Practice Direction, Stuart-Smith J indicated that these initial checks would only need to be revisited should the “litigation context” change, for instance if new documents emerge, or a party’s case shifts materially.

Disclosure Guidance Hearings, now much more readily available from April of this year under the amendments to the pilot scheme, were positively encouraged by the court in Vannin Capital v RBOS Shareholders [2019] EWHC 1617. Joanna Smith QC commented that time and costs would have been saved had guidance been sought and obtained from the court on the issue of whether the claimant’s application fell within the scope of an existing Disclosure Order.

Many of the modest changes to the pilot scheme rules and recent clarifications introduced by the courts are generally welcome, particularly those changes impacting the early stages of claims. For those advising accountants and auditors, the removal of the requirement to contact all relevant former employees involved in a project or audit to preserve documents will ease the burden on firms with large project teams. Firms with robust data retention and storage policies and procedures will be in a stronger position to act proportionately in compliance with the amended rules. The clarification that known adverse documents do not need to be disclosed at the Initial Disclosure stage is also a much-needed amendment to the original Practice Direction, under which the timing for the provision of known adverse documents had been unclear.

Beyond the clarification about known adverse documents, there are some minor changes to the Practice Direction in relation to Initial Disclosure which will be less relevant for those advising professionals, as key documents are already likely to have been provided to the claimant pre-action in compliance with the Pre-Action Protocol on Professional Negligence (the “Protocol”). In this respect, we refer to our article on when an auditor will be required to provide pre-action disclosure, which includes a look at recent judicial comments on the role of the Protocol in relation to audit claims.

Other recent attempts to streamline the process will often only assist where disclosure is likely to be limited, something which is also less likely to be relevant for claims against professional firms. There is still room for improvement to the pilot scheme when it comes to document-heavy claims, if the disclosure process is truly to be rendered more proportionate.

However, the guidance from the court in McParland and Lonestar could assist in narrowing the Issues for Disclosure, and thereby the review process.  Avoiding entanglement in a “complex distillation of issues, both great and small” may nonetheless be easier said than done for complex disputes. Very careful drafting of the Issues for Disclosure will be required to ensure that the distinction between factual issues and legal issues has not become blurred.

It is also worth bearing in mind that Disclosure Guidance Hearings are now more readily available, and could be a helpful way to cut through costly and time-consuming correspondence about the workings of the pilot scheme.

There is an expectation that the pilot scheme is likely to be extended again, beyond December 2021, with more amendments and improvements likely. Watch this space. 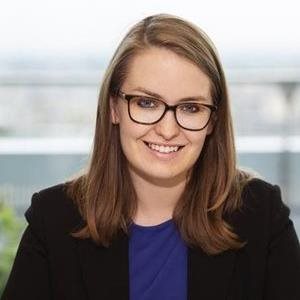