The UK Energy White Paper was published on 14 December 2020, setting out a road map for the future of the UK's energy sector. We've taken some time to digest the contents of the White Paper with a critical eye, and we've produced a series of articles on the main sections, summarising the key issues and analysing what they mean for our clients.

The Energy White Paper (“Powering our net-zero future”) sets out how the UK government plans to meet its legally binding target of net-zero emissions by 2050. [1] Chapter 4 focuses on “eliminating emissions from domestic and commercial buildings by 2050”;[2] no small task given that buildings account for 19% of UK greenhouse gas emissions. These emissions predominantly arise from:

(a) heat generation – energy sources for heating; or

The White Paper addresses both, but is much clearer in its approach to energy efficiency, signposting a legislative route to greener building. Many ideas are proposed to transition away from fossil fuels in heat generation, but it is clear that the majority are still in the R&D stage. For that reason, this article focuses on proposals addressing the energy efficiency of buildings.

Whilst no firm timeline is announced for new regulation, it suggests that “the measures in this paper could reduce emissions across power, industry and buildings by up to 230MtCO2e in the period to 2032”[3] and it is envisaged that buildings will make up the largest proportion of those savings:

These set minimum standards for rented property by reference to the EPC regime.

Part L (Conservation of fuel and power) of the Building Regulations requires the assessment of designs against a Target Emissions Rate, set by reference to a notional benchmark design for a building of a similar size and shape. The design must meet the performance of the notional standards and the completed building is tested to show it complies with the technical requirements.

The regimes are intertwined as, in practice, the data sets and computer models used to calculate compliance with the Building Regulations and to produce EPC Certificates are often substantially the same.

The table below sets out the key energy efficiency targets established by the White Paper and the government’s regulatory proposals for achieving them:

Clear targets are welcome and demonstrate a recognition of the role that buildings play in carbon emissions.

However, this recognition is not new. The government had previously announced a target to ensure all new homes were zero carbon by 2016; this plan was scrapped without ceremony in July 2015. This time around, the added pressure of a legally binding commitment to net-zero and an increasing swathe of climate litigation against governments should provide some assurance that this time the targets are for real, giving greater certainty to the industry.

Also, how clear are those targets in reality? Some of the more concrete commitments are qualified (“where cost effective”, “where practical, cost effective and affordable”). Consultations are a necessary next step, but their content is vital for the progression of workable regulation. For example, a recent consultation proposing changes to Part L faced heavy criticism for watering down existing requirements and shifting the focus to the overall carbon footprint of a development; this took the emphasis off the fabric of the building, by allowing the decarbonisation of the grid to contribute to the building’s rating. That said, the ambition of the White Paper is promising and the purpose of consultation is to invite constructive criticism.

It is also welcome that the government has sought to signpost the legislative vehicles by which it proposes to implement changes. However, the existing regime’s focus on notional benchmarking has given rise to a widely-recognised performance gap – the difference between predicted performance and performance in use.

With the technology available today to gather and process data in real-time, we would encourage a regime which requires ongoing monitoring during operation, so that each building can be accurately benchmarked against its own design.

Few timelines are set in stone and those that are given are not particularly ambitious.

For instance, the White Paper does not give a timeline for its Future Home Standard, only promising to (i) publish the results of its consultation on interim measures and (ii) to set out a roadmap to the Future Homes Standard, “as soon as possible”.

More ambition in the timeline would be widely embraced. In the last year there has been a step-change in awareness on green-building; consumers want energy efficient buildings for lower costs, attracting talent and corporate branding, and the industry wants to build green; there are few big players who have not made some commitment on climate change. From a business risk perspective, slow early uptake risks a big regulatory squeeze as 2050 looms.

The existing enforcement regimes lack teeth and are ripe for reform. Financial penalties are low, data on buildings in operation is limited and regulatory bodies have been expressly light-touch to date. The White Paper hints at changes, specifically with respect to commercial property. If the government is to ensure compliance, enforcement will be essential.

What does this mean for businesses?

Generally, contracts clearly allocate risk for compliance with statutory requirements in force at the time of contracting. However, with the details yet to be worked out on so many of the proposed amendments, parties should be clear on what happens if designs need to be varied as a result of a change in law coming into force during the works.

We also anticipate a significant rise in smart monitoring during the operation of commercial properties, driven by consumers, insurers and/or legislation. The responsibility for gathering data and the risk of efficiency performance after completion will need to be allocated by way of contract and may result in “design-life” type requirements.

Should enforcement regimes tighten as we expect, a claim in respect of a multi-occupancy development could spell significant liability in the way of penalties or remedial works.

As well as greater powers for regulators, we anticipate that consumers will form another de facto enforcement body. Climate activism has surged in recent years and public awareness of the role of buildings in climate change is growing. Add the fact that occupiers will be affected financially through energy bills and it stands that consumer driven enforcement of energy efficiency requirements poses a real risk to developers and landlords in the near future. As efficiency improves, designers should also be mindful of claims for overheating.

It is likely that the regulatory requirements will become increasingly stringent over time, as technology develops and 2050 approaches. Where a contractor is called back to remedy a building which does not achieve the required standard, will it be required to comply with the regulation in force at the time of the contract, or those in force at the time of the remedial works? Compliance failures could prove costly for both contractors and occupiers and result in lengthy disputes.

As a statement of intent, the White Paper marks a huge step forwards in tackling the UK construction industry’s role in climate change. However, much of the detail is yet to be filled in. With each year that passes, we edge closer to 2050 (not to mention the interim Carbon Budgets) and face the prospect of tighter and tighter requirements to meet targets.

Many businesses already have sustainability strategies in place in terms of their approach to design and construction methodology. With the foundations set for a volatile regulatory landscape, such strategies should expand to include contracting and claims.

[4] The current EPC Certificate regime is established by a vast array of regulations and updating statutory instruments, but centres on the Energy Performance of Buildings (England and Wales) Regulations 2012 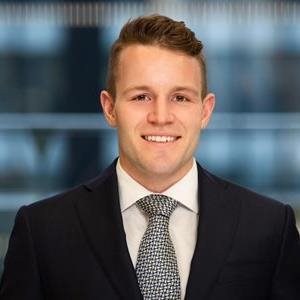