In the third article of our ‘Taiwan Offshore’ series, we provide some background information on the Taiwanese legal system, with particular focus on payment securities and enforceability of foreign judgements, which is crucial to both developers and contractors in the offshore market.

Contractors for offshore windfarm projects in Taiwan will need to know the legal background to ensure they receive all payments, and everything owed under the contract by the employers. It is therefore important to know which measures can be taken in order to secure payments for example through liens or ship arrest.

Contractors should also be prepared in case a payment is not made as agreed and decide in advance which will be the most appropriate dispute resolution mechanisms to apply.

If the payments cannot be made at all, it will be important for a contracting partner to know the circumstances under which it might go into insolvency and which measures should be taken in such an event. The following section will provide relevant information in this regard.

The legal system in Taiwan is codified, bringing together a combination of laws from countries with similar legal systems like Germany or Japan. However, some traditional Chinese laws are also incorporated into the codes. The supreme law of Taiwan is its constitution.

In the Taiwanese judicial system, there is no provision for jury trial with judges deciding all cases. This is again similar to the countries mentioned above. The legal process consists of three tiers: the Supreme Court, the High Court and the District Court.

Under Article 928 of the Taiwan Civil Code, a creditor's right to retain the debtor's movable assets is premised on the creditor's possession of the assets. By legal definition, possession means factual control of an asset or property. The courts and legal scholars further hold that creditors cannot have their debtors possess assets on their behalf to create a right of retention. In short, the situation in Taiwan is very comparable to the one in Germany.

In principle, if the debtor is not the shipowner, it will be difficult to successfully arrest a vessel. In some cases, agents of the shipowner can successfully arrest a vessel. An original power of attorney is required in order for the appointed lawyer to apply for ship arrest. If the documents are not in Chinese, a translation should be provided.

It would generally be advisable to opt for arbitration in a dispute resolution clause when dealing with potential legal disputes involving Taiwan.

Even though Taiwan is not a signatory to the New York Convention, enforcing foreign arbitral awards in Taiwan is much easier than enforcing foreign court rulings. While arbitral awards are usually enforced unless the parties are deprived of fundamental procedural rights, one has to undergo a complete court proceeding in order to enforce a foreign court ruling in Taiwan. In some cases, it might even be easier to start new court proceedings in Taiwan than try to enforce a foreign ruling. This is not the case for arbitral awards. Experience shows that awards made in the U.S., the U.K., Hong Kong, South Korea, France, and Switzerland will very likely be recognised in Taiwan.

Arbitration clauses are recognised by Taiwanese Courts. They are enforceable so long as they meet the requirements of the Taiwanese Arbitration Act. However, if the wording of the arbitration clause is considered to be ‘optional’, the majority opinion of the court is that it depends on who exercises the option (arbitration or lawsuit) first, and the other party must then follow its decision.

Notwithstanding the above, please note that with reference to the U.S. model, Taiwan has promulgated the Financial Consumer Protection Act under which the financial ombudsman service scheme, as a statutory ADR, will apply to individual consumers. Thus, the dispute with individual consumers is required to be reviewed by the ombudsman body before being arbitrated.

"A state in which a debtor is unable to meet its debts" describes insolvency under Taiwanese law. The process of insolvency generally begins upon a petition either by the debtor or a creditor when the debtor is unable to repay its debts. Comparable to German insolvency proceedings, the court will appoint a trustee and give an order for precautionary measures, such as to freeze the debtor’s property. Article 65 of the Taiwan Bankruptcy Law requires the court to issue a public notice informing creditors so they can then file their claims with the trustee within a certain period of time. If the creditors fail to do so, they will not be entitled to repayments from the residual assets.

You can read the first two articles in our Taiwan Offshore Wind Series by clicking on the links below:

Our Taiwan Offshore Wind Series continues with the final article in the series: 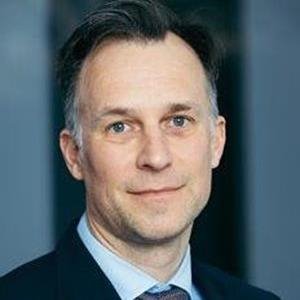 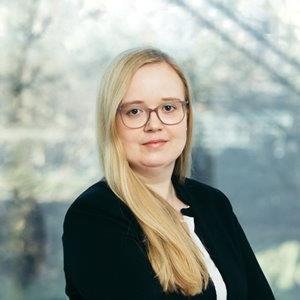