The Court of Appeal in Western Australia has recently provided greater clarity to the calculation of pre-judgment interest on past economic loss in cases involving claims of historical sexual abuse.

The Court of Appeal in Western Australia has recently handed down a decision that considered an award for damages made by the District Court in Lawrence v Province Leader of the Oceania Province of the Congregation of the Christian Brothers [2020] WADC 27.

At first instance, the District Court awarded the Respondent, Mr Lawrence, damages totalling AUD1,329,500.00. This award included an amount of AUD400,000.00 as pre-judgment interest calculated based on an award for past economic loss, pursuant to section 32(1) of the Supreme Court Act 1935 (WA) (Act).

Section 32(1) of the Act provides as follows:

(1) In any proceedings for the recovery of any money (including any debt or damages or the value of any goods), the Court may order that there shall be included, in the sum for which judgment is given, interest at such rate as it thinks fit on the whole or any part of the money for the whole or any part of the period between the date when the cause of action arose and the date when the judgment takes effect.

The current iteration of section 32 was enacted in 1983 to permit the Court, at its discretion, to award interest on past loss.

The Province Leader of the Oceania Province of the Congregation of the Christian Brothers (Appellant) lodged an appeal on the award of pre-judgment interest at first instance on the following grounds, namely that:

Mr Lawrence lodged a Cross-Appeal on the following ground:

In order to reach a concluded position, the Court of Appeal considered a variety of issues, including the legislative context around and amendments that:

This legislative tapestry provided the basis upon which the Court of Appeal considered the award of pre-judgment interest to Mr Lawrence.

With respect to ground one, the Appellant’s primary arguments were that the Court had no power to award pre-judgment interest because there was no power to award interest at the time Mr Lawrence’s cause of action accrued in 1960. The Appellant submitted that the legislative intention did not bestow a power for s 32(1) to operate retrospectively.

In the alternative, the Appellant argued that s 15B(3) of the Civil Liability Act 2002 (WA) limited its liability to that which the original office holder would have had when Mr Lawrence’s cause of action accrued. As a result of this provision, it was argued that the Court had no power to award pre-judgment interest to Mr Lawrence.

In responding to the first limb of the first ground of appeal, the Court of Appeal considered the significant amount of judicial commentary already in existence discussing the issue of pre-judgment interest and the power conferred under s 32(1) of the Act. The Appellant contended that these authorities were plainly wrong and invited the Court to not follow them.

In its judgment, the Court noted that s 32(1) creates no automatic entitlement to pre-judgment interest, but rather, it empowers the Court to create a right and obligation which did not exist prior to that order and which is separate from a pre-existing right to damages.

Upon consideration of the language, context and purpose of the section, the Court dismissed the Appellant’s primary argument and relevantly determined:

[152] “… Properly construed, having regard to the text, context and purpose of the provision, the contrary intention appears with reasonable certainty. Section 32(1) of the [Act], properly construed, empowers the court to order pre-judgment interest on a cause of action that accrued before the provision commenced.”

The Court then turned to consider the operation of s 15B(3) of the Civil Liability Act. This section relevantly provides:

“Any liability that the office holder would have had in relation to the cause of action is taken to be held by the current office holder.”

Section 15B(3) of the Civil Liability Act was enacted to empower survivors of child sexual abuse to bring proceedings against institutions that were unincorporated at the time the relevant cause of action accrued.

The Appellant submitted that the provision should be strictly interpreted, so as to suggest that they could not be liable for pre-judgment interest when the previous office holder (i.e. in 1960) could not have been found liable for the same award (i.e. because the provisions of s 32(1) had not come into operation).

On appeal, the Court noted that the overriding purpose of the amendments to the Civil Liability Act were “…to enable victims of sexual abuse to obtain just and adequate compensation irrespective of when the abuse occurred.”

In forming this view, the Court noted that it would be incongruous that a person with a cause of action in child sexual abuse could obtain an award of pre-judgment interest if the office holder at the time the abuse occurred continued to hold that office, but a person in Mr Lawrence’s position would be precluded from such an award.

Accordingly, the Court determined that the first ground of the appeal should fail.

In relation to the second ground of appeal, the Appellant contended that if the Court had the discretionary power to make an award of pre-judgment interest, such a discretion had been improperly exercised.

Specifically, the Appellant argued that the primary judgment failed to consider the unfairness of such an award, in circumstances where Mr Lawrence’s cause of action had been statute barred for many years, prior to s 32(1) coming into effect.

The Court dismissed the second ground of the appeal on the basis that the primary Judge clearly identified and considered the question of unfairness to the Appellant at first instance.

When considering the amount of pre-judgment interest, the primary judgment applied the ‘rough and ready’ approach to the calculation. This method considers the gradual rate at which an injured person suffers loss and accounts for this by calculating interest for the whole period at half the applicable rate specified in the Act.

The Court of Appeal determined that the primary Judge had erred in applying the ‘rough and ready’ method of calculation of pre-judgment interest and instead agreed with Mr Lawrence, holding that:

“The primary judge erred in principle because, having held that the ‘full’ interest rate of 6% was appropriate, the primary judge’s application of the rough and ready method beyond the actual period of the loss resulted in an inevitable and systematic under compensation…

Given the accepted purpose of s 32(1) is to compensate a claimant for having been kept out of the money which was due to him or her, it was erroneous in principle to adopt a method of calculation which could never achieve that object in the circumstances of the case.”

Ultimately, the Court of Appeal considered that the ‘rough and ready’ method is appropriate for calculating interest while the loss continues to accrue, however, is no longer appropriate once the total value of the loss has crystallised.

Arising from its findings, the Appellant’s two grounds of appeal were dismissed and the Cross-Appeal filed by Mr Lawrence was allowed. This resulted in an increase in the award for pre-judgment interest by AUD160,000.00.

In the context of historical sexual abuse claims, the Appeal Judgment provides a greater degree of clarity around a claimant’s entitlement to pre-judgment interest as well as certainty as to the appropriate use of the ‘rough and ready’ method of its calculation.

The findings on appeal will likely increase a claimant’s entitlement to pre-judgment interest and will generally provide for a more appropriate calculation for any eventual award of damages. The decision turns on the intention of a suite of legislative amendments enacted to assist victims of historical sexual abuse in pursuing claims for damages, but it also comes at an important time when the industry is looking for guidance from the Court as to the way it will approach this unique area of the law. 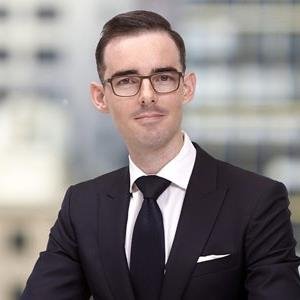