With an increasing number of foreign investors undertaking business activities in the Kingdom of Saudi Arabia, a new Anti-Concealment Law was recently issued* to regulate all of the commercial arrangements in the growing Saudi market. In this article, we provide an outline of what all businesses operating in Saudi Arabia should consider.

The New Anti-Concealment Law came into force within 180 days from the Publication Date and the Implementing Regulations should also be officially effective, revoking:

(a) Regulations which contradict with the New Anti-Concealment Law and its Implementing Regulations; and

(b) The Previous Anti-Concealment Law along with its associated regulations.

Under the New Anti-Concealment Law, concealment acts shall include any agreement or arrangement which enables a non-Saudi party (being natural or juristic persons who do not hold the Saudi nationality and are not treated as their holders) and to undertake non-licensed economic activities in Saudi by using the license or the issued approval for the concealing party (the Concealment Acts). Economic activities have wide scope of interpretation to include any service with the aim of generating revenues which typically requires obtaining specific regulatory approvals.

The New Anti-Concealment Law classifies the concealment acts as crimes or breaches depending on the nature of the commercial arrangement. It is essential to further note, in certain cases, the participation in instigation, assistance and advisory acts (the Services) for committing the Concealment Acts may have the particular provider of the Services being considered as a participant in committing the concealment crime or breach if:

(a) The provider of the Services had the knowledge on the nature of such actions; and

(b) The relevant Concealment Act(s) took place or persisted due to these provided Services.

In addition, the Implementing Regulations generally provide clarity on the specific regulatory framework and procedures, in analysing the penalized concealment acts (taking into considerations certain good faith conducted concealment breaches), specifying the adopted conditions for appointing the concealment regulatory officers, as well as the guidelines for enforcing the penalties in accordance with the provisions of the New Anti-Concealment Law.

The Implementing Regulations further expand on the scope of the 'controlling means' of an entity to include any contractual or non-contractual arrangement which enables a non-Saudi party to undertake actions as well as enjoy authorities and rights which are reserved to the owners or shareholders of an entity (as the case may be), such as:

Penalties under the Anti-Concealment Law

The New Anti-Concealment Law has introduced strict penalties which vary depending on the classification of each Concealment Act. Without prejudice to any other penalties that may be imposed under any other laws, the penalties under the New Anti-Concealment Law should be determined on a case by case basis and include significant fines up to five million Saudi Riyals, imprisonment for five years, prohibition from entering the Saudi market and potential dissolution of the respective entity.

The New Anti-Concealment Law also encourages parties to report Concealment Acts while fully protecting their identities by offering a potential reward of up to 30% of the collected fines. Under the Implementing Regulations, such reward is subject to:

(a) The validity of the reported information to commence the investigation procedures;

(b) Having the issued verdict or resolution brought deemed final;

(c) Not having the reporter of the information being convicted of the subject matter breach or crime; and

(d) The ministry's receipt of the fine from the party convicted with committing the breach or crime.

According to specific conditions, breaching parties may also be exempted or have their fine/penalty reduced if they do come forward reporting the concealment breach or crime.

In addition, the New Anti-Concealment Law and its Implementing Regulations recognise electronic means as a method for official regulatory notifications and proving the committed concealment crimes or breaches.

The Rectification Regulations provide a grace compliance period from March 2021 and prior to 23 August 2021, along with the following main rectification options:

(a) Partnership in an entity between the Saudi and non-Saudi parties: this shall apply after completing the necessary regulatory requirements in respect of the non-Saudi party authorising its official entry into the entity as a shareholder;

(c) The Saudi party's continuity in undertaking its business operation: this shall apply through the entry of a new shareholder (Saudi or licensed foreign investor) in the entity following satisfaction of the regulatory requirements and registration of the same with the Ministry of Commerce;

(e) Obtaining the premium residency by the non-Saudi party: in accordance with the applicable regulations in this regard and rectifying the position through the utilisation of the provided benefits under the secured premium residency; and

(f) The final exit of the non-Saudi party from the Kingdom: following the submission of an undertaking proving the inexistence of private rights resulting from any transactions entered into within the relevant entity. News of the exit shall be published in any of the approved means of the Ministry of Commerce in order to invite creditors to report their claims (if any) within a period not exceeding 30 days from the date of publication.

The rectification request(s) must be submitted to the Ministry of Commerce for evaluation as follows:

(a) The breaching party must submit a disclosure form, as specified by the Ministry of Commerce, which shall generally include:

(c) If the parties were not able to complete the necessary rectification measures within the prescribed period(s), then the parties should rectify their position by selecting any of the other Rectification Options within 180 days following the elapse of the required timeframe as outlined under item (b) above.

The offered exemptions and waivers under the Rectification Regulations shall not apply to:

With the New Anti-Concealment Law and its Implementing Regulations entering into effect, along with the issuance of the Rectification Regulations, we advise all entities looking to operate in Saudi Arabia to evaluate their current arrangements and seek the necessary legal advice to ensure their operations are compliant.

For further information, please do not hesitate to contact Alain Sfeir.

Find out more on how to do business in Saudi Arabia 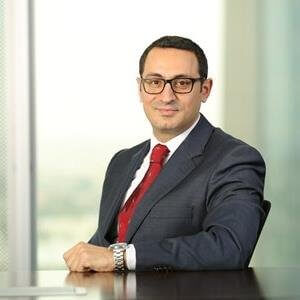