In 2017, we concluded the successful strike out of a high value personal injury claim in the High Court. The claim, valued at £1 million, had been advanced despite a previous admission in the MOJ Portal, made by the Claimant's insurer to the third party in relation to the same accident.

Dismissing the claim, the High Court held that an admission is always an admission when it relates to the same accident. The public policy reasons for ensuring the integrity of the Portal system were paramount, irrespective of the severity of the proposed claim.

The decision continues to generate much interest from other practitioners who continue to face the same issues raised in this milestone decision.

In addition, the introduction of the new OIC Portal process will raise questions of the binding nature of admissions provided within.  The new OICP addresses the issues of admissions slightly differently by emphasising that “an admission of liability by the compensator [insurer] is binding only on the compensator and only to the extent of the claim as presented within this Protocol”.

Furthermore, where a litigated claim commences via the Practice Direction applying to those claims which progress through the OICP, the PD states “a claim by another party or a counterclaim is added to proceedings under this Practice Direction, the admission of liability is not binding in respect of that other claim or counterclaim (but the court may give evidence of the admission such weight as the court considers fit).”

Nonetheless, the decision in Church still carries significant relevance for those dealing with MOJ Portal claims, and beyond.

The decision reaffirmed that the MOJ Portal is intended to be a robust system, allowing insurers to make decisions quickly and without evidence in low-value cases. There are clear policy reasons for claims to be decided consistently.  Parties who settled on one basis should be discouraged from bringing claims inconsistent with such settlements.

To have allowed the Claimant to proceed would undermine the Portal scheme and the rights of insurers to deal with claims on behalf of their policyholders.

The correct remedy for the Claimant should have been a claim for breach of contract against his insurer.  He had alleged that the admission was made without his actual or ostensible authority.  However, such a claim would be subject to the terms of the insurance contract, specifically any condition providing insurers with control of claims.

The Claimant was involved in a serious road traffic accident in January 2013.  After losing control of his vehicle, the Claimant was left lying in the carriageway.  Mr Marsh, driving a HGV as part of his employment with WCF Limited, collided with the Claimant's vehicle and then the Claimant.

Mr Marsh was injured in the collision and pursued a claim against the Claimant via the MOJ Portal.  Liability was admitted by the Claimant's insurers ("the admission"), and the claim was settled.

The Claimant subsequently pursued his own injury claim ("the claim") against Mr Marsh and WCF Limited as Defendants.  Clyde and Co, acting for the Defendants, made an Application to strike out the Claim on the basis that it was an abuse of process.

It was alleged that the admission was intended to relate to the collision between the vehicles only, as this was the mechanism by which Mr Marsh sustained his injury.

Furthermore, the admission had been made by his insurers without actual or ostensible authority, and given the value of the claim (estimated at over £1 million) was considerably more than that of Mr Marsh and to dismiss the claim would be grossly unfair.

We submitted that the Claimant's own Particulars of Claim clearly stated 'both' collisions were in fact one accident. On that basis, the admission was clear and unequivocal, and related to the entirety of the accident, and therefore 'both' collisions.

Whilst the Claimant did not disclose the details of his motor policy, it could be assumed that there was a provision giving his insurer conduct or control of claims against him, including authority to make admissions of liability. To that end, the authority of Adriana Chimel v Chibwana and Williams (2016) was applicable, as it stated that a liability admission made by a portal defendant, whether via the agency of an insurer or not, should be treated as any other admission.

The value of the claim was irrelevant; allowing the Claimant to proceed would undermine the Portal scheme and the contractual rights of insurers to admit liability on behalf of their policyholders.

At the hearing, the claim was struck out as an abuse of process and the Claimant ordered to pay the Defendants' costs.

The District Judge found that the admission was clearly intended to relate to the entirety of the accident.  The proximity of the collisions meant that no distinction in terms of negligence claims could be made.

The allegations within the Particulars of Claim were inconsistent with the admission of liability. Had evidence come to light suggesting the admission was incorrect, then insurers (and by extension, the Claimant) retained the ability to attempt to resile from the admission, whether by application or by consent.  They chose not to do so. 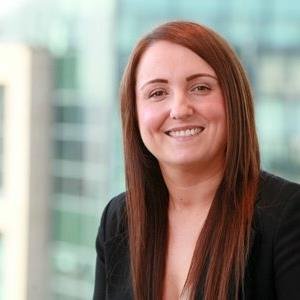