On 20 August 2021, the Irish data regulator – the Data Protection Commission (DPC) - fined WhatsApp a record €225M for a series of cross-border data protection infringements under the General Data Protection Regulation (GDPR). The fine followed a lengthy investigation and enforcement process which began in 2018 and involved the DPC’s proposed decision and sanctions being rejected by its counterpart European data protection regulators, resulting in a referral to and ruling from the European Data Protection Board.

We set out below the relevant background, the main elements of the DPC and EDPB decisions and our commentary on their broader implications.

Following the introduction of the GDPR on 25 May 2018, the DPC received a number of complaints from users and non-users of WhatsApp’s services, involving alleged breaches of transparency and data subject information obligations under articles 12, 13 and 14 of the GDPR. Those Articles include requirements to provide information to data subjects in a “a concise, transparent, intelligible and easily accessible form, using clear and plain language” (Article 12(1)) and to provide data subjects with specified information, including “the purposes of the processing for which the personal data are intended as well as the legal basis for the processing” (Article 13(1)(c) and Article 14(1)(c)).

The DPC also received a mutual assistance request from the German data regulator. The request again centred on transparency obligations, specifically in the context of evidence of possible sharing of personal data between WhatsApp and a variety of affiliated Facebook companies.

Given its status as lead supervisory authority under Article 56 GDPR - owing to WhatsApp’s main EU establishment being located in Ireland - the DPC commenced an own-volition enquiry under Section 110 of the Irish Data Protection Act 2018 on 10 December 2018.

Having investigated the alleged GDPR breaches, the DPC circulated a draft decision to its EU data regulation authority counterparts on 24 December 2020, proposing a fine of between €30m and €50m and the imposition of a corrective order requiring WhatsApp to take steps to remedy the breaches identified.

Eight European regulators objected to aspects of the draft decision, including the following:

The DPC and the concerned supervisory authorities were ultimately unable to reach an agreement on these issues, such that the matter was referred to the European Data Protection Board under Article 65 GDPR, which oversees the GDPR on a European level.

The EDPB adopted an Article 65 dispute resolution decision on 28 July 2021. The decision broadly upheld the objections raised by the DPC’s European counterparts, finding that:

The EDPB did not uphold the objection about the scope of the DPC’s investigation, finding that there was no evidence that an expanded scope of investigation would have led to a different conclusion regarding breaches of the GDPR.

Following the EDPB’s decision, the DPC issued its final decision on 20 August 2021 which revised the terms of its proposed order and imposed a fine on WhatsApp of €225M.

By way of attempted mitigation, WhatsApp made a variety of arguments, including that:

The DPC did not accept arguments 1,2,4 and 5, albeit in relation to 2, efforts to provide some required information could be taken into account when determining appropriate sanctions.

The DPC took a particularly robust stance in relation to points 4 and 5, finding respectively that:

In relation to point 3, the DPC accepted that some efforts towards compliance had been made but that they fell “significantly short” of what was required.

WhatsApp has indicated that it intends to appeal the decision.

While the scale of the fine imposed on WhatsApp by the DPC, under pressure from other concerned supervisory authorities and the EDPB, has produced much commentary, there are various points in the decisions of the EDPB and DPC which provide useful guidance for the future on the specific operation of various GDPR provisions:

As a final point, the EDPB WhatsApp decision re-emphasises the interest taken by other European regulators in the performance of the Irish DPC as EU lead supervisory authority for a number of the world’s largest technology companies, given the concentration in Ireland of such companies’ EU main establishments. The DPC’s prior draft decision in a GDPR infringement case involving Twitter was approved by the EDPB in December 2020, despite the objections of other concerned supervisory authorities. This included approval of a proposed DPC fine of €450,000 in the context of infringement of Article 33(1) and 33(5) GDPR i.e. Twitter’s failure to notify a data breach on time and failure to adequately document the breach. It is clear from the WhatsApp decision, however, that more systemic breaches of the GDPR principle of transparency will not merely command far higher fines, but also sustained EDPB and regulator-on-regulator scrutiny for GDPR enforcement purposes. 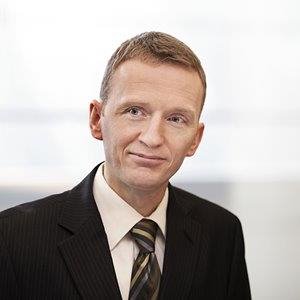