"Sentencing in Scotland is within the judge's discretion". A phrase capable of instilling either delight or dread.

It has long been the case in Scotland that sentencing has developed as a result of common practice, previous case law and finally, a judge's own experience.  For some time however, there has been progression towards the creation of a sentencing framework with a view to achieving greater consistency.

This week sees the latest move towards establishing an identifiable and clear sentencing framework with the introduction of the Sentencing Process Guideline (“the Guideline”), developed by the Scottish Sentencing Council (“the Council”).  The Guideline sets out eight steps that a court should follow in order to reach a sentencing decision.

The Scottish Sentencing Council was established in October 2015 as an independent advisory body.  Its purpose is to ensure greater fairness and consistency in sentencing, in addition to offering transparency to the public in relation to how sentences are arrived at.

Guidelines of this nature have long since existed south of the border and indeed often where a piece of legislation is UK wide, the English Guideline will be referred to by those appearing in Scottish courts.

Much has been said in the past about the weight to be attached to an English guideline by Scottish Judges. By way of example, the Definitive Guideline used in England for the sentencing of health and safety offences, corporate manslaughter and food safety and hygiene offences is routinely referred to in health and safety cases in Scotland when addressing the question of the appropriate fine for a limited company.

The Court of Appeal has decided that this guideline is to be referred to by Scottish Sheriffs and Judges, but as only a crosscheck.  The very existence of a document that can be used as a crosscheck perhaps acknowledges the fact that there is a need for official guidelines to be developed in Scotland for the purposes of the court.

Whilst the Guideline essentially sets out the eight-stage process to be gone through by any sentencing judge, the Council are in the process of developing a number of additional Sentencing Guidelines.

First on the list are those in relation to the sentencing of young people, death by driving and sexual offences.  It is perhaps clear to see that priority is not only being given to the most vulnerable people within the court system, but also those offences most prevalent within society and require to be addressed, such as sexual offences

Insofar as death by driving is concerned, like the aforementioned health and safety Definitive Guideline, the appropriate English guideline is often referred to in the Scottish courts for death by driving.  The establishment of a Scottish equivalent should be welcomed.

Whilst there is no case in which it can be said that sentencing an accused person is easy, death by driving cases are particularly emotive and quite often can carry the most serious of consequences for an accused person.  I, for one am pleased to see that guidance will be given in order that a consistent and well considered approach can be taken when dealing with these cases.

A copy of the new Sentencing Process Guideline can be found here. 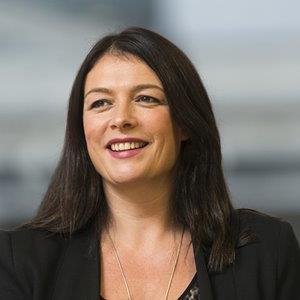