Giovanni Scumaci v Barry Martin [2021] EWHC 2833 (QB). This case concerned a car accident which occurred in a car park in Lake Windermere in April 2016. The claimant was a pedestrian and the defendant was driving a Range Rover at low speed.

The claimant alleged the defendant was driving past him in the car park whilst he (the claimant) was bending down inspecting something at the front of his hire car vehicle.  The claimant said he moved his left foot slightly to the left and the defendant’s Range Rover, who he alleged was driving too close, caught the claimant’s left foot and dragged him over, causing the rear wheel to drive over the claimant’s foot/ankle and resulting in serious debilitating injuries.  The claimant describing himself as a “third-generation hairdresser”, alleged his injuries had significantly impacted his hairdressing career and presented a pleaded claim in excess of £2m, to include a substantial claim for loss of earnings.

At the accident scene, the claimant told a police officer that he had “stumbled” into the Range Rover and it was a “freak accident”. He also apologised to the defendant at the scene.  The police officer recorded all of this information in her pocketbook and wrote the police report about 1.5 hours later when she returned to the police station.  She also took a photograph of the immediate aftermath of the accident which showed the positioning of the claimant and the defendant’s Range Rover.

The defendant said he saw the claimant bending down in front of his vehicle but that he gave him enough room to pass safely and that he did not drive ‘too close’. However, neither he nor his three passengers witnessed the actual accident and had no idea how it had occurred.

Liability was denied by the defendant’s insurers, DLG.

Liability was tried as a preliminary issue at first instance, before Master Sullivan on 30 November and 1 December 2020 in the High Court.  This was the first hybrid trial for the RCJ, with witnesses giving evidence both in person and virtually due to the fact that some were shielding due to the COVID-19 pandemic.

At the trial, evidence was given by the claimant, his partner, the defendant, his wife, the defendant’s cousin and his wife and the police officer who attended the scene.

In oral evidence, the claimant denied he told the police officer he had stumbled and/or that he apologised to the defendant.  He tried to explain away the account given in the police notebook as something the police officer had recorded from her conversation with the defendant, or that she was mistaken because he was in a lot of pain, on gas and air and did not know what he was saying.

The Master did not accept his account owing to inconsistencies in his evidence and accepted the oral account from the police officer in which she confirmed that the post-accident account in her pocketbook had been given to her directly by the claimant and not via the defendant. The defendant’s evidence was also unreliable, as he couldn’t provide an accurate estimate as to the distance he left between his car and the claimant.

The Master relied on the contemporaneous account given by the claimant and also on a photo taken by the police officer at the scene showing the claimant on the floor and the position of the defendant’s Range Rover immediately post-accident. She found that the photograph, even though she accepted that the perspectives were difficult, showed that the defendant had left enough space to pass safely even if the claimant had stumbled.

She found that the Range Rover was not a ‘dangerous weapon’, as the place the car had stopped in the photo indicated it was obviously being driven very slowly, at around 5mph. The Master found that the defendant did not fall below the standard of a reasonable driver and was therefore not negligent.

The case was subsequently dismissed at first instance.

The claimant/appellant, now represented by William Audland QC of 12 KBW, appealed the Judgment, on the basis that the Master erred in dismissing the defendant/respondent’s oral evidence at trial and instead used the sole photograph of the accident aftermath to ‘reconstruct’ the accident.

Permission to appeal was provided by Mrs Justice May in June 2021 and the appeal was heard before Mr Justice Martin-Spencer on 8 October 2021.

Counsel for the defendant/respondent, Patrick Vincent QC, argued that, conversely, the defendant was a lay individual who had been wholly inconsistent in his evidence concerning distances and the Master was right to dismiss both his – and the claimant’s evidence – as being unreliable and to focus on the one piece of objective evidence – the photograph.  It was argued that the Master did not draw inferences from the photograph and was not required to make a finding as to the distance between the claimant and the defendant’s vehicle.  Instead, she was correct in using the photograph to make a judgement call on the positioning of the defendant’s car and the relative position of the claimant to establish whether the defendant’s car was in a safe range, so as to not have been driving so close to have been negligent.  Additionally, it was argued that the Master had been in the stronger position than the appeal court, having been present for the submissions and evidence in person.

Mr Justice Martin-Spencer considered the evidence and commented as follows:

“The value judgment which the master made was, as it seems to me, archetypically one for a first instance judge who has heard and considered all the evidence and I do not consider that the case has been made out that the Master’s judgment, and the way that she reached that judgment, was one which no reasonable judge could have made. For the purposes of this appeal, the claimant must show that the Master’s decision was wrong. Whether I, or another judge, would have reached the same decision is not to the point: in the end, I have not been convinced by Mr Audland’s submission that the Master’s decision was wrong and, in those circumstances, the appeal must be dismissed.”

The dismissal of the appeal represented a saving for the insurer of potentially over £2m in damages and an estimated £400-500k in costs.

The appeal determined that objective evidence, such as a photo of the accident aftermath, is often considered to be the most reliable evidence, as witness recall is sometimes poor and evidence provided by laypeople can often be incorrect or unreliable, especially if they are cross-examined several years after an incident has occurred.  It was established that the Master at first instance was correct to find the witness evidence of the parties to be unreliable and instead focus on the only objective evidence of the accident in order to reach a decision.

The outcome of the claim stressed the importance of seeking early corroborative, objective evidence (such as photographs, CCTV, locus evidence etc.) and conducting interviews of key witnesses at the earliest stage possible, to ensure their accounts are as accurate as they can be. Early accumulation of such evidence will often enable a comprehensive and timely assessment of the prospects of success of defending the claim at Trial. 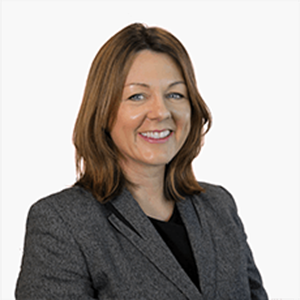