The Federal Court has dismissed an application for interlocutory relief seeking to stop Monash Health, Victoria’s largest public health service, from terminating the employment of nurses who are refusing either the COVID-19 vaccination or to disclose their vaccination status.

This interlocutory decision, handed down on 3 November 2021, demonstrates the importance of compliance with public health orders mandating vaccination which, in such instances, can warrant lawful termination of those refusing vaccination or refusing to provide evidence of their vaccination status.

The proceedings were filed on 22 October 2021 by QNurses First Inc (also known as the Nurses Professional Association of Queensland). Approximately 90 nurses at Monash Health sought an urgent injunction to restrain Monash Health from taking disciplinary action. The workers argued that Monash Health should have consulted them before commencing disciplinary action and that there was no suggestion that the relevant employees were unwilling in all circumstances to get vaccinated which is why consultation should have occurred.

The Victorian COVID-19 Mandatory Vaccination (Specified Facilities) Directions requires that health workers be fully vaccinated, having received at least their first dose of the vaccine by 29 October 2021 in order to continue working in a health care setting. Evidence of vaccination must be subsequently provided to their employer. Accordingly, this directive was enforced by Monash Health, noting that disciplinary action including termination would follow for those who did not comply.

Justice Snaden found that there was no evidence that Monash Health had sought to prevent nurses from exercising their workplace rights by commencing disciplinary action to terminate their employment. Rather, given the obligations under the public health directions mandating vaccination by which employers are bound, there was no alternative to termination available to Monash Health. His Honour went on to find that it appeared unlikely that the relevant employees would soon be victims of adverse action for reasons including that they possessed or exercised workplace rights to be consulted or because Monash Health sought to prevent the exercise of any such rights.

Although Justice Snaden appreciated that disciplinary action and termination would significantly impact Monash Health employees, relief was not granted on account of the weaknesses of the case. His Honour stated that should the case be successful at trial, terminated employees could ask to be reinstated and compensated for the period of wrongful dismissal.

Monash Health stated it had simply followed the chief health officer’s directives and that, in any case, consultation with the relevant employees would not have changed its requirement to comply with the public health directives.

Accordingly, the Federal Court refused to block Monash Health from terminating nurses’ employment if they refused vaccination against Covid-19 or refusing to disclose their vaccination status. 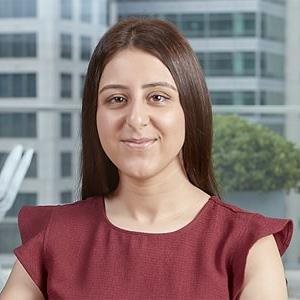