DPAs: A Snapshot of the Most Recent UK Developments

After a quiet first half of the year, July 2021 brought with it a perhaps unseasonal flurry of activity in the form of the approval by the High Court of the UK’s tenth, eleventh and twelfth Deferred Prosecution Agreements (DPAs) between the Serious Fraud Office (SFO) and three separate companies.

To date, no further DPAs have been approved by the Court this year. Nevertheless, given that the SFO’s Annual Report for 2020 – 2021 estimated that DPAs have delivered GBP 1.6 billion to the public purse since 2014, one would expect to see the SFO continue to make good use of what is an increasingly lucrative prosecutorial tool over the coming months.

What is a DPA?

In short, a DPA is a Court approved agreement between a company and either the SFO or the Crown Prosecution Service, providing an alternative to the prosecution of certain economic crimes offences (such as fraud or bribery) where that prosecutor and the Court are satisfied that entry into the DPA would be in the public interest.

The agreement will allow the suspension of a prosecution for a defined period of time, in return for the company agreeing to adhere to certain specified conditions. These include, typically, a financial penalty, implementation of a compliance programme, and continued co-operation with any ongoing investigation in relation to the alleged offences.

If the company adheres successfully to those conditions for the term of the DPA, the prosecution will be discontinued, and the company will avoid the risk of a criminal conviction.  If it does not, criminal proceedings will be recommenced.

The Eleventh and Twelfth DPAs

On 19 July 2021, the High Court approved two separate DPAs between the SFO and two – as yet – unnamed UK based companies.  Although the two DPAs are distinct, they share (for the first time in UK DPA history) a common Statement of Facts.

Both DPAs are still subject to reporting obligations (likely so as not to prejudice any criminal proceedings that may be brought against individuals involved in the conduct), which means that the Statement of Facts and judgments approving entry into the agreements are yet to be published.

However, what we do know is that the companies, in the words of the Director of the SFO, Lisa Osofsky, “either actively participated in or failed to prevent the rolling use of bribes to unfairly win contracts” in the UK.  The SFO press release further clarifies that the charges under the DPAs relate to offences contrary to section 1 (offences of bribing another person) and section 7 (failure of commercial organisations to prevent bribery) of the UK Bribery Act 2010.

Under the DPAs, the companies will pay a total of GBP 2,510,065, comprising disgorgement of profits and a financial penalty. In addition, for the two-year lifetime of each DPA, a parent company of the two companies must support a comprehensive compliance programme and satisfy obligations to report to the SFO on compliance, at regular intervals.

Earlier that month, on 1 July 2021, the High Court approved a DPA between the SFO and Amec Foster Wheeler Energy Limited (AFWEL).  The Statement of Facts, again, remains under reporting restrictions.

Under the terms of the DPA, AFWEL has taken responsibility for ten offences relating to the use of corrupt agents in the oil and gas sector by its legacy Foster Wheeler business. Those offences took place between 1996 and 2014 across multiple jurisdictions, including Nigeria, Saudi Arabia, Malaysia, India and Brazil.

Given the wide jurisdictional reach of the accepted offending, it perhaps comes as little surprise that this DPA forms part of a US$ 177 million global settlement, with the UK SFO, the US Department of Justice (the DOJ) and a number of Brazilian authorities. Under the terms of the DPA, AFWEL and its parent company, John Wood Group plc (Wood) will pay a financial penalty and costs amounting to GBP 103 million in the UK, including the SFO’s costs in the sum of GBP 3.4 million.

The DPA is accompanied by an undertaking by Wood that it will continue to co-operate with the SFO and other law enforcement and regulatory authorities for the three-year term of the DPA. In addition, Wood will report annually to the SFO on its Group-wide ethics and compliance programme.

Those obligations on Wood, as AFWEL’s parent company, may seem particularly onerous in light of the fact that it had only acquired AFWEL in October 2017, when the SFO investigation was in its preliminary stages, and long after the alleged wrongdoing had ceased. Indeed, in the judgment approving the DPA, Lord Justice Edis was clear that Wood was “clearing up the mess” despite being “entirely innocent” of the alleged offences.  Nevertheless, his Lordship was clear that the criminal activity accepted by AFWEL was so serious that he would not have approved the DPA had the company not been under new management, and in circumstances in which Wood “fully intend[ed] to ensure that its activity is carried on without corruption in the future”. 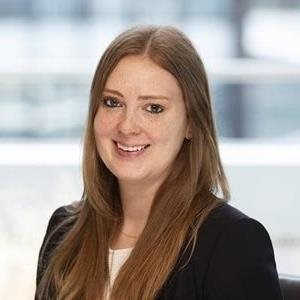