In Charles B Lawrence & Associates v Intercommercial Bank Ltd (Trinidad and Tobago) [2021] UKPC 30, the Privy Council considered the loss recoverable by a lender for a valuer’s negligent valuation, in circumstances where the lender’s security was worthless in any event because the title to the secured land was defective.

The decision provides further insight into how the Court will determine scope of duty in professional negligence cases following the landmark decisions of the Supreme Court earlier this year in Manchester Building Society v Grant Thornton UK LLP [2021] UKSC 20; and Khan v Meadows [2021] UKSC 21, which were handed down together. Our previous insights in relation to these cases can be found here, here and here).

It will be of particular interest to valuers and conveyancing solicitors, but also, by analogy, other professionals wishing to understand the impact of Manchester Building Society and Khan on their practices, particularly where they may be instructed in relation to a discrete aspect of a matter and/or alongside other professionals.

Intercommercial Bank Ltd (“the Bank”) instructed Charles B Lawrence & Associates (“CBL”) to value land for the purposes of a proposed mortgage to Singapore Automotive Trading Ltd (“the Borrower”). The land was owned by Rafferty Development Ltd (“the Guarantor”), which was to be the guarantor of the loan and offer up the land as security.

CBL valued the land at $15 million on the assumptions that:

In reliance on CBL’s valuation, the Bank loaned $3 million to the Borrower. The Borrower subsequently defaulted on the loan without making any repayments and the Guarantor failed to meet its obligations. Accordingly, the Bank took steps to enforce the security, but the highest bid that it received for the land was $2 million. The Bank commenced proceedings against CBL alleging that its valuation was negligent.

Matters subsequently went from bad to worse for the Bank when it discovered that the Guarantor did not have good title to the land, rendering the security worthless. The Bank then brought a further negligence claim against its conveyancing lawyers for their negligent title investigations. The Bank and its lawyers settled this case for $2.4 million, but the claim against CBL proceeded to trial.

The decisions of the lower courts

At first instance, the High Court of Trinidad and Tobago found that CBL had breached its duty to the Bank because it:

The Court found that all the Bank’s losses in connection with the loan agreement flowed from CBL’s breaches of duty and were recoverable from CBL, subject to a credit for the settlement with the Bank’s conveyancing lawyers. Damages were assessed at approximately $2.36 million.CBL appealed to the Court of Appeal of Trinidad. The Court of Appeal upheld the first instance decision, save that it decided that a lower rate of interest was applicable and a 20% discount should be applied for contributory negligence on the basis that the Bank had not conducted its own inspection of the land to verify that it was vacant. Following the Court of Appeal’s decision, CBL were liable to pay the Bank approximately $2.07 million.

The appeal to the Privy Council

CBL then appealed to the Privy Council. The key issue on the appeal was whether the lower courts were correct that all the losses claimed fell within CBL’s scope of duty in view of South Australia Asset Management Corporation v York Montague Ltd (“SAAMCO”) [1997] AC 191, as it had since been reconsidered by the Supreme Court in Manchester Building Society and Khan.

CBL argued that the Bank had suffered two distinct and separable losses:

CBL submitted that the second loss was outside the scope of its duty of care because CBL were not instructed or expected to investigate title to the land - that was the role of the Bank’s conveyancing lawyers - and CBL was therefore not responsible for the security being valueless. On CBL’s case, the correct measure of damages was the loan sum of $3 million, less the true value of the land as at the date of the loan assuming there was good title (i.e. $2.375 million), which came to a balance of £625,000. CBL argued that a discount for contributory negligence ought then to be applied, with interest calculated on the final sum after deductions. This calculation equated to damages of $833,204 – approximately $1.25 million less than the Court of Appeal’s assessment.

In response, the Bank submitted that the valuation report was commissioned for the purposes of the loan and, accordingly, all reasonably foreseeable losses suffered by the Bank as a result of the decision to enter into the loan transaction fell within CBL’s scope of duty. The Bank argued that the loan would not have been made at all had CBL advised it of the presence of the occupiers on the land.

The Privy Council unanimously allowed CBL’s appeal and accepted its calculation of damages. In doing so, it made several important observations on the assessment of damages in professional negligence cases following Manchester Building Society and Khan.

Applying these two cases, the Privy Council noted that in determining the scope of a professional’s duty of care, it was important to consider the purpose of the advice or information being given. It cited the following passages of the judgments:

“The scope of the duty of care assumed by a professional adviser is governed by the purpose of the duty, judged on an objective basis by reference to the purpose for which the advice is being given… in the case of negligent advice given by a professional adviser one looks to see what risk the duty was supposed to guard against and then looks to see whether the loss suffered represented the fruition of that risk.” (paragraphs 4 and 17, Manchester Building Society).

The Privy Council concluded that it was clear that the purpose of CBL’s report was to value the land on the assumption that there was good legal title, as was expressly stated in the report. It was not within the scope of CBL’s duty to advise on or give information about legal title, and the Bank did not commission CBL’s report for that purpose.

The loss factually caused to the Bank by the defect in title should therefore be deducted from the losses recoverable from CBL. This was assessed as the true value of the land as at the date of the loan on the assumption that there was good title in the sum of $2.375 million.

The Privy Council found that no credit should be given for the Bank’s settlement with its conveyancing lawyers. This settlement related to the Bank’s loss attributable to the defect in title, which, as above, was outside the scope of CBL’s duty (and within the scope of the conveyancing lawyers’ duty only). It was not suggested that the settlement sum exceeded that loss such as to raise the prospect of any double recovery and thus it was irrelevant.

In reaching its decision, the Council focused in particular on Khan. This case concerned a defendant doctor who (on the basis of inappropriate tests arranged by a colleague) led a claimant patient to believe that she was not a carrier of the haemophilia gene. The patient went on to give birth to a child who suffered from both haemophilia and autism. The Supreme Court held that the doctor was liable for losses attributable to the child’s haemophilia, but not for losses attributable to the child’s autism. This is because the patient had approached the doctor with the specific purpose of ascertaining whether she carried the haemophilia gene and not for advice about the general risks of pregnancy, including autism.

The Privy Council commented that, similarly to Khan, here the overvaluation loss was within the scope of CBL’s duty, but the defective title loss was not: “in each case that conclusion follows from the purpose of the advice or information given by the professional and hence the risk that was being guarded against.” (paragraph 17, Charles B Lawrence). The Privy Council then turned to consider the SAAMCO counterfactual test (i.e. whether the claimant would still have suffered the same loss if the information or advice given had been correct – where there is recovery only if the answer is no). In Manchester Building Society and Khan, the Supreme Court explained that the SAAMCO counterfactual test could in most (but not all) cases be used to “cross-check” the result reached on the analysis of the purpose of the duty. The Privy Council found that applying the counterfactual test to the present case would contradict the conclusion that the defective title loss was outside the scope of CBL’s duty of care. That was because, on the counterfactual, the land would have been worth $15 million (assuming no defect in title) and the Bank’s security would have been sufficient to cover the Borrower’s and the Guarantor’s default. The Privy Council concluded that this was a case where the counterfactual was “unhelpful” and this only reinforced the Supreme Court’s decision “that the counterfactual is of second-order importance as regards establishing the scope of the duty and is a helpful cross-check of that scope in most but not all cases.” (paragraph 19, Charles B Lawrence, their emphasis).

This judgment reinforces the Supreme Court’s decision in Manchester Building Society and Khan that the test for determining the scope of a professional’s duty of care is to ascertain the purpose for which the relevant advice or information was given, and analyse whether the losses claimed flow from the risk which that advice or information was intended to guard against.

The decision also highlights that, while the SAAMCO counterfactual test will represent a useful “second line” analysis in many cases, where it produces a different result which is inappropriate to the case at hand, the Court will be reluctant to stray from its conclusions on the primary “purpose” test.

For valuers – and indeed other professionals – this case underscores the importance of agreeing with the client (and recording in writing) the scope and purpose of the work at the outset of the instruction, and ensuring that any limitations or assumptions on which that work is based are also clearly recorded in the retainer and/or the valuation report or equivalent work product. 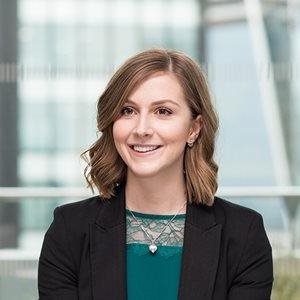