In December 2020 a revised Oil and Gas Authority (OGA) strategy was laid before Parliament. Five months later the strategy was challenged in the courts by the environmental group Paid to Pollute, partly on the basis that it was irrational given the UK Government’s legally binding commitment to reach ‘net zero’ by 2050 (R (on the application of Cox) v Oil and Gas Authority [2022] EWHC 75 (Admin)). However, the court disagreed, finding that Paid to Pollute had oversimplified the economic assessment underlying the new strategy.  In any case, it was inappropriate for the court to balance competing objectives; that was the responsibility of OGA, as regulator, and they had clearly taken the UK’s domestic action on climate change into account. The UK government has welcomed the decision, stressing the need for transitional arrangements while the economy moves to net zero. Paid to Pollute has said that it may appeal the judgment.

Following the trial in July 2020 of former Unaoil executive Ziad Akle, who was sentenced to five years’ imprisonment for two counts of conspiracy to give corrupt payments, the English Court of Appeal has quashed his conviction, criticising the Serious Fraud Office (“SFO”) for withholding key evidence, remarking that the refusal to provide the documents “was a serious failure by the SFO…neither the defence nor the judge had anything like the full picture”. Mr Akle has now been released from prison and the UK Attorney General has commissioned an independent review of issues arising from the case, in particular the SFO’s dealings with a Miami-based private investigator who represented the founding family of Unaoil. The SFO has also set up its own investigation into the affair.

As a general rule, when parties exchange standard terms in a so-called ‘battle of the forms’, it is the final set of terms to be sent-the ‘last shot’-that applies to the resulting contract.However, the English Court of Appeal has confirmed in TRW Ltd v Panasonic Industry Europe GmbH that there is an exception to this rule where the initial terms explain that they should override subsequent terms, and the counter-party agrees to this.  In this dispute, the seller of electronic resisters benefited from the exception by creating a ‘master agreement’ under which all subsequent purchases had to be made. The fact that the master agreement may not have been supported by consideration did not undermine its force, given its similarity to public procurement and framework agreements which are not generally challenged on this basis.

It is well understood that an entire agreement / non-reliance clause precludes claims based on matters outside the contract. However, the English High Court has ruled that this does not prevent evidence of such matters being taken into account, as part of the factual matrix, when interpreting terms of the contract.In Buckinghamshire Council v FCC Buckinghamshire Ltd, the parties had entered into a private finance initiative agreement in relation to a waste to energy thermal plant operated by the defendant. The plant processed waste from third parties as well as the council. Under the agreement, income above a specified amount would be shared between the parties. The defendant argued that the threshold was linked to the actual rate of inflation, in accordance with UK government guidance on private finance initiative projects, but the council disputed this. The court agreed with the defendant holding that the guidance could be used in assisting the interpretation of the contractual terms, even though the contract itself referred to a base rate financial model that assumed a constant rate.

In the context of a dispute concerning the building of an ‘eco-town’ close to Oxford (Brooke Homes (Bicester) Ltd v Portfolio Property Partners Ltd & Ors), the English High Court has summarised helpfully the authorities on different kinds of endeavours clauses, ranging from those that impose the simple obligation to use ‘reasonable endeavours’ to those requiring ‘best endeavours’. Depending on the context, the latter sometimes may require the sacrifice of some commercial interests on the part of the party. In between these two extremes, a clause requiring ‘all reasonable endeavours’ was less likely to require a commercial sacrifice of this kind. The judge also concluded that the duty of good faith comprised (1) a duty to act honestly, judged by reference to reasonable and honest people; (2) observance of reasonable commercial standards of fair dealing; (3) fidelity or faithfulness to the common purpose, or contractual purpose; and (4) more generally to act consistently with the justified expectations of the parties. However, even these general principles were subject to “substantial contra-indications elsewhere in the contract”.

In Aelf MSN 242, LLC (a Puerto Rico limited liability company) v De Surinaamse Luchtvaart Maatschappij N.V. D.B.A. Surinam Airways, an issue arose as to whether  a party could dispute the jurisdiction of the English court after it had applied for an extension of time to serve its defence. The defendant (the national flag carrier of Surinam) did not reserve its position on the question of jurisdiction, but instead filed an acknowledgment of service form indicating that it intended to defend the claim. It also requested an extension to the deadline for filing its defence, again, without reserving its position on jurisdiction. The court noted that there is no obligation to serve a defence before the hearing of a jurisdiction challenge, and for this and other reasons concluded that the defendant had submitted to the jurisdiction of the English courts. The case is a reminder of the need to tread carefully if there is a potential jurisdictional challenge, whether the challenge is based on conflict of laws principles or an assertion (made here) that proceedings had not been properly served.

In Tenke Fungurume Mining SA v Katanga Contracting Services SAS, the Commercial Court has confirmed that an arbitral tribunal has wide discretion in how it manages an arbitration, and the courts should only allow a challenge to an award for serious irregularity (under section 68 of the English Arbitration Act 1996 (the “Act”)) where “justice calls out” for the irregularity to be corrected. In this case, two of the alleged irregularities concerned a refusal to adjourn proceedings because of problems caused by the Covid-19 pandemic. The third concerned a refusal to allow cross-examination regarding a funding agreement. This judgment arrives against the backdrop of the UK Law Commission’s recent announcement that it will be reviewing the Act, including sections 67 to 69, which allow awards to be challenged on limited grounds.

The UK government has announced that, from 6 April 2022, over 1,300 of the largest UK-registered companies and financial institutions will have to disclose climate-related financial information on a mandatory basis, in line with recommendations from the Task Force on Climate-Related Financial Disclosures. This follows shortly after the Task Force published its annual Status Report, which found that disclosures had accelerated over the past year and that over 50% of firms disclosed their climate-related risks and opportunities. Such disclosures help investors and businesses to better understand the financial impacts of their exposure to climate change, and price climate-related risks more accurately. By applying a common set of requirements aligned with the TCFD recommendations, the aim is that UK companies will be provided with a uniform way to assess how a changing climate may impact their business model and strategy, and ensure they are well placed to harness opportunities from the UK’s transition to net zero. More

In a dispute concerning mining and exploration concessions granted to Ecuador’s national mining company, the Constitutional Court of Ecuador has issued a ground-breaking judgment upholding ‘Rights of Nature’ based on Article 71 of the country’s constitution (Caso Nro. 1149-19-JP/21).  The immediate effect of the judgment is to protect a wildlife habitat called ‘Los Cedros’, a nature reserve inhabited by many rare and endangered plant and animal species. However, the judgment has broader ramifications, since the court’s decision applies not just to protected areas but to the whole country. The decision may also be influential across the whole region. More

At the end of 2021, we issued the first edition of our Energy, Marine and Trade Regulatory and Investigations Newsletter. Our Global Team have produced a series of papers on issues directly impacting clients across the Marine, Trade and Energy sectors. This issue covers topics such as data privacy, international sanctions, supply chain due diligence, whistleblowing, private prosecutions, and deferred prosecution agreements. Learn more here. 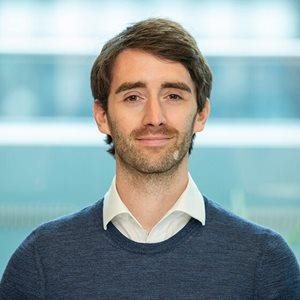