The Court of Appeal handed down judgment last week in the case of Paul v The Royal Wolverhampton NHS Trust. [1]

The case considered whether a secondary victim could establish the requisite proximity with the defendant to bring a claim for psychiatric injury after witnessing an horrific event that resulted from earlier clinical negligence. The full judgment can be found here.

Secondary victims are those who suffer psychiatric injury from witnessing sudden, shocking events to others, of whom they have a close tie of love and affection. The circumstances in which a secondary victim can recover damages are limited by five ‘control mechanisms’ derived from Alcock v Chief Constable of South Yorkshire[2], a House of Lords decision which arose out of the tragic Hillsborough disaster. One of these controlling factors is the need for the secondary victim to be present at the incident or its immediate aftermath[3]. Both physical and temporal proximity are required.

In a previous Court of Appeal decision, Taylor v Novo[4], the claimant sustained injuries at work from collapsing shelves. Although she was making a good recovery, 20 days later she collapsed and died in front of her daughter as a result of a pulmonary embolus, which was attributed to the initial accident. The Court of Appeal held that no claim could be brought by a secondary victim for psychiatric injury caused by a separate horrific event removed in time from the original negligence, accident or first horrific event. Lord Dyson MR felt that damages for psychiatric illness could not be recovered in respect of consequences witnessed months, and possibly years afterwards. The immediate aftermath extension was as far as the law should go.

Mr Paul was out shopping with his two daughters when he collapsed after suffering a heart attack. His daughters, as secondary victims who witnessed the incident, suffered psychiatric injury. They alleged that the defendant was negligent in failing to perform a coronary angiography 14.5 months earlier, which would have revealed heart disease, treatable with coronary revascularisation.

In November 2019, Master Cook granted the defendant’s application to strike out the claim on the basis that it had no reasonable prospects of success in light of the decision in Novo.

On 5 June 2020, Chamberlain J allowed the claimants’ appeal and reversed the Master’s decision on the basis that there was nothing in the previous House of Lords decisions in McLoughlin and Alcock to suggest that the horrific event had to be approximately synchronous with the negligence giving rise to it. He felt able to distinguish the decision of Novo on the basis that, in this case, there was only one event: the heart attack. The fact that it occurred 14.5 months after the allegedly negligent omission by the defendant which caused it did not preclude liability.

Although Novo involved two distinct events separated in time (i.e. the initial accident at work and the subsequent death), Lord Dyson had expressly approved the case of Taylor v Somerset Health Authority[5] which was not an ‘accident’ case but a clinical negligence case.

In Somerset, Auld J held there was no qualifying horrific event where the primary victim’s heart condition caused death months after the health authority’s negligence. In other words, it was a decision on all fours with the present case. On that basis, Novo was indeed binding authority and the defendant’s appeal was allowed.

However, Vos MR expressed reservations about whether Novo correctly interpreted the limitations laid down by the House of Lords authorities. Underhill LJ, who gave a concurring judgment, illustrated the arbitrariness of the distinction with an example given in a previous case:[6]

‘Why should the doctor who negligently prescribes a fatal medicine be liable to the secondary victim if the patient takes it, and dies (in the requisite shocking circumstances) straightaway, but not if they do so only a few days or weeks later?

Both Vos MR and Underhill LJ felt the matter merited consideration by the Supreme Court.

Secondary victims should not succeed in cases where the horrifying event is separated in time from the earlier negligence. Until the Supreme Court revisits the issue, it is worth recalling Lord Steyn’s previous judicial comments that the law in this area is a ‘patchwork quilt of distinctions which are difficult to justify’ but that the only sensible strategy is to say ‘thus far and no further’ and leave any expansion to Parliament[7]. 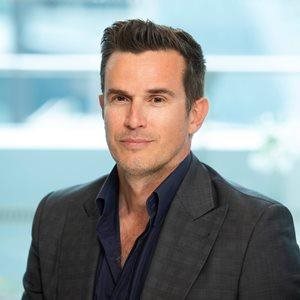